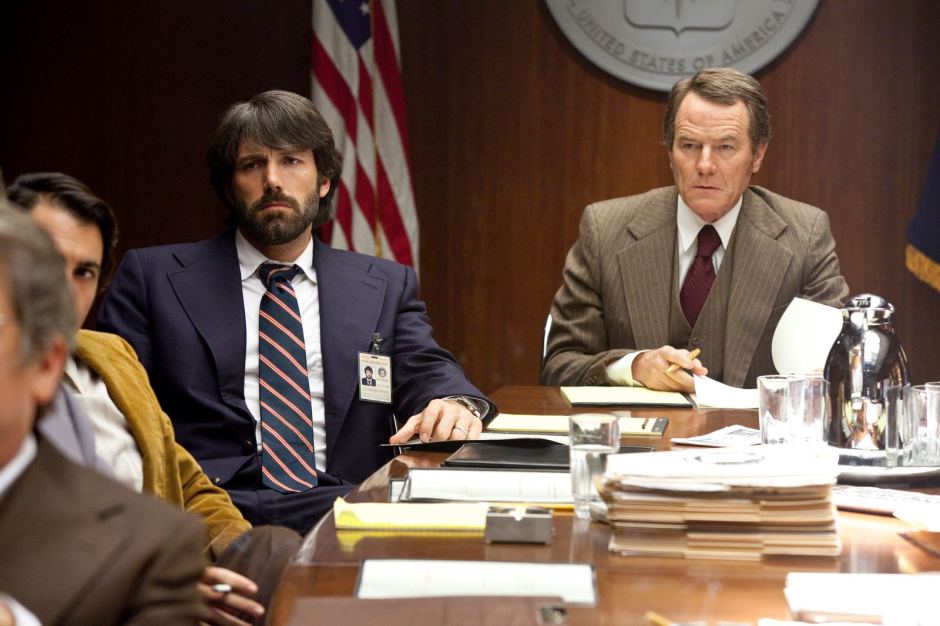 Like all film-lovers, I’ve had a complicated relationship with The Oscars™ over the years, but my general feeling is that I dislike the ways it rewards filmmakers and actors (and when it gets things right it’s usually for the wrong reasons anyway), and I dislike the way it affects how American studios create and distribute certain kinds of films. There are subgenres of ‘Oscar-baiting filmmaking’ that generally produce either torpid, listless, dull and often overlong films of little human interest but with plenty of empty emoting and visual grandstanding, or, as with last year’s winner The Artist (2011), perfectly entertaining little movies with an inflated pseudish cachet.

Argo falls into the latter camp: it’s entertaining and I enjoyed it for the most part, but I wouldn’t make any great claim for it being the height of film art. In fact, it’s rather campy in places: Alan Arkin and John Goodman as Hollywood studio people seem to be in an entirely different film. The scenes set in Iran at the height of the 1979-80 hostage crisis, though, are appropriately gripping, as we watch Ben Affleck’s CIA agent working to “exfiltrate” the six escaped US embassy workers, who are uneasily holed up in the Canadian ambassador’s residence (played by the ever-reliable Victor Garber).

Plenty of others far more knowledgeable than I have picked holes in the history, and I don’t doubt it takes liberties with the facts. More concerning is the demonisation of many of the Iranians, though the film’s animated introduction makes it clear that the US itself had a great part to play in the radicalisation of Iran and the overthrow of a democratically-elected government (as remains their wont to this day). Nevertheless, when it’s focused on the intimate human drama of these six Americans and the oddly far-fetched plot to get them out of the country, it makes for fine entertainment.