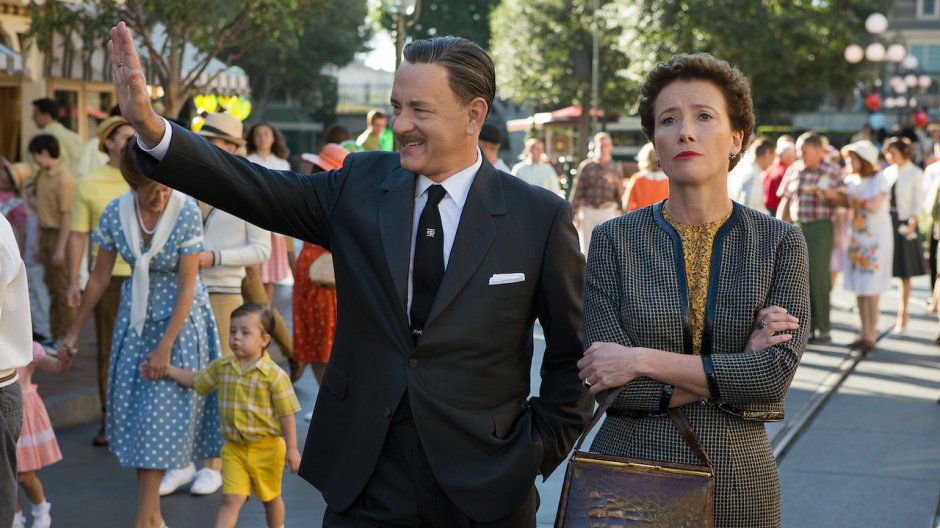 As Cast Away (2000) proved, Tom Hanks hasn’t exactly been averse to feature-length product placement films, and while it would probably be perverse to say this is all just one big advert for the magical power of Walt Disney, it certainly doesn’t shy away from hymning the transportive power of childhood entertainment (after all, it’s made by Disney Studios). It deals with the making of their film of Mary Poppins (1964), specifically with the negotiations that took place to get the original book’s author, Mrs P. L. (Pamela, but never call her that) Travers, onboard. It’s through the curmudgeonly Travers, played by an on-form Emma Thompson, who makes the whole enterprise at least somewhat palatable, taking Disney’s self-aggrandising lustre off with her bitter and cynical asides about just about everything she encounters. In that sense, you could look at it as a classic fish-out-of-water scenario, and that’s probably the best way to enjoy the film.

Part of the success of the film is that its subject, Mrs Travers, is clearly such an interesting historical character, but one whom very few people know about. From the very first frames of the film, a parallel structure is set up between the contemporary world of the early-1960s and Travers’ childhood growing up in Australia just after the turn of the century, as the son of an alcoholic bank manager father (played by Colin Farrell). In some ways, you need the saccharine pomp of Disney in his Los Angeles headquarters to temper the bitter edge of Travers and her life, though the parallel structure does mean that Travers herself is seen coming to some kind of understanding of Disney’s project through reflection on her childhood (in reality, she hated the finished film). This creates an explicit link between childhood memories and the fantasism of the children’s entertainment industry (as epitomised by Disney) — between Travers’ real father and that of the father in Mary Poppins (after whom this film is titled) — which can all seem a bit obvious and over-sentimentalised at times in the film.

That said, Thompson’s performance is a marvel, given the character as written hardly has very much more to say for most of the film than “No, no, no. No no no no NO! This simply won’t do” and the like — she is particularly set against the animation. The bulk of the film’s Los Angeles sections are taken up with her locked in conflict with the film’s writer Don (Bradley Whitford) and the two composer brothers, Richard and Robert Sherman (Jason Schwartzman and B.J. Novak, respectively), into which fray Disney himself (an avuncular Hanks) tries to bring peace, to limited success. These sections are however far more enjoyable than those set in colonial Australia, though Farrell does perfectly well as the loving but dissipated father. The younger Travers has little more to do than look golden-haired and angelic, betraying little hint of her later grumpiness.

In the end, Saving Mr. Banks is a film about the interplay between childhood innocence and adult disappointments as made by Disney, so that should be a guide for viewers as to the tone the finished film takes. That said, Thompson and Hanks do their best to efface any of the more overt sentimentalising in their performances at least, making this a very watchable and easily digestible piece of filmmaking history.