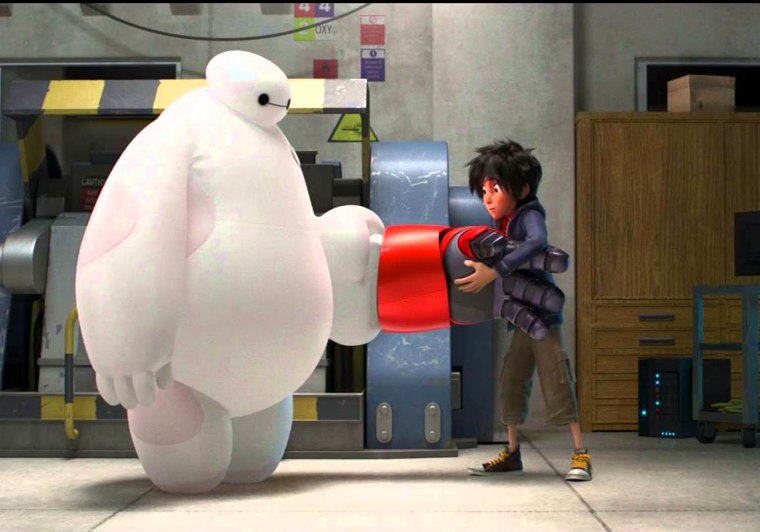 Big Hero 6 (2014, USA, dir. Don Hall/Chris Williams) [Wed 11 Feb at Cineworld O2 Greenwich]. There’s a lot of sweetness to this film, just as there’s a lot of sadness too, and I think for the most part the balance is really well maintained. The hero’s name is Hiro and his brother has created a big soft lovable health droid (voiced by the reassuring Scott Adsit), but when his brother dies in a mysterious lab fire, it’s down to this odd couple to solve the crime. It all gets a bit superhero-film towards the end, and there’s intermittent mawkishness, but for most part this is a delicate story of growing up, as well as an unashamed paean to technological geekery. Its fictional setting too, the Pacific city of San Fransokyo (a composite of American and Japanese culture) is beautifully rendered and makes one wish such a place really did exist. 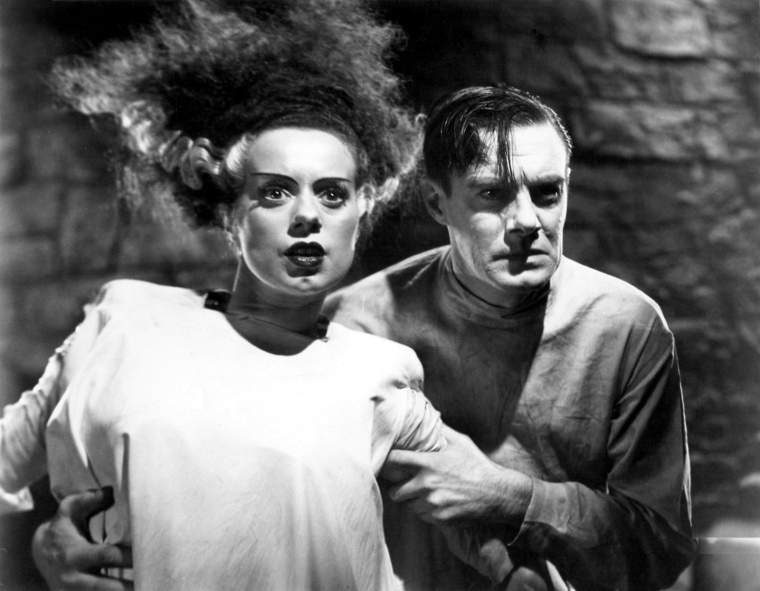 Bride of Frankenstein (1935, USA, dir. James Whale) [Wed 25 Feb at home]. A classic horror film which I’d never seen before, and indeed is quite excellent, including its use of beautifully-contrasted black-and-white photography allied to some quite nifty techniques on the part of the director James Whale. His life story provided its own interest in the 90s biopic Gods and Monsters, which lifts its title from a line in this film, and indeed Bride has plenty of good quotable lines in its story of Dr Pretorius (Ernest Thesiger in a superbly campy performance) who wants to create a mate (Elsa Lanchester) for Dr Frankenstein’s monster (Boris Karloff). Most of the (relatively short) film is taken up with the machinations of Pretorius, though the story of the monster allows for some ever welcome lessons in tolerance and understanding of the Other. But at its heart this is a classic gothic horror film. 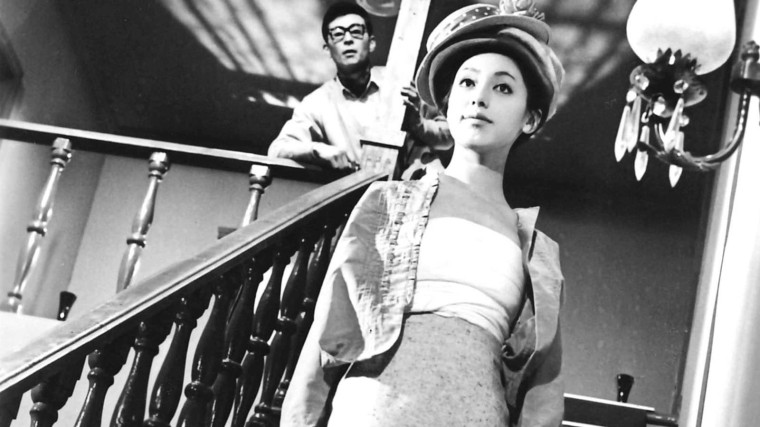 河内カルメン Kawachi Karumen (Carmen from Kawachi) (1966, Japan, dir. Seijun Suzuki 鈴木清順) [Tue 3 Feb at the ICA]. From the archival strand of a touring programme of Japanese films is this curious little number from the prolific Seijun Suzuki (most famous for the contemporaneous Tokyo Drifter and Branded to Kill, the film that got him fired from his studio). He has a real way with deliriously pulpy subject matter splashed across the widescreen black-and-white frame. This film takes themes from the opera of the name, by presenting our heroine Tsuyuko as a poor woman from a working-class suburb working her way up in the big city, including a stint as a hostess at a bar (given the period, it’s all fairly indirect, but seems to imply prostitution), but she’s knocked back by circumstance and some pretty terrible behaviour which affects both her family life, her relationships and her living situation. In fact, almost all the men here act callously, pushing her by turns towards a vengeful track, though the film withholds the kind of judgement you’d expect in a Hollywood morality play of the era. If the sheer force of events suggests a tragic dimension to the character, then this is partially countered by the forthright acting of the leading lady (Yumiko Nogawa), and the film offers much, too, in the way of stylish camerawork and staging. 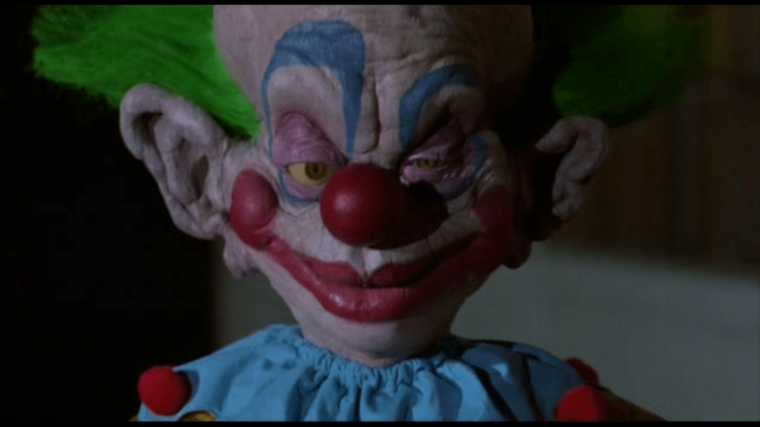 Killer Klowns from Outer Space (1988, USA, dir. Stephen Chiodo) [Sat 21 Feb at a friend’s home]. Coming into this film with no prior awareness except to expect a certain level of trashy exploitation, I was pleasantly surprised at the consistent comic inventiveness of the premise. The title sets out a fairly self-explanatory story, but it’s the little details — like when the murderous alien clowns use balloons to make a sniffer dog to track down their human prey — which show the creators have made a real effort to follow through on their shonky premise. The acting is pitched appropriately, and the film delivers plenty of good fun. 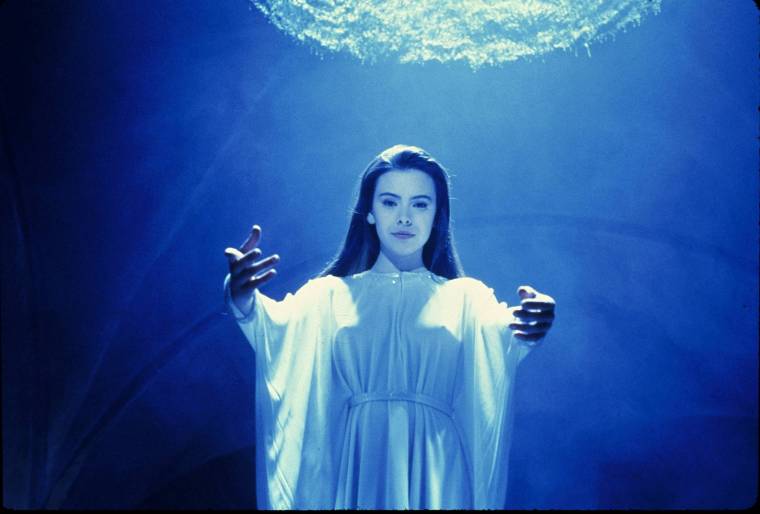 Lifeforce (1985, USA, dir. Tobe Hooper) [Sat 21 Feb at a friend’s home]. I get the sense that a lot of thought has gone into this big budget space horror epic featuring naked vampire aliens running amok in London, but the execution is just a little iffy. There is, however, plenty of bonkers over-the-topness on show, plus a pleasing hamminess to a lot of the performances — particularly Peter Firth’s by-the-book SAS commander, as well as a short appearance for Patrick Stewart — but it’s all in the service of a leering story that lingers over Mathilda May’s body. Perhaps you could read it as a punishment for patriarchal oppression, but I can’t even convince myself of that. 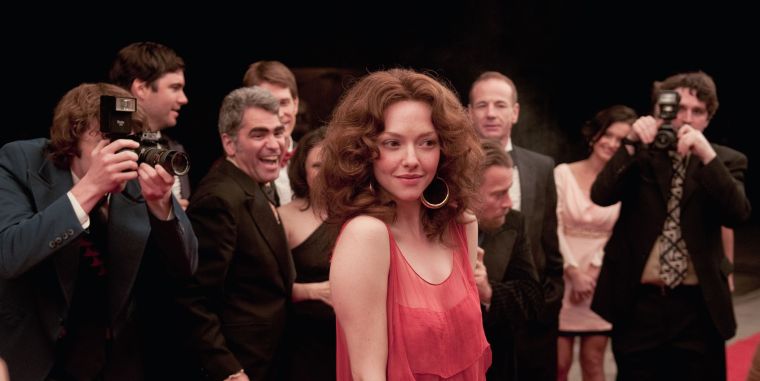 Lovelace (2013, USA, dir. Rob Epstein/Jeffrey Friedman) [Thu 18 Feb at home]. I appreciate the film’s attempt at a sort of modern-day Rashomon in presenting two sides of the story of Linda Lovelace, protagonist of the 70s most famous p0rn film Deep Throat. She is alternately a bright young ingénue taking hold of her career, and someone unscrupulously exploited by her then-boyfriend (Peter Sarsgaard) — though obviously the latter is given more prominence, surely being closer to the truth — but either way it’s clear that adult film was the not the world she wanted to be part of. There’s a deep strain of melancholy that runs through Amanda Seyfried’s performance in the title role, and this was clearly a difficult period of Lovelace’s life, but it’s something the film only intermittently captures. 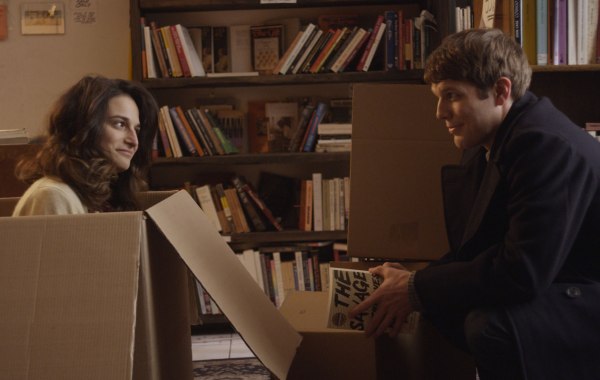 Obvious Child (2014, USA, dir. Gillian Robespierre) [Sun 22 Feb at home]. A second viewing of a film I loved and reviewed last year, and it’s fair to say I still love it. Jenny Slate does some wonderful work. 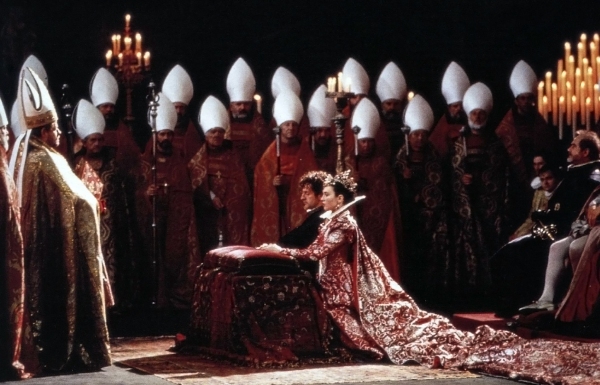 La Reine Margot (1994, France/Italy, dir. Patrice Chéreau) [Sun 22 Feb at home]. A lot of Chéreau’s directorial work for film was in comparatively little psychodramas, but his background in opera means I can’t imagine many others being able to handle such a grand spectacle of a film, and he does so very comfortably. The tendency with this kind of prestige production is to get bogged down by celebrity showboating and overblown melodrama, but despite having plenty of famous (French) faces and a long running time, Chéreau keeps it all in check, such that the details of what to foreign eyes is a relatively little-known period of European history becomes a vital and interesting study in corrupted power and its bloody effects. It’s been re-released recently in France in a longer cut, closer to the director’s original vision, but even the truncated version I watched had plenty to love. 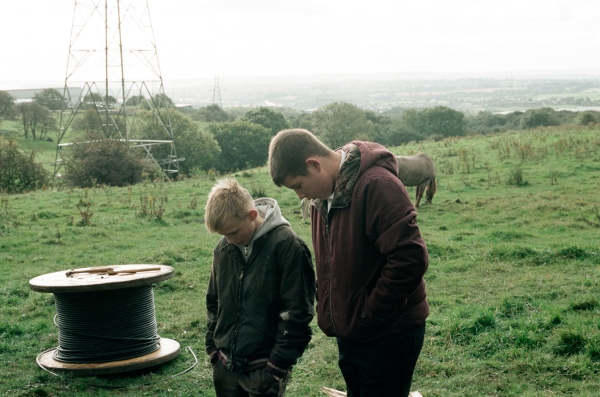 The Selfish Giant (2013, UK, dir. Clio Barnard) [Sat 7 Feb at home]. Clio Barnard’s earlier docu-drama hybrid The Arbor (2010) now receives something of a companion piece with this fiction film, also set in the grim industrial north, focusing on a couple of wayward kids living on a council estate trying to make ends meet. The particular path the two follow, of collecting scrap metal and racing horses in the street, seems like something from another era of British history, but despite dealing with a familiar coming-of-age loss-of-childhood-innocence character arc, the film’s performances and setting give it a freshness that this genre can so often lack. 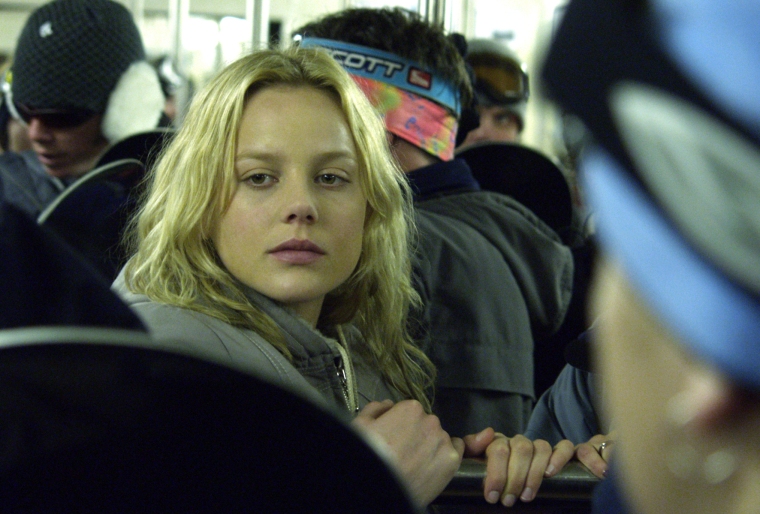 Somersault (2004, Australia, dir. Cate Shortland) [Tue 10 Feb at home]. This little Australian film shows a sure hand from its first-time feature director, with a great sense of its rural locale and a fine performance from Abbie Cornish as the young woman forced to flee home and live by her wits. It’s another coming-of-age but one done with sensitivity to its protagonist’s sexual awakening, along with the dangers attendant on that. 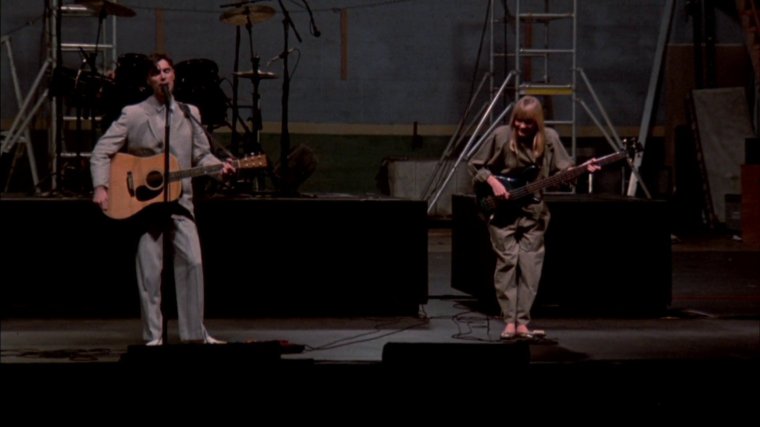 Stop Making Sense (1984, USA, dir. Jonathan Demme) [Sat 7 Feb at home]. Still a giant of the concert film, Demme’s staging and filming of a gig by the New York new wave band Talking Heads masterfully cuts to the heart of the music’s drama. Obviously, any concert film is going to stand or fall on how much you like the band’s music (I love it, having grown up with it), but it helps that frontman David Byrne is a compulsively watchable performer, and that there’s so much joy exhibited on stage, as the spectacle slowly builds up song by song.