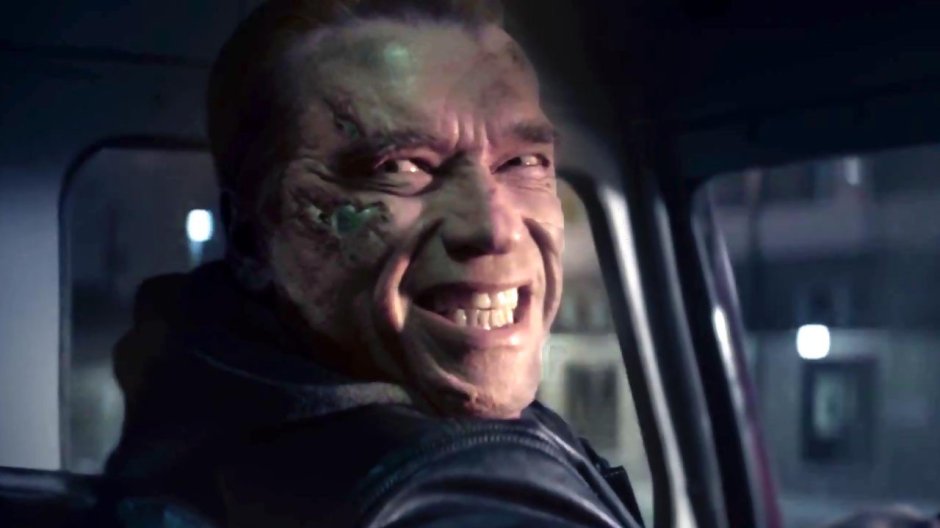 Another attempt to kick-start a veteran science-fiction franchise, this fifth Terminator film harks back to the first one, even repurposing footage from it to create an inter-generational fight scene, which is pretty much the best thing on offer here. That said, I find it difficult to write the whole thing off as awful, because despite a general lack of inspiration — bolstered by a largely vacuous young cast (Jason Clarke’s John Connor at least carries the wounds of war, but nobody really convinces as a battle-hardened veteran) — it never actively offended me, and even offered a fairly entertaining two hours. Sadly, the script is largely at fault, with characters being forced to spend large chunks of screen time explaining the convoluted time travel premise, which involves multiple timelines and allows Kyle (Jai Courtney) to retain memories from the other timeline. At least… I think? It’s hard to really be sure. The big (non-spoilery) twist is that Emilia Clarke’s Sarah Connor now takes the lead in her relationship with Kyle (thanks to tutelage from a second Terminator/Arnie). Beyond that, the film constantly references plot points and memorable images from the first couple of films, suggesting that were it not for the messy time travel narrative, it could have just been a simple reboot of the stripped-down original, and perhaps that would have been better.