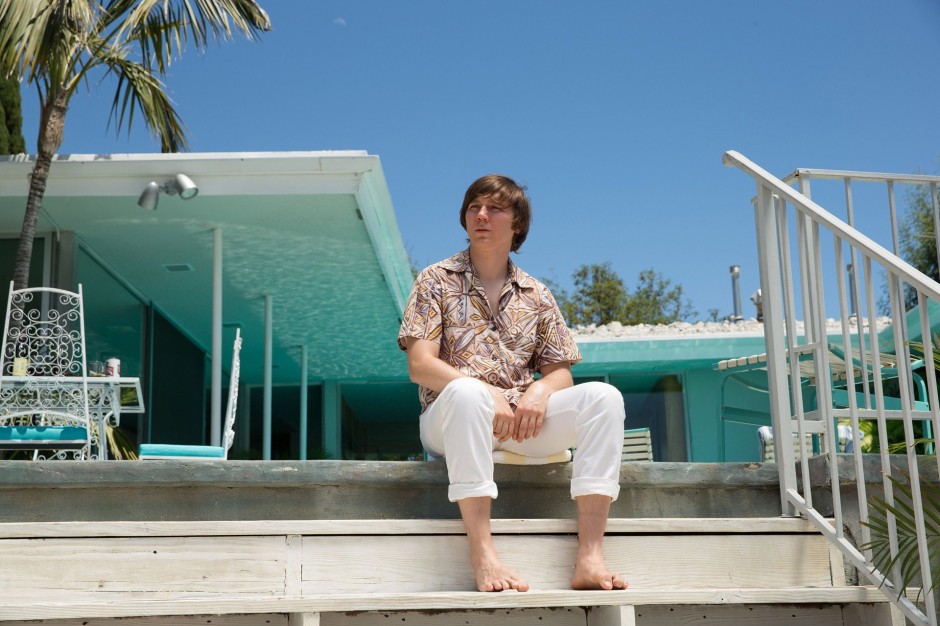 To be honest, I’m no huge fan of Brian Wilson or his music. Sure I have a copy of Pet Sounds and I acknowledge its undoubted artistry, but there’s a level of lionisation with Wilson’s work that sits uneasily with me. “Genius” is a word apt to be applied to creative white guys and the film uses it in a rather pointless final card, but at the very least he’s a virtuoso. Still, if you’re going to do a biopic of the man, this one certainly seems to take the right way, overlapping narratives (60s Brian played by Paul Dano, and 80s Brian played by John Cusack) to echo the way that Wilson himself juxtaposes harmonies and keys in his music. Cusack’s (lack of) resemblance to Wilson has already been covered pretty well elsewhere, but in large part he’s just a foil to Elizabeth Banks’s Melinda, who helps him to come out of the heavily-medicated dark hole that his doctor (an almost Grand Guignol villain turn from Paul Giamatti) keeps him in. That story feels like a bit of a cop-out (history is written by the winners after all), and Banks is almost too saintly, though she’s always been a sympathetic performer. However, when the film focuses on Dano’s remarkably poised performance, crafting music in the studio by channelling his wayward creative mind, it really hits its stride.