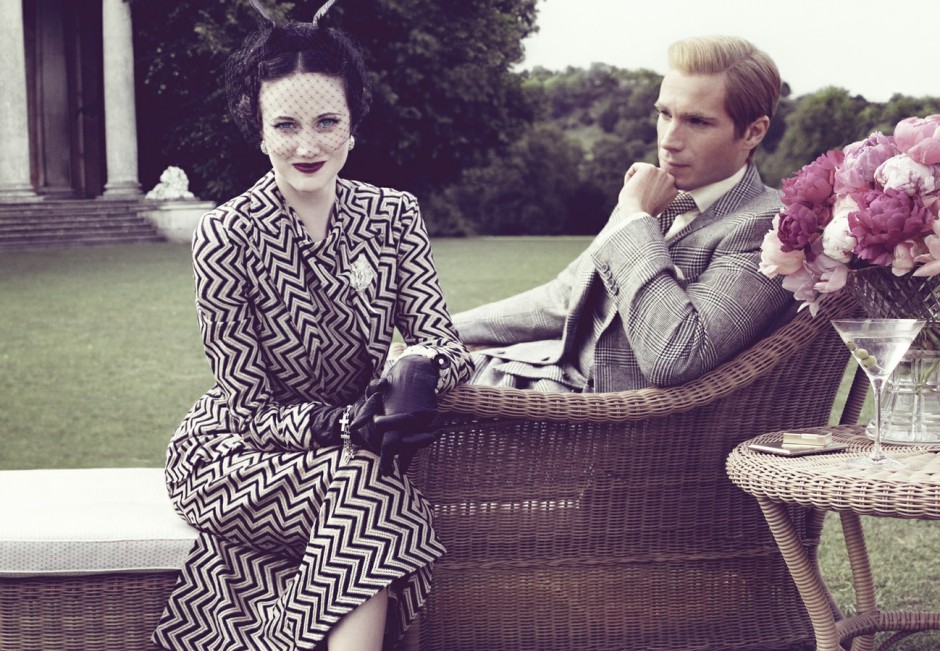 I think it’s fair to say that W.E., which depicts the love affair between King Edward VIII (or “David” when he wasn’t the king) and Wallis Simpson, got a bit of a critical kicking when it came out. That’s not to say that certain elements of the film aren’t easy to deride — some of the scenes just seem misjudged or laughable (an elderly Wallis dancing for her ailing husband comes to mind), and the camera has a tendency to wander a bit loosely — but I imagine a lot of it comes down to its framing narrative, which uses historical objects as a means to enter the past. This fetishisation of material things is, indeed, an overriding element of the story — objects, clothes, set design, hairstyles and make-up, all of these things are fawned over by the camera and lavishly depicted — though it shouldn’t really come as a surprise given the film’s creator. But that needn’t be a drawback or a criticism — if anything it’s just making explicit the pitfalls of recreating historical events for the screen. In any case, the history is very much nested within a modern story of Wally (Abbie Cornish), who has grown up obsessed by the historical romance, and in communing with their personal effects at a Sotheby’s auction, via flashbacks starring Andrea Riseborough and James D’Arcy as the royal couple, comes to understand that their love affair wasn’t perfect. At the same time, her own marriage is foundering and she is falling for a security guard, Evgeni (Oscar Isaac), hence the “W.E.” of the title refers to both of these couples. The film isn’t perfect, but the actors are all excellent, and moments of absurdity aside, this is on the whole a handsomely-mounted period production.