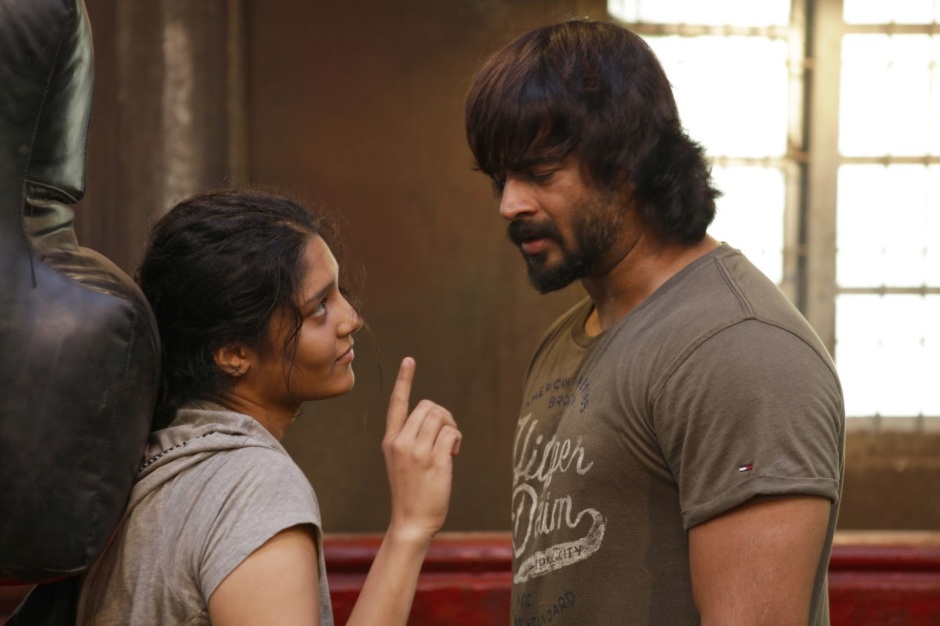 There’s plenty of life left in the boxing drama (the recent Creed proves that), even when it’s told about women’s boxing or from a woman’s perspective — hardly unfamiliar to those who’ve seen Million Dollar Baby (2004) or Girlfight (2000). This Tamil/Hindi film (it was made in both languages and released under separate titles) takes its place in that lineage and though it may lack the big budget of its Hollywood counterparts, it proves itself the scrappy underdog — not unlike its star, Madhi (played by Ritika Singh), who lives in poverty in Chennai, making money by selling fish, but shows enough promise in the ring to interest trainer Prabhu (R. Madhavan). Madhavan is clearly the star here, and its mostly on his beefily charismatic presence that the film coasts — his character is down on his luck, he drinks and smokes (vices which merit an on-screen statutory health warning in Tamil Nadu it seems), and is constantly fighting against the corruption within the sport’s administration which seeks to sideline him and his charges. Singh, meanwhile, is called on to be little more than angry and scowling for the first half, before finally finding a measure of inner strength and resolve towards the end.

In the end, the film leans rather too heavily on clichéd tropes, among which are frequent use of desaturated slow-motion footage to call back earlier moments in the film, not to mention plentiful montage training sequences — though one or two of these come closer to energetic dance numbers, which makes sense given its Indian production context. It’s not the most satisfying film in the end, but it has enough spark within it to make it an enjoyable enough watch.