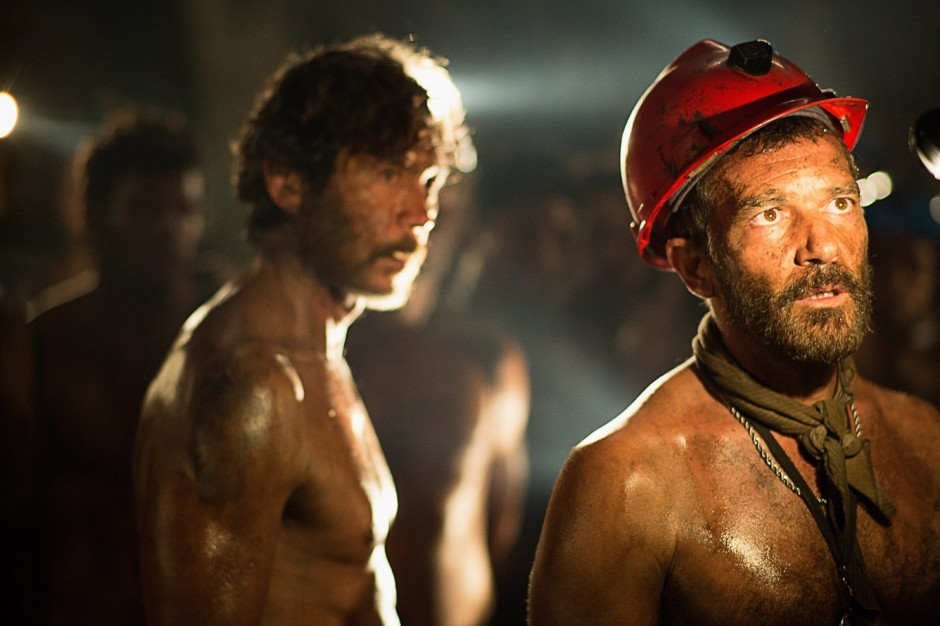 It feels like there are two distinct films within this relatively big-budget Chilean/Colombian co-production, based on the real-life mining disaster at Copiapó in 2010 in which 33 miners were trapped underground. One is a film of excellent cinematography in underground chambers, of fine acting by the ensemble cast, depicting the lives of ordinary people in an extraordinary situation. It does a really good job, in particular, of capturing these men’s weary lined faces as they assess their chances, and of their families above ground (mostly wives and children) hoping and praying for their survival. That’s a good film.

And then there’s the film as it’s scripted, replete with disaster clichés, spoken in heavily-accented English, and — perhaps suggesting some of the commercial focus of the filmmakers — even setting up a triumphal US involvement towards the end (though thankfully backing off from giving too great a value to that). This is the film in which the engineer played by Gabriel Byrne (of all people; mostly the cast are Latino) points at a 3D rendering of the mine overlaid with a graphic of the Empire State Building (two of them in fact) to represent the size of the obstacle. This film is not nearly as successful. People shake their heads (Byrne again) and say “we need to face the TRUTH dammit” while others (the Minister of Mining, played by Rodrigo Santoro) say “No I believe en mi corazón that they’re still alive, and now let me go listen to a touching old woman’s song” (yes, I’m paraphrasing obviously, but not much).

On balance, I think the good film wins out in the end, but only just. It’s beautifully filmed, and the tension is solidly crafted — it would be all but unbearable if we didn’t know the real-life outcome. Perhaps on reflection, it’s the cast speaking in English I object to the most, but there’s still plenty to like, and Banderas is a dependable linchpin for the unfolding drama.