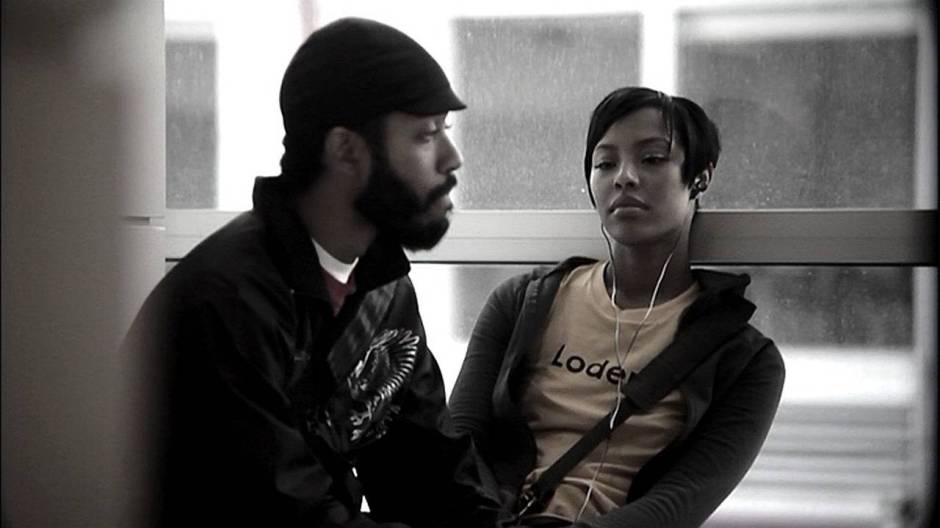 With the director’s second film Moonlight gathering so much critical acclaim, there have been a few screenings (like this one) of his 2008 debut, which never made much of a splash over in the UK aside from a London Film Festival appearance. It’s a relationship drama set in San Francisco between two people. On the one hand, there’s a story of feelings (because “love” is probably too strong a term), as these two are roused the morning after a drunken one-night stand and spend the ensuing day in one another’s company. But it’s also the story, not coincidentally, of two black people. Two black people, to the point, who live in an increasingly white city, a rapidly gentrifying city — a city of coffee shops and kombucha and technology (MySpace — either a dated reference, or a thematically-loaded harbinger), a city of indie pop club nights and museums presenting black historical experiences which, being in a museum environment, have a certain alienated character. There’s a level at which this is like a terrifying sci-fi in which these two people are the last two in a bland expanse of corporatised white space. Or at least that feels like maybe the story Micah (Wyatt Cenac) is trying to tell, whereas Joanne (Tracey Heggins) isn’t exactly having it. In this dialogue on race and the city space, which enters and leaves the film periodically, their relationship pushes and pulls. Likewise, colour bleeds, almost imperceptibly at times, into and out of the image (for much of the time it’s a stark black-and-white). Still, ultimately this is a film about two people spending a day together, and at that it feels unforced and real. It feels a long way from Moonlight, but maybe in being about that contested space between two people, it’s not so far after all.