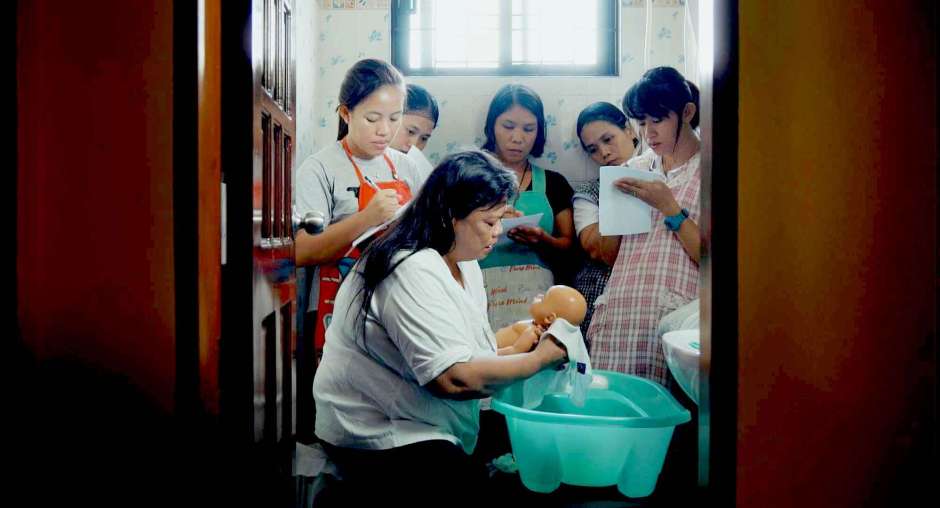 My penultimate day at the London Film Festival started with a screentalk from Kasi Lemmons, director of Harriet (part of this year’s festival, though sadly a film I shan’t be seeing here, as it was a late addition), but also many other films I’ve loved over the years. Her five feature films were all covered, with clips provided, in an interview chaired by Gaylene Gould, and I’m reminded of how underrated and funny Talk to Me (2007) is, not to mention her seasonal musical drama Black Nativity (2013), though of course it’s Eve’s Bayou (1997) which received the most attention, and for good reason. Lemmons was voluble about her career, which stretches back to her early childhood as an actor, and is an inspiring figure in general, happy to speak to her many admirers after the screening. I did not ask a question, although I do wonder how the film will be received Stateside, given the recent prominent critiques of Black British actors playing iconic African-American figures. I certainly plan to see it though, and Cynthia Erivo has already shown in Widows that she’s a star in the making. Of the four films I saw, they span several countries, including two German films (one from the East in the 1960s, and the other a recent mystery thriller) both with slightly tricksy narrative structures), two black-and-white films (the East German one and a recent Saudi film directed by a woman in a magical realist style), and one documentary.

A real discovery this one. I’d seen a small retrospective years ago of director Frank Beyer’s later works, but this 1962 film really lays out its anti-fascist credentials from the off, following a young Armin Mueller-Stahl as Michael, a Communist worker in 1930s Germany who finds himself on the wrong side of the political ruling class. He’s eventually jailed and, upon the outbreak of war, sent to the Eastern front, which inevitably pushes him apart from his childhood sweetheart Magdalena (Annekathrin Bürger), though she too finds herself working for the Soviets. Obviously that latter fact can be put down to this being an East German film, so the Soviets play a pretty sympathetic role in things, but it’s great at charting the rise of Nazism in the backdrop of this story, and it’s even greater at the way it uses expressive lighting and camerawork to effectively convey their story, both before and during the war. A technical and emotional triumph.

This is a Belgian documentary by a Korean-French filmmaker about young Filipina women, which captures a lot of the transnational flavour of the kind of work they do. The women are filmed at a training school in Philippines where they are learning how to be maids as part of the Overseas Filipino Workers (OFW) programme, a governmental initiative (originally from the Marcos era it seems) to generate income for the country by sending its people out as labourers. Men may become seafarers or construction workers, but the women largely enter domestic service. At the training school they tell their stories, as many of them have previously worked overseas and find it a lucrative way to make more money than they could at home; most of them have young families to support, after all. However, it becomes clear that their work — which for the women we see is mostly in the Gulf states (Saudi Arabia or the Emirates) or SE Asia (Singapore and Hong Kong) — is long and gruelling and they are often exploited, whether as something akin to slave labour, or in more crudely demeaning ways.

These stories are related with laughter at times through the tears, but it’s a shared experience amongst all these women, so though the film and its subject can be depressing, sharing time amongst the group as they go through training somehow carries a sense of struggle against adversity. Among the most striking sequences are scenes where they re-enact typical situations they might encounter, whether it’s serving food and laying out cutlery correctly, being bullied over minor details of toilet cleaning, or a sequence where the man of the house tries to rape his Filipina maid, rendered wryly grotesque by the Sharpie moustache on the woman playing the man’s role, and followed by a whiteboard session where they brainstorm methods of coping with such a situation. “Kick the balls” gets the most positive attention, but “pray to God” is further down the list, before it gets to “contact your agency/immigration”. Needless to say, the woman who’s training them shakes her head vigorously at the suggestion of going to the police.

The film finds a nice balance between some of the more depressing content, and the camaraderie of this shared situation. It also has a fine sense of documentary style, with expressive sequences of contemplative stillness amidst the training centre scenes, like the picturesquely flooded roads outside the centre, or moments of quiet reflection for the women. 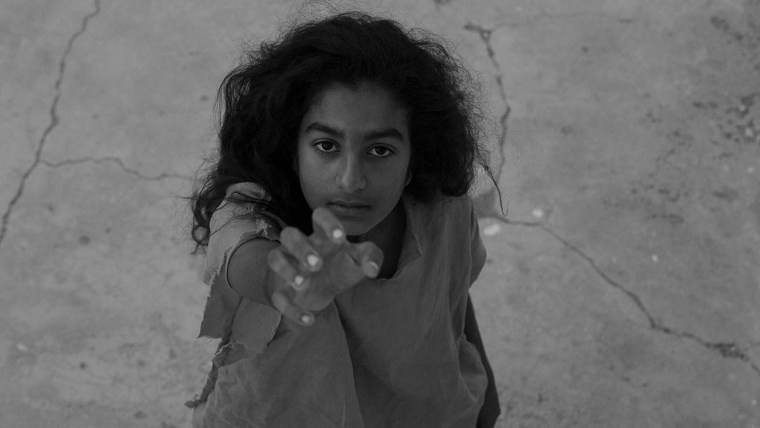 Certainly a striking film, this fabulist folktale tells a story of women’s strength but sets it in a sort of timeless coastal fishing village nether-place (albeit filmed in Oman). This is a place where the first-born daughters are cast by their parents in the sea to be retrieved and raised as mermaids by a figure they refer to as the Sea Maiden, who the villagers then fish and kill, apparently for food. Young Hayat (Basima Hajjar) has been spared this fate by her father, but has been left with scales on her foot where the Sea Maiden grabbed her as a baby. She then goes to work on the fishing crews, and the story sort of goes from there. It has an at times ponderous sense of its own magical realist trappings, and looks pretty great although moving murkily through this material. I can’t say I didn’t like it, but it’s going for grand spectacle at times, and perhaps that’s the best way to smuggle in progressive social themes to this region’s cinema.

I do love a tricksy narrative structure, and this one certainly has plenty of that, as after an opening sequence that ends in a surprising death, it starts moving both forwards and backwards in two parallel strands that meet in ways that probably won’t be surprising once you’ve learned what motivates the various characters, but which by the end is more than a little suggestive of Sliding Doors and other similar romantic dramas that hinge around happenstance. There are lots of very cute little writerly touches (the palindromic names for a start), and some rather perfunctory exposition (a scene late in the film involving gunplay by a river seems to come from nowhere), but the film itself acknowledges its own reliance on coincidence by making that one of the key themes running through the film and all its characters’ interactions. It probably wouldn’t work at all without Saskia Rosendahl’s excellent central performance, and while this isn’t perhaps as slick as something by Christian Petzold or Fatih Akin’s In the Fade, it has enough of the same energy that I’d say they were operating in a similar sphere.