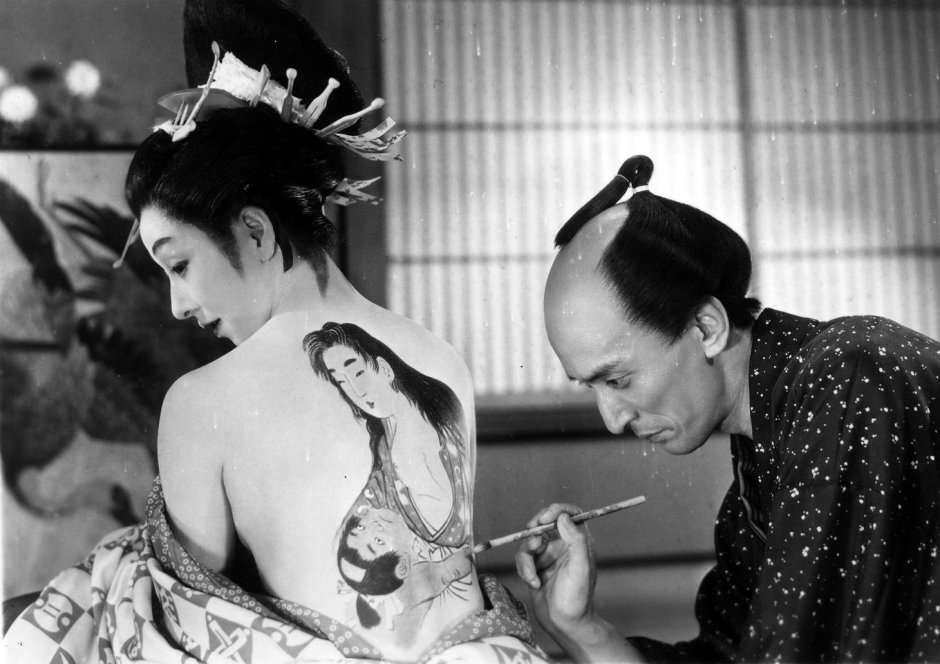 While there are a huge number of recent biopics I can (and have) reviewed recently during this themed week on the genre, they have also had popularity throughout the history of cinema, and in many other parts of the world. Today I am focusing on two Japanese examples I watched more or less back-to-back this past year, both of which are concerned with artists, and are made by among the better directors of Japanese cinema, Naruse and Mizoguchi. 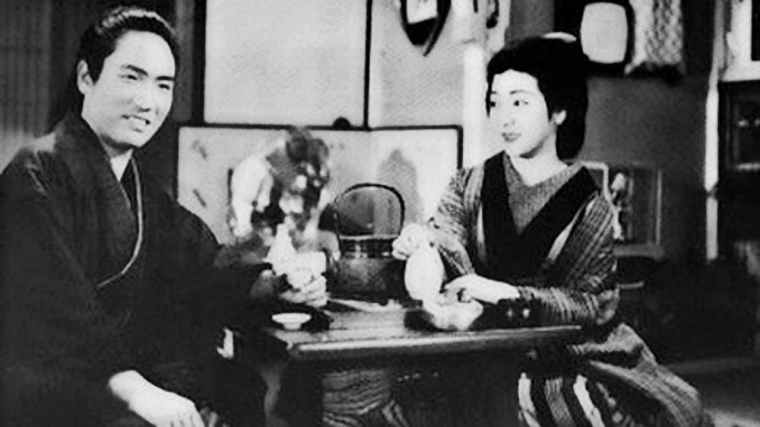 A portrait of an artist, in this case the popular turn-of-the-century (Meiji era) singer of the title played by Ryunosuke Tsukigata, which feels as a film a little bit underdone. It’s artist-as-egotistical-monster, as he recollects his past life ahead of a big sold-out show in Tokyo. For all that he’s smiling and regaling those around him, he quickly starts to come off as a small man, unwilling to perform except for lots of money (which in itself isn’t unreasonable) but then belittling to those around him, critical of his son’s lack of manliness, and high-handed with his wife (Chikako Hosokawa), whom he abandons for a mistress (Sachiko Chiba) which pushes her to death. There’s little reflection on his part, and it becomes just a series of these character flaws which are brought out through the acting and the script. Not a bad film, and watchably well-made, but Tochuken is ultimately a bit of a creep.

It’s probably not a stretch to interpret films about artists as being a reflection on the filmmaker’s own craft, and here we have questions of what it means in practice to be an artist — shunning relationships, and with a compulsive need to create all the time — along with ethical considerations that must have pulled on Mizoguchi. After all, Utamaro is drawn in his work to some of the lowest in society, people generally lacking in power (most notably courtesans) and to committing their lives to wood block prints, a radical act and challenging to the authorities it seems (along with Utamaro’s often frankly sexual subject matter), meaning at one point he finds himself in shackles. The whirl of society around Utamaro includes his publisher and a fellow painter, a student of another school of representation who takes offence at Utamaro’s statements, but who is persuaded of the errors of his ways by a duel (taking the form of painting rather than violence) and then joins Utamaro as his disciple. It’s all rendered with great grace and style, as one might expect from such a film master as Mizoguchi.