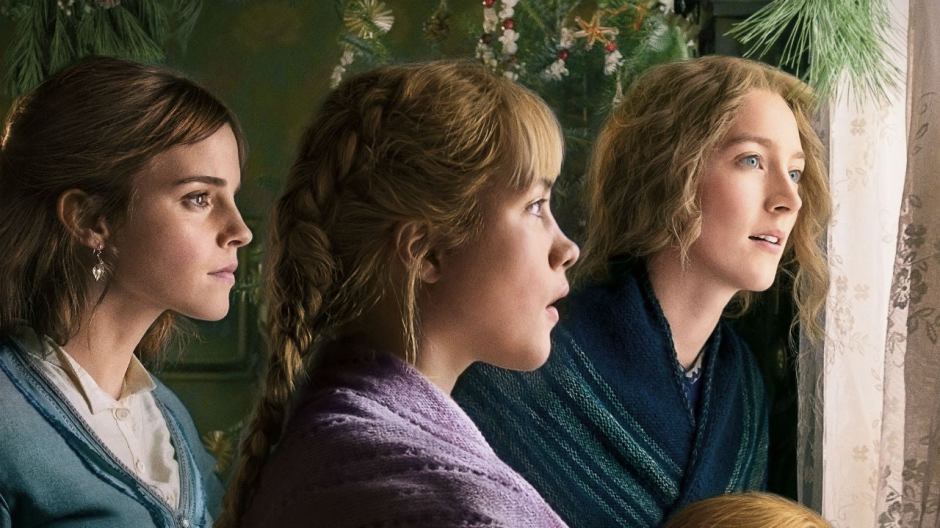 Given this film has only just been released, it’s a late entry into my contenders for favourite of the year. To my shame, I’ve never seen a previous adaptation, and I’ve had the book unread on my shelf for half my life. I intend to remedy both points, as I’ve now ordered a copy of the much-beloved 1994 version by Gillian Armstrong; I was a teenager when it came out which may be why I didn’t see it then. Still, this latest film convinces me that it’ll be worthwhile.

I’ve seen some criticisms of this that mostly follow along the lines of the way it’s put together — not just the tricksy narrative conceit of bridging a seven year gap in the sisters’ storylines by constant cross-cutting, and the way that the death of [you all know which one right; we all know that surely by now, this story having been made so very many times?] becomes so emblematic of the death of their childhoods, as they move into a world of adult responsibilities… but also the way that the editing feels rather choppy, as if in a rush to move through this story. I can understand that some might suggest it would make a better miniseries, but honestly I think there’s little need to dwell too long on such a familiar story.

Despite not having read the original or seen any previous adaptation, the character arcs feel somehow very familiar, even as director Greta Gerwig brings something modern to the story. I imagine the older sister Meg has always felt a little bit underpowered (and requires someone of the iconic stature of Emma Watson to even bring a little bit of pathos to a very telegraphed storyline). Beth has humanity here, ironically a little bit more life to her than I had expected, but as presented it feels as if Little Women is canonically all about the conflict between Jo and Amy — and those more familiar with the story can put me right if this isn’t the case. Both Saoirse Ronan and Florence Pugh are wonderful actors, perhaps the best of anyone in the cast (and this is a cast with Laura Dern and Meryl Streep in it), but they capture the most attention, and there’s as much nuance in both performances as in any of recent memory (as much as in Streep’s, doing some of her finest work in years I think for the number of scenes she has). There are, for example, inflections to Ronan’s face in certain scenes that pull me back strongly to Cate Blanchett in Carol (if only because I’ve seen that film so often and so recently, not that I’m suggesting anything about Jo, though it certainly did cross my mind).

Aside from the acting, there’s a heavy emphasis on the monetary, proprietorial nature of marriage in this era, the sense of romantic partnership as transaction, which is what makes Amy’s storyline in particular so freighted with pathos. There’s this short scene where Streep’s elderly aunt calls Amy in from painting, something she loves and enjoys and wants to make a success out of (despite her self-awareness of her own limitations), to baldly inform her that the fate of the family basically rests on her making a good marriage and to forget about the frivolity of learning and artistic endeavour she’s currently engaged in. There are several scenes of this nature — in which women are confronted matter-of-factly with the reality of their world — that pass by almost subliminally, given the aforementioned speed of the film and its editing, but which resoundingly linger as these contrapuntal notes in what is otherwise a beautiful, warm and enriching film about life, with all the autumnal beauty and familial warmth you’d expect from a U-rated period drama. I suppose it could feel a little heavy-handed, but I think it all works enormously well within the context of a properly family film to make clear the constraints within which the characters live.