With Agnieszka Holland’s newest film out in cinemas (I don’t imagine many of them) tomorrow, now seems like a good time to look back at two of her earliest films made in Poland, both of which deal with actors and (more in the latter film) their relationship to their directors. Both make for interesting portraits of the professional work of actors, not to mention a turbulent era in the country’s history.

This three-part film is credited to three directors, but given its focus on acting I think of Agnieszka Holland’s next film Provincial Actors as a sort of thematic bedfellow. In its first two parts it separately follows Anka (Daria Trafankowska) and Paweł (Andrzej Pieczyński) as they negotiate various amorous relationships that don’t quite work out for either of them as they had perhaps hoped: Anka is infatuated with a boy who tries to pass her onto his friend after sex; while Paweł falls for the boss’s wife and thinks she might have feelings beyond their time together. In the final act, the two come together as actors for the screen tests of the title, and the success with which one of them uses these earlier experiences as grist for the performance seems to prove the difference in their respective ability on stage. There’s something here about the craft of the actor that goes beyond just the parallel stories being told of love and disappointment. Certainly it suggests the breadth of talent in Polish cinema of the time, and the little black-and-white screen test vignettes pop up throughout the film to punctuate the drama. 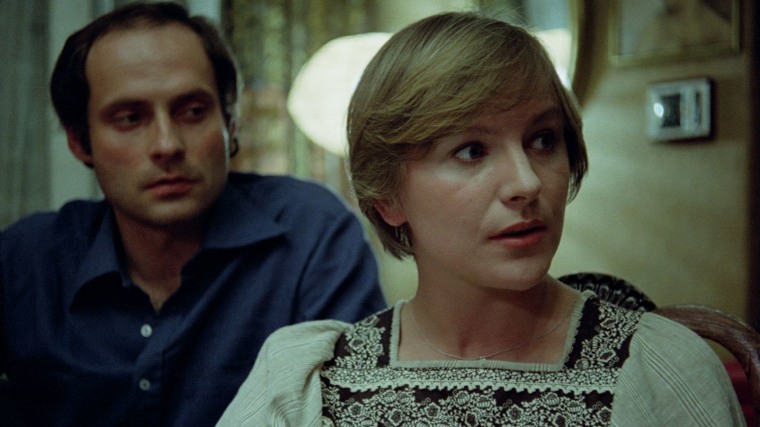 Nice bit of proper 70s cinema, with a close-in camera, grainy film stock and a sense of people plodding towards a damaging political (and personal) future. The story is of a theatre actor (Tadeusz Huk) entering his 30s, worried about where his life is heading, clashing with a smug young Warsaw director (Tomasz Zygadło), while meanwhile his marriage seems to fall apart. But the worries are ultimately about the state of the country it seems, and giving up seems like a viable option.