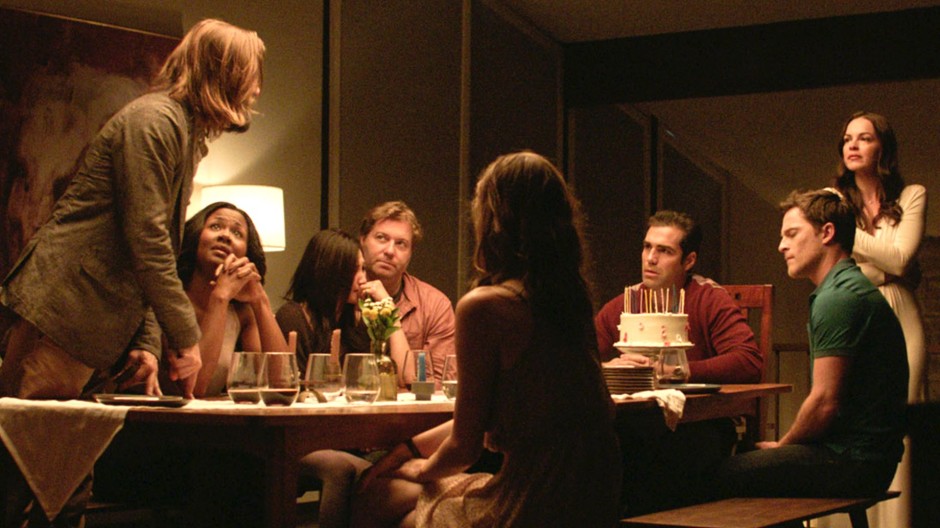 The thing about devoting a week to American indie cinema of the last couple of decades is that it tends to cohere around a fairly self-contained representation of society, which is to say it’s very middle-class and white, with a lot of films about struggling post-university 20-somethings and relationship dramas. This is why I wanted to loop in more class-based dramas like Skate Kitchen which deals with a poorer subsection of the otherwise familiar New York City, and while today’s film is about well-off people having a talky social gathering, it does differ a least in tone as it increasingly moves towards horror. (Indeed, there’s actually a subgenre of “mumblecore” dubbed “mumblegore” and while this film isn’t that, it’s interesting to see the way that indie cinema has mutated and spread into genre filmmaking.)

Most horror films, I suppose, are based around the externalisation of fear as something which can attack you, but this one seems to be using grief instead. It’s about a man (Logan Marshall-Green) and his girlfriend (Emayatzy Corinealdi) who are invited to his ex-wife’s (Tammy Blanchard) for dinner, where their relationship history is revealed (not such a surprise, but affecting) and something else seems to start taking place. There’s a sense of it developing like one of those Buñuel films, except replacing gradually-mounting absurdism with terror. The director shows her assured control here: there are some great compositions and a slow-building tension that grips throughout.