I think if we’ve all learned anything from the last few decades of study and research about women in cinema is that there has been a paucity of women creating cinema since the silent era, i.e. from when cinema started to be seen as a viable industry and not just a hobby or a sideshow. This means a lot of women’s work in cinema has been in non-commercial spheres like the experimental avant garde, or else in oppositional contexts, and that is where we find the French/West Indian filmmaker Sarah Maldoror, who chose her surname and began to make films with her Angolan nationalist husband after having been an assistant on The Battle of Algiers. That first short I review below was also made in Algeria, but is specifically about the Angolan situation, before its independence. She made a feature film a few years later, Sambizanga (again filmed in absentia in the Republic of Congo/Brazzaville, but about Angola), which I will be covering shortly in my Global Cinema series when we get to Angola. Sadly, Maldoror died earlier this year, in April 2020, as a result of complications from COVID-19, at the age of 90. The three short films below were made available for a short time by Another Gaze journal, in support of a panel featuring her daughters, poetry recital, and a discussion amongst film critics, which was insightful and also, for me, rather unusual in centering the experiences of African and Caribbean women.

This early short film by Sarah Maldoror, shot in Algeria, suggests something of her later feature Sambizanga (1973), its title a cry of resistance against the Portuguese colonisers. It would almost be comic, if it weren’t in fact tragic, the way the drama revolves around a misunderstanding of the word complet (a traditional meal) offered by the prisoner’s wife, which drives the police forces to continually demand it from the chained and beaten man. Underlying it all is a dark and jittery Art Ensemble of Chicago soundtrack.

Two museum curators face off against each other amongst the stored items plundered from colonised nations, in a staging of an excerpt from Aimé Césaire’s play of the same name. The director Sarah Maldoror herself plays one of the two antagonists, and though brief it’s certainly passionate. 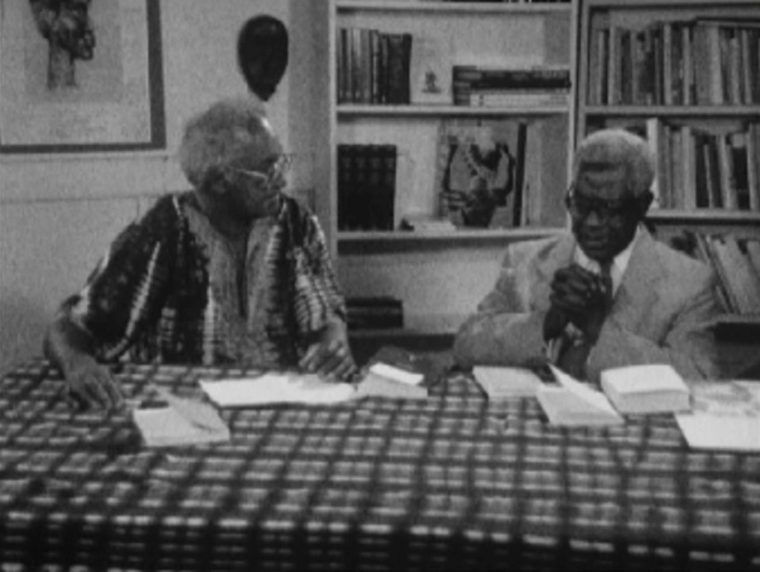 A short documentary dealing with the poet of the title, born in colonial French Guiana, who studied in Martinique with Aimé Césaire, and then relocated to France. His friends Césaire and Léopold Senghor speak about his poetry, about capturing the spirit of Négritude — this isn’t a biopic, after all (otherwise it would have mentioned his long political career), it’s really about a poet and the idea of breaking free from colonialist ties to the West.