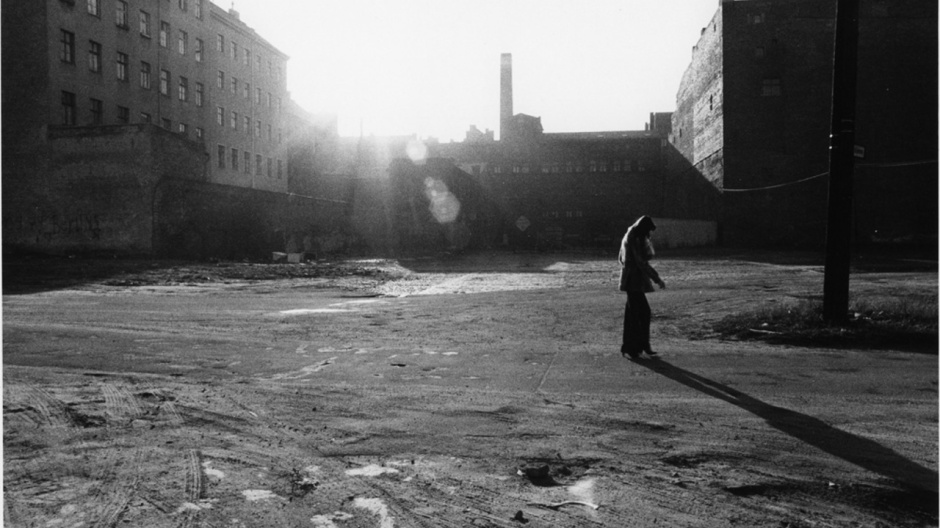 As part of my Belgian week, which has quickly become more about Belgian co-productions made and set in other countries, we move to Berlin in the late-1970s with this strange document of a vanished era, not widely available (screened in 16mm at the Deptford Cinema when I saw it), but capturing a real feeling for a place. The bilingual title hints at its dual origins, and the filmmaker is Belgian, which gives it that outsider’s-view feel.

This strange piece of celluloid feels like a time capsule from a different place, an irretrievable time, the alien landscape of Berlin in the late-1970s, with the Wall very much in evidence, train journeys that just end abruptly even as we see the track stretching out ahead of the camera, and little walks around town that the filmmaker takes (the back of her head becomes very familiar), what I suppose we would today call psychogeography. Occasionally we hear voices from those talking about post-war Germany, from a Jewish bookseller determined to return to the country which treated him so badly, and from old ladies talking about Hitler. But for the most part this is a densely-textured journey film, broken up by quotes and snatches of opera, and the presence of a clanking 16mm cinema projector at the back of the room where I saw it, seemed to lend it an almost spiritual quality, of a black-and-white document stolen from history.