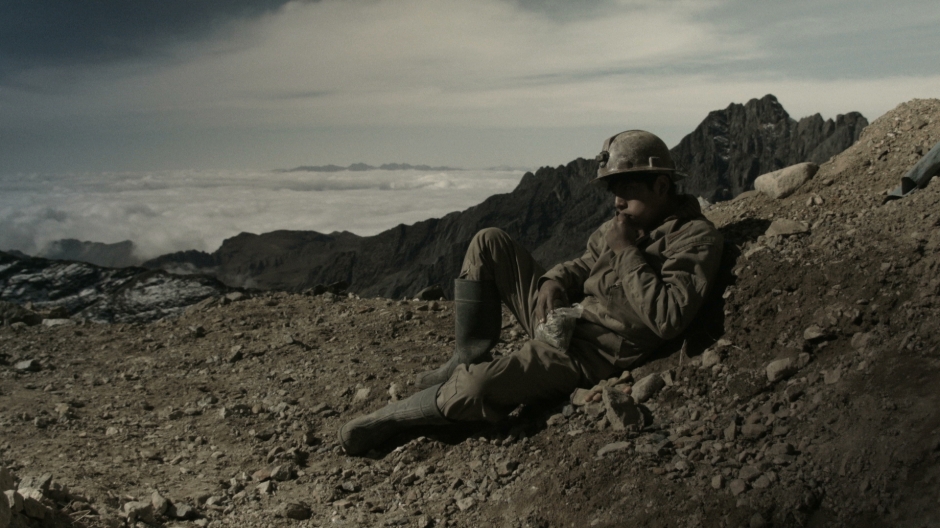 It should be clear by now that I don’t choose what I consider the most representative or famous titles from their country. Partly, it’s about what is easily available for me to watch, but I also seek out films directed by women and people of colour. There isn’t a huge amount of Bolivian cinema, but almost certainly there are better known titles than this Belgian-Bolivian co-production documentary, though I feel it certainly captures something specific about Bolivian life, at least in the mountainous mining communities.

A landlocked South American country, with two capital cities (though the seat of government is located in La Paz), neither of which is the largest. It ranges from peaks in the west to eastern lowlands within the Amazon Basin. The name comes from Simón Bolívar and the country originally called the Republic of Bolívar; the modern name was adopted in 1825. The country was first occupied several millennia BCE, before the Aymara arrived. It wasn’t until the first millennium CE that the population cohered into cities, and it became a regional power as the Tiwanaku (or Tiahuanaco) empire. This empire crumbled due to a lack of food production, and by the mid-2nd millennium the Incan empire moved in. Spanish conquest began in 1524 and didn’t take long to complete, after which point the colonial power exploited silver via mining (tin took greater importance by the 20th century), though the brutal slave conditions led to an indigenous uprising, which coalesced into a struggle for independence in the early 19th century. Marshal Sucre led a military campaign that resulted in the Republic being declared in 1825. A number of wars took place between neighbouring powers on the continent for the ensuing few decades, and the country successively lost a lot of territory, including access to the sea. Periods of military dictatorship ceded to democracy in the 1990s, though there has been further instability since then. There is an elected President.

Bolivia has produced feature films since the 1920s, many of which have been documentaries. There was a New Bolivian Cinema in the 1960s, in parallel to Brazil and Argentina’s movements the same decade, and social realism continues to be a feature of modern, digital filmmaking practice.

The title suggests something a little bit poetic about life in the Bolivian mountains amongst a small mining village. The film is dominated by images of rocks being cracked open by elderly women looking for tin, and of men going down into the miasma of the mountain, some of whom don’t return, as the women regretfully note. The traditions and customs are seen, protection sought for the dangerous work many in the community do, and the film ends with a gory animal sacrifice, the pulsating heart seen burning on a flame being despatched to El Tio, the deity worshipped around these parts. It’s an evocative film, albeit a slight one, running at just over an hour.