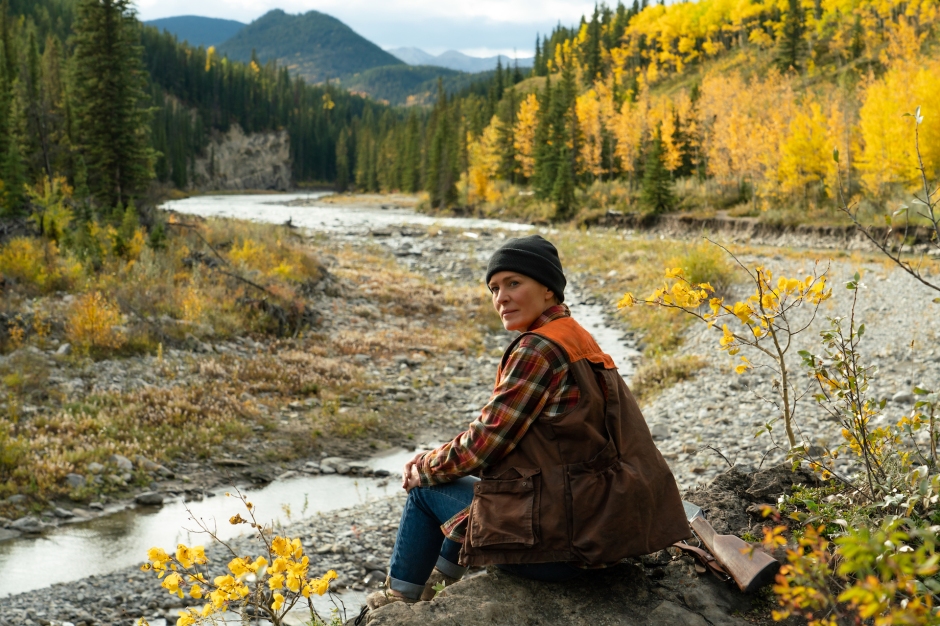 Part of getting films into cinemas after a period of closure is that there are still a number of titles that probably would have gone straight to streaming which are still getting a shot, and this feels like one of those. Still, it looks good on the big screen, whatever other shortcomings it may have.

There’s stuff in this film that feels a bit programmatic and well-trodden, and when the script does get to the emotional sharing (right at the very end) it suddenly starts to feel like too much, but that’s because the rest of the film is an exercise in restraint that is made more precise and affecting by the quality of Robin Wright, the star and director, in this role. She has retreated to the wilds of Wyoming after some unnamed tragedy, but it quickly becomes clear it has to do with a death close in her family, and pursues a solitary life to varying success, eventually settling in. This process forms the bulk of the film as time slips away unnoticed until she becomes reacquainted, in a small way, with the comfort of fellow humans (in the form of Mexican actor Demián Bichir). The way that her isolated life and his incursion is played out is very nicely done, and it feels almost like a step too far that the script feels the need to wrap it up with a little moral lesson but even that feels earned by the slow, but never boring, pacing.