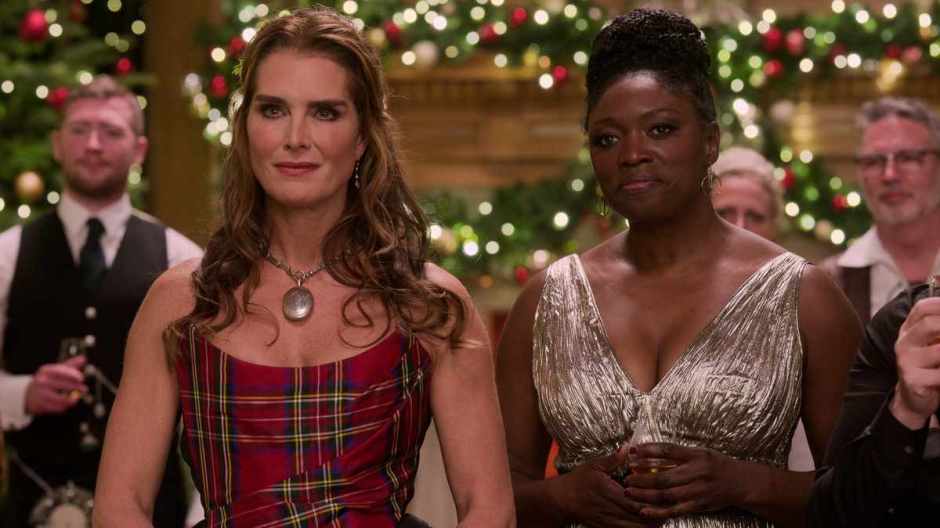 It’s that time of the year, the time of the year for the extremely bad (but hopefully still fun to watch) seasonal films on just about every channel you care to look on, and as usual Netflix has stepped up to the plate with a bunch of releases. I had hoped to bring you that seasonal treat Spencer for this special day, but inexplicably that hasn’t been released here in NZ yet, so you’ll have to make do with this very bad — but nevertheless compulsively watchable (if only for the car crash of Elwes’s Scottish accent) — film.

The director Mary Lambert is best known for directing horror movies (most famously 1989’s Pet Sematary), and I’d really like to put the knife in and say this is in the same genre, but honestly there is stuff I liked here. It is formulaic in the extreme, and don’t even get me started on Cary Elwes’s Scottish accent (okay maybe do, because it is very bad, just constantly, almost every scene perceptibly worse than the last one), and there are many holes in the plot. The script, in short, is messy. There’s a slightly evil couple who show up at one point in the middle of the film, and you go, “Ah… her ex! Or some nefarious English buyers for the castle. The stakes have just been raised!” but it swerves and you never see them again. The stakes therefore never get raised, and remain firmly at the level of the relationship between Brooke Shields’ American romance writer and Elwes as a Scottish duke fallen on hard times (or hard-ish, well maybe not hard at all really in the grand scheme of things, but hard by the standards of Christmas-themed romance movies). It really is a mess, and the music is mostly pretty bad and makes it seem like it really wanted to be an Irish-set movie (though most of the actors are English, so maybe they should have just sticked to there, as England has castles too). But, for all that, it retains a sort of kitschy charm.