There’s what feels like an almost unceasing parade of swordplay violence in this film, resulting in scores if not hundreds of piled-up casualties, largely of our antihero Ryunosuke (Tatsuya Nakadai), though Toshiro Mifune weighs in for one memorable scene that gives the otherwise unstoppably evil-doing Ryunosuke a moment of brief pause. It’s enough to make you think that maybe that’s what the film is doing: the title could be referring to Ryunosuke’s sword, after all, but perhaps by extension it’s all swords and “doom” is just the outcome of violent behaviour. The film is set near the end of the shogunate, so samurai are on the decline and this film enacts in a sense this final death rattle of lawless mercenary violence. It does this with some fantastically composed monochrome style, as Nakadai moves blankly (he has the unfeeling mien of a sociopath) towards both swords and doom, with nihilistic rigour. 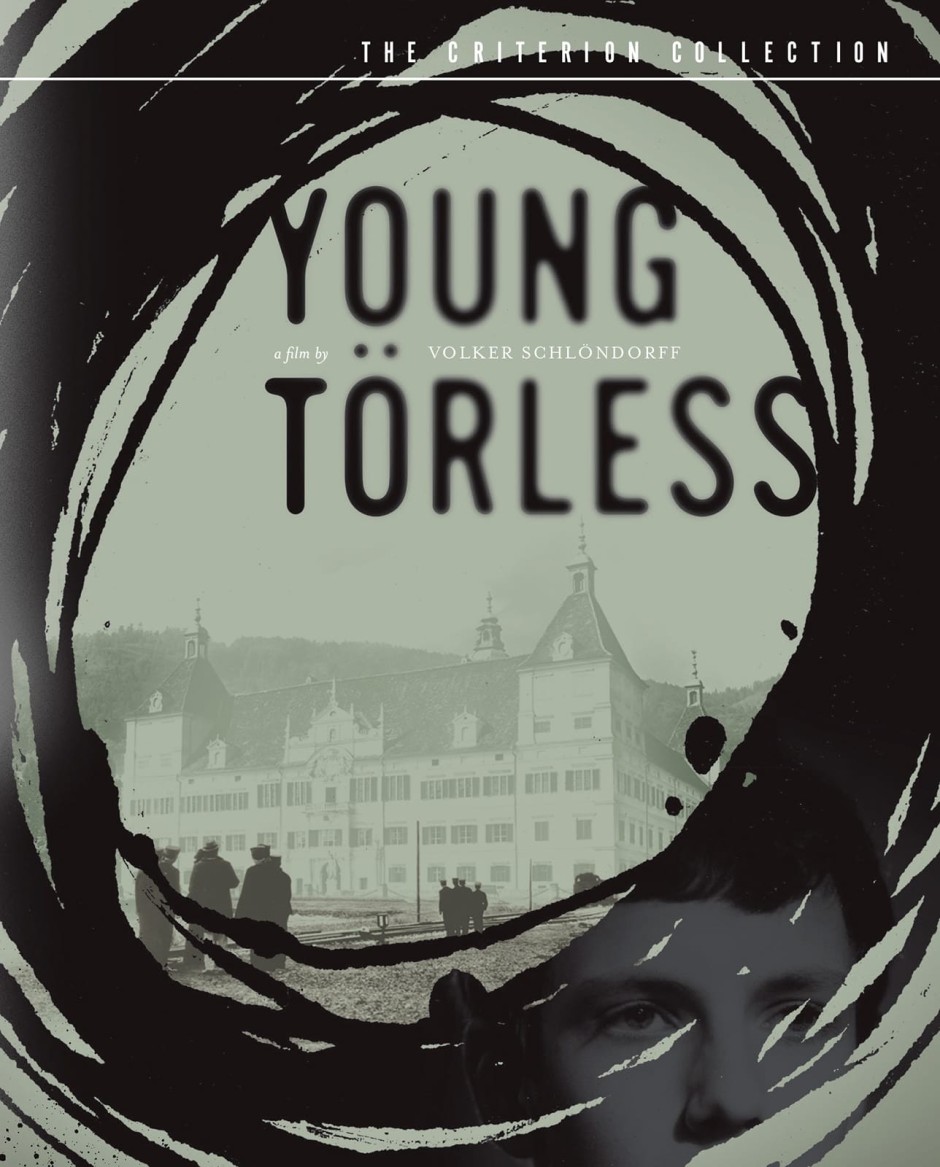 This was one of those early feature films in the New German Cinema, in which Schlöndorff turned his elegantly monochrome camera inward on German society, through the story of a young man at an Austrian boarding school in the early part of the century. It’s not so much about a boy’s coming of age, as it is about him learning about the depths of his own and his society’s cruelty towards others, about becoming institutionalised, seeking explanations (at one point, through imaginary numbers in mathematics) for the irrational desires of the heart. That said, it all moves fairly slowly and methodically through its story, and though the acting is rather frosty and stilted, I think that’s how it’s supposed to come across. I think I admired it more than I loved it, but it’s a fascinating film all the same.

Certainly a striking film from Seijun Suzuki, though he’s not exactly a director known for being boring. It’s set in the 1930s, as Japan teeters on the brink of militaristic nationalism, and the hero Kazoku (Hideki Takahashi) seems to be a prime candidate for making that particular journey. He’s raised Catholic and in love with a girl at his boarding house, but repressed sexuality and masculine bravado means he gets into lots of fights with his peers at school. Being Suzuki, these are all choreographed with an almost comic glee, though they do go on rather a bit as the film progresses. It feels both comically satirical about Japan’s recent past, but also imbued with the confusion of youth. It’s rather a marvel.

My themed week of African cinema has seen a lot of strategies for dealing with post-colonial issues, but Nigerien (that is, from Niger) filmmaker Moustapha Alassane used the generic codes of that most American of genres, the western, to critique Western involvement in Africa. It’s witty and never outstays its welcome. Equally amusing are his shorter, animated films, most of all the glorious Kokoa (which may have been made in the 1980s, though most resources list its year of production as 2001). Needless to say, Niger isn’t currently one of the most highly-developed film-producing nations in Africa, although Wikipedia relates that it was once far more productive, with the ethnographer Jean Rouch being heavily involved in work there, followed by a number of native-born directors. Production in the last few decades has dwindled, although at a recent London Film Festival, I did see The Wedding Ring (2016) by a woman director, Rahmatou Keïta.

END_OF_DOCUMENT_TOKEN_TO_BE_REPLACED

Over 50 years on and there’s still an enormous amount of clarity and power in this film set against the backdrop of the last few years of the French occupation of Algeria, during the Algerian War, effectively a battle for independence. Pontecorvo’s style emphasises its indebtedness to documentary, by using handheld cameras and a grainy high-contrast black-and-white image that suggests newsreel footage at times. But its thematic achievement is in treating both sides with some semblance of equality, even if it’s clear that the moral force is on the side of the Algerians. While the FLN agitators are not dismissed as mere terrorists, there’s also clearly conflict about their methods and targets, and they are hardly romanticised as freedom fighters. Meanwhile, the film does not in any way exonerate the French in this conflict either, who are ultimately the aggressors, as the colonialist power. The French commander, a tall man in shades, strikes a heroic figure, but despite his successes against the Nazis, his tactics are questioned here, and he remains morally compromised as a player in the drama. The central character arc is for Brahim Haggiag’s Ali, who ascends from petty thief to a figure of central importance within the FLN resistance as a result of prison radicalisation. The film’s narrative takes his story, starting with the end and looping back in time to bring the story full circle, all the while moving the action forward propulsively. As such, the film never slows down for much of its two hours, a very watchable film about a complex struggle that never feels like it’s taking an easy way out.

This Japanese film about a small-time filth merchant doesn’t actually feature any of what the title suggests (probably for the best) but is instead a sort of odd, madcap series of incidents that hangs together really strangely — although I admit I was a little drowsy when I watched it, which hardly helped me keep it all straight, though I don’t really think it’s interested in straightforward narrative storytelling. It has enough oddity to make it more of a satire, and it probably helps if you know the society to pick up on what’s being skewered.

Criterion Extras: Nothing but a trailer. 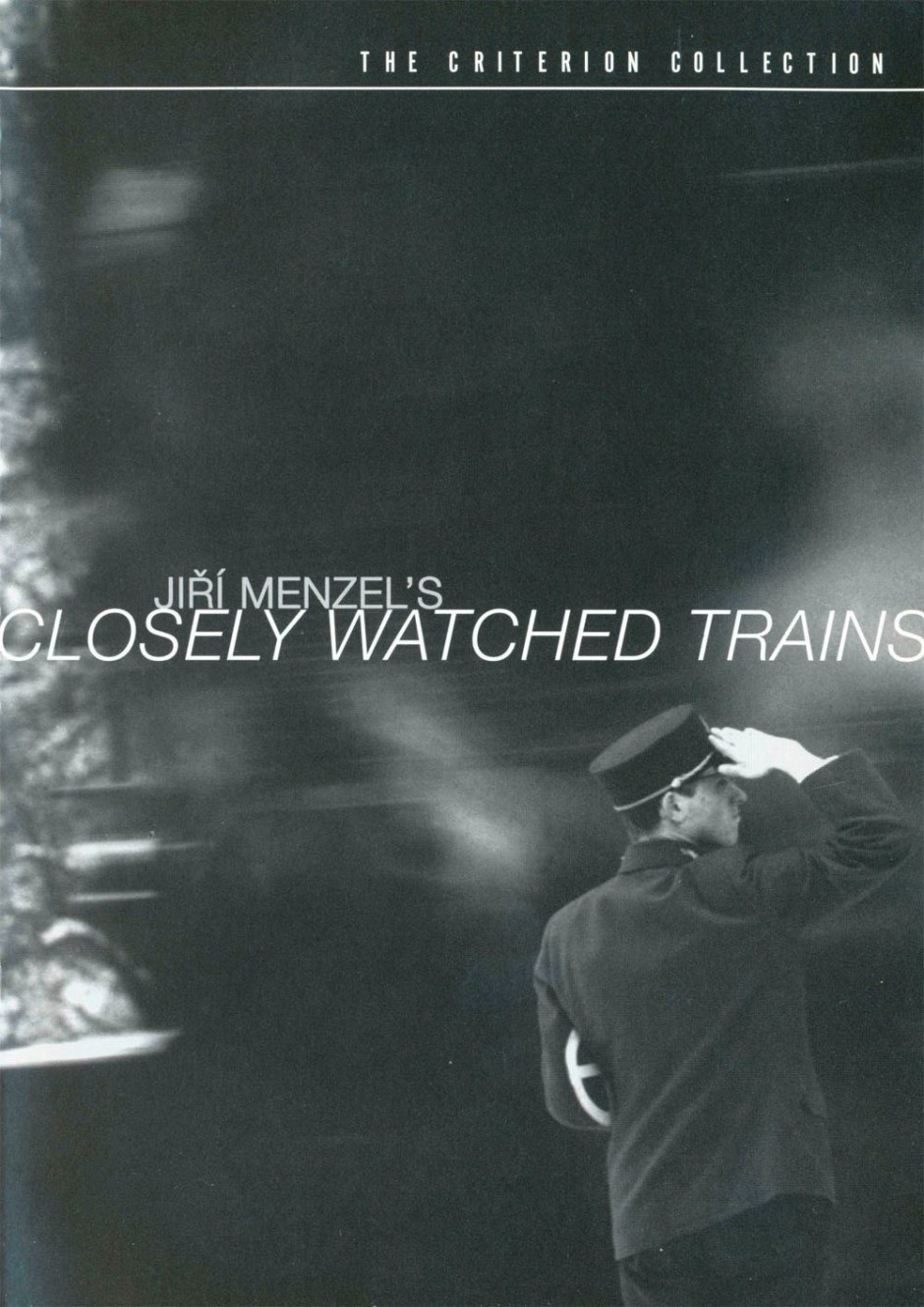 A simple film in many ways, it takes the form of a provincial sex comedy as a young man serving as a train station guard for reasons of avoiding doing any hard work tries but mostly fails to be more successful with women. But there’s also a war going on, and Czechoslovakia is controlled by the Nazis, so that becomes an increasingly important part of what the film is trying to do — equating, at some level, the coming of age story with the work of the resistance. In retrospect, it could hardly end any other way, and it’s reminiscent of the previous Criterion Collection film (The Shop on Main Street) in locating all the dramas and horrors of wartime life amongst everyday characters and in mundane situations. Also, there’s a memorable rubber stamping scene.

Seijun Suzuki’s final film for Japanese film studio Nikkatsu was Branded to Kill (covered last week, as the films are numbered in reverse chronological order by Criterion), but it shares certain generic traits in common with the previous year’s Tokyo Drifter. They’re both yakuza gangster films with outsider protagonists, but where the later film dealt with a hitman (whose work is naturally lonesome), here our hero is pushed into his drifter lifestyle. Tetsuya Watari plays a gangster of the same first name (generally abbreviated to Tetsu) whose boss has retired. When he turns down the advances of a rival, his peripatetic fate is sealed. Plotwise, there’s other stuff in there (a girl, a double-cross), but as always with Suzuki it’s the style that shines through. Tetsu isn’t just a drifter, he’s a drifter with a catchy title song that crops up throughout the film, and as the initial black-and-white scenes soon break into vibrant colour, it’s quickly established that he has a quirky style, dressed in a powder-blue suit on his journeys. There’s not a huge deal of depth to it, but it’s a concise film with a sure sense of its own stylishness. 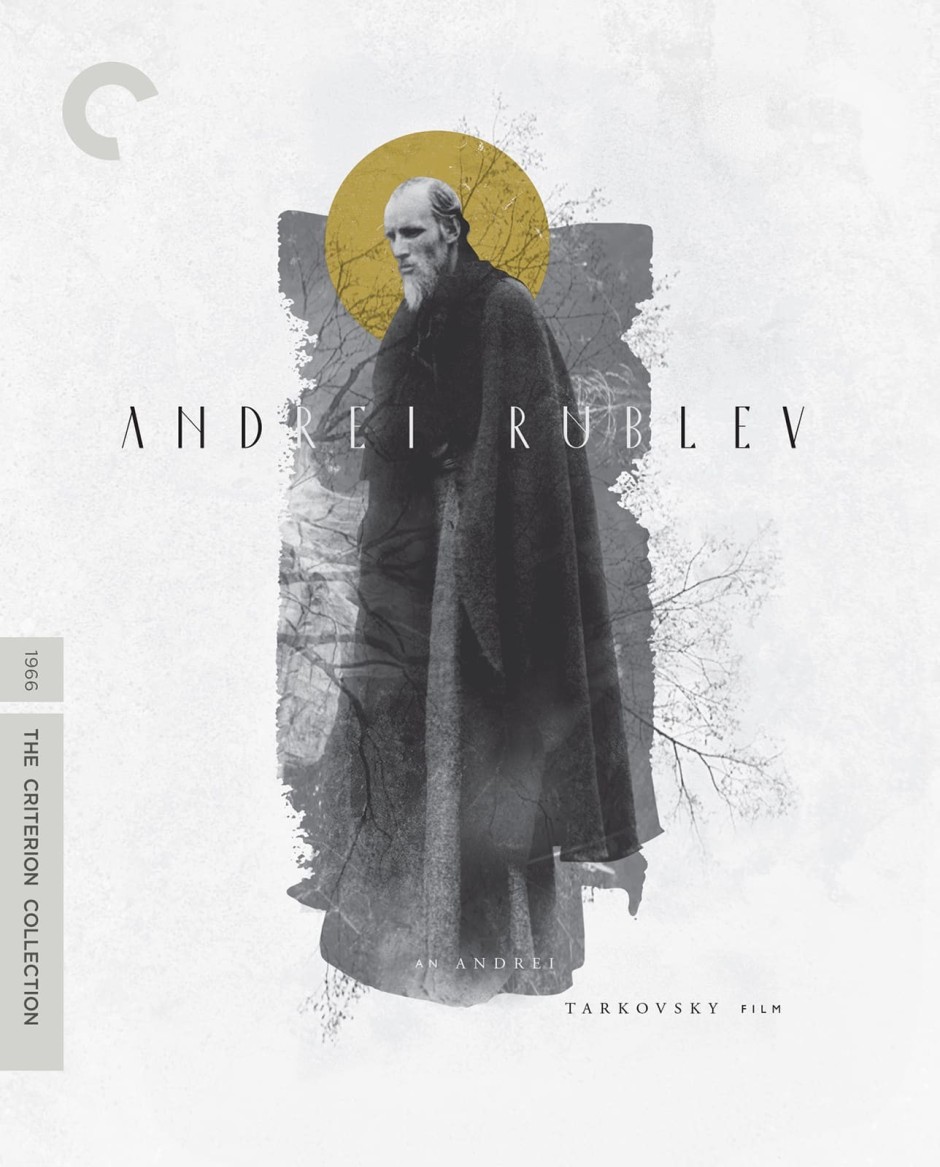 Russian auteur Andrei Tarkovsky is certainly no stranger to grand portentous overlong films that seem to hold within their allegorical narratives some statement about society and the world, and in many ways this 1966 film (not released until 1969 due to problems with the Soviet censors) is the first of those to break through to an international audience. It did so in a series of increasingly shorter cuts of around 2.5 to 3 hours in length, but the full 205 minutes is restored here by Criterion and, assuming you’re already in for meandering stories about wandering monks in 14th century Russia, then it won’t disappoint. Although Rublev was a famous painter of icons in Russian Orthodox churches, there’s relatively little of that actually in the film (possibly the creation of art isn’t quite as compelling). However, it enacts a narrative of divine inspiration challenged by atheist philistines, and one can already sense why perhaps the atheist Communist Party of 1960s USSR might not have taken too kindly to Tarkovsky’s themes. The film is split into eight chapters, set in chronological order and dealing (if sometimes tangentially) with episodes from Rublev’s life — encountering a sarcastic jester, discussing art with his mentor Theophanes, enacting Christ’s passion, dealings with pagans and Tatars, et al. It’s probably best to think of these as each illustrating some allegorical lesson about Russia, but they are also quite often handsomely mounted and beautifully shot in sinuous long takes. The final section is perhaps the most impressive, wherein a young boy, the son of a bellfounder, is called on to forge an enormous bell for the Grand Prince, and does so by submitting blindly to faith, while Rublev watches from a distance in silence, having at this point given up on his art. Its message of the importance of artistic creation even under oppressive regimes is a valorous one, and though it may take some time to sink in, the film is a grand achievement.