An extensive and sprawling documentary about John Cassavetes, though really just about his films and filmmaking (there’s an all-too-brief mention of the cirrhosis that killed him in the end, but very few other personal details are offered). Indeed, much of the documentary focuses on clips from the five films in the Criterion box set, which I can only assume is due to rights issues (there’s a lot that’s great about Minnie and Moskowitz, and I’d have liked to have heard more about the studio movies or his last films in the 1980s), but all the same it does a good job of laying out his philosophy and practice. The structure appears to be along fairly oblique lines, cued up by somewhat pretentious quotes, and finished with a bit of verse, but it’s making for a case for Cassavetes as something quite unlike the ordinary run of American directors, which is understandable, though beyond these little flourishes it never really manages to be as distinctive as the films it’s about. Obviously, at over three hours it could have been a bit tighter, and it’s solidly conventional in form, with a range of talking heads and clips, but it’s nice to hear from his frequent collaborators (plus a few academics, including the ubiquitous-when-it-comes-to-Cassavetes Ray Carney).

Coming the year after The Killing of a Chinese Bookie, this could be construed as another film about Cassavetes’ relationship to art and artistic practice — and that is certainly a major element in it — but after the very masculine energy of the previous film, this one refocuses the story once again on Gena Rowlands and becomes about her character Myrtle’s (not-entirely-)self-destruction. By that I mean that she, as a celebrated theatre actor, has the adulation and the awards, but she also has a coterie of people around her who are only too happy to enable her in her downward spiral, just so long as they can make some money off her along the way. Her trajectory is triggered by the death of a young fan, whose presence comes back to haunt her throughout, which gets her to contemplating her own mortality and ageing, and perhaps it’s also a little to do with having to perform boring bourgeois plays about families and relationships (which she doesn’t really have in the same way). Maybe that last one is my misreading, but Myrtle’s erratic behaviour (brought on by the way she’s constantly pushed by those around her) leads her to ditch much of the text of the play she’s in, during its small-town off-Broadway run, such that by the Broadway opening night of the title she and Cassavetes are riffing on something completely different (to the irritation of the playwright, the legendary Joan Blondell). This sequence is largely improvised, and it’s unclear to me whether we’re supposed to take it as a swipe at how theatre audiences will laugh at any old nonsense, or about how much the actors react against the original text, or just about a person breaking down and opening themselves up, but in any case it’s a potent story about the price of art.

Back in the day I used to say this was my favourite of Cassavetes’ films, and though I probably like Shadows or A Woman Under the Influence better in retrospect, it’s still pretty powerful. Cassavetes approaches an almost genre theme — as the title suggests, there’s a gangland hit involved — but he approaches it obliquely. Watching the original 1976 135 minute cut, it takes almost an hour or so to even get to that point, and what we see is a portrait of a man who runs a nightclub (a strip club), arranging and putting together the shows. For all his evident sleaziness and self-absorption, he also clearly cares about his club and his dancers, but he also has a gambling problem that leads to the title’s killing, and ends up being his downfall. The film, however, remains focused at all times on Ben Gazzara’s Cosmo (who could be read as a directorial stand-in, in the way of many great films about art made by artists), on his flaws but also his strange, sweet integrity.

The shorter 1978 cut of the film certainly gets to the plot a lot quicker, and does a better job overall of setting up the machinations that lead to the action of the title, though we still get a strong sense of Cosmo’s world, particularly his drab nightclub with its ridiculous amateurish routines that nevertheless he is still utterly invested in. But once the hit happens, it seems to slip back into the rhythms of the longer cut, upping the existential angst of its protagonist as he faces (possible) mortality, with things unravelling on the business side as his ties with the mobsters who keep him afloat seem to fall away, even as he desperately tries to keep everything under control. The way Cosmo pretends everything is normal, that he is in (creative) control, even when he seems to be slowly losing everything is at the heart of both films ultimately. 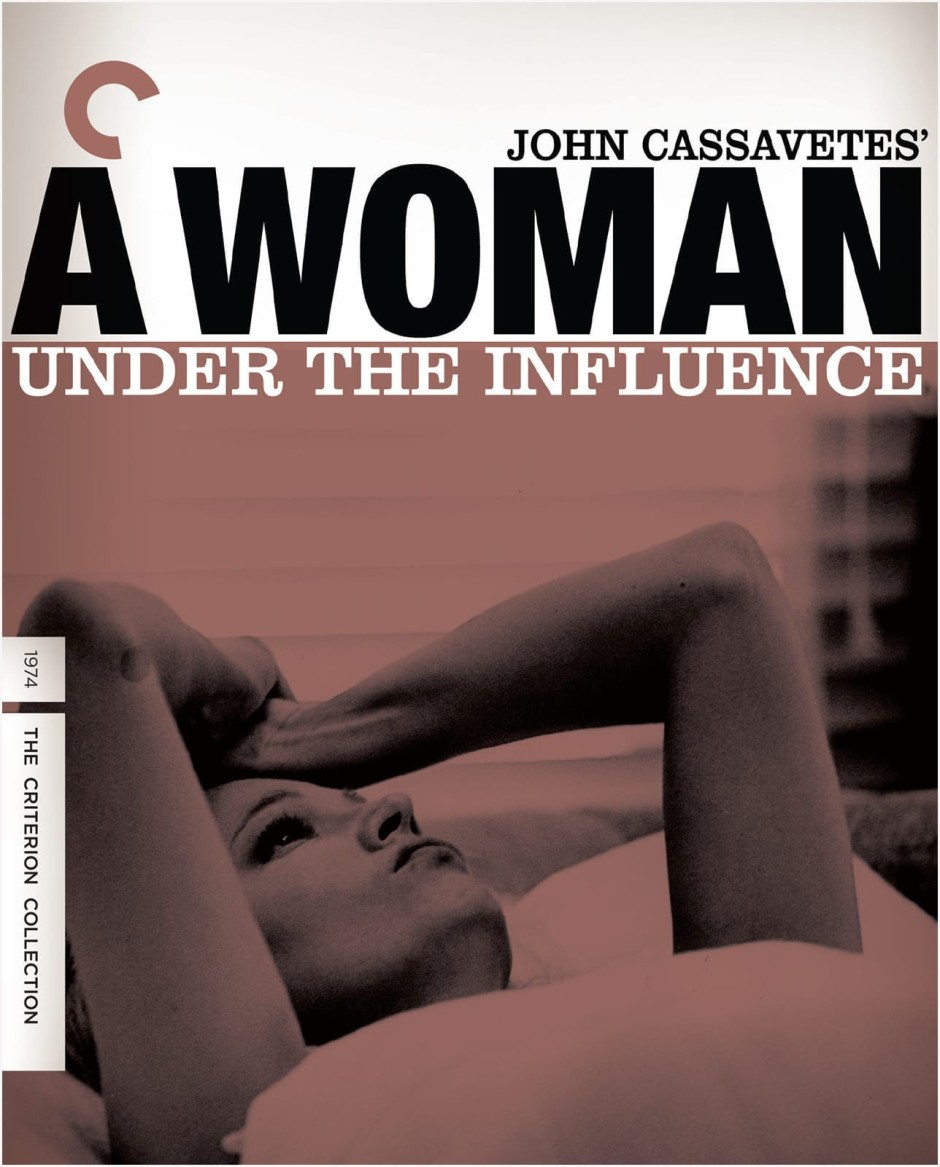 In my ongoing Criterion watching project, I stalled a bit before this film. I’d seen it before, and I’d rated it highly, but it’s one of those films that you need to take a big breath and a bit of time before you launch yourself into it because it is unrelenting. It’s not bleak exactly, but it’s exhausting because Gena Rowlands — who utterly dominates the film — just fills every empty space with her presence. She’s Mabel, the mother to three kids, and the wife to Peter Falk’s construction engineer Nick (or some kind of municipal worker), and if the way I’m defining her life seems a little regressive, well that’s the world of the film, and it’s strongly implied that part of her problem is the way that she has been pushed into this role, and the way she comes apart at the seams trying to live up to expectations made of her. That’s also partly why it’s so heartbreaking, because although she’s clearly become unhinged, it’s Nick who’s the bully and the bad person. He can be sweet and understanding at times, but every time he loses control of Mabel, he starts shouting and gets pushy and violent, and the kids, who are there most of the time, can’t do much about it. Cassavetes keeps the camera tight in on them for much of the film, only at the end disappearing behind a closed curtain as he leaves them. It’s a film of towering acting performances, not least from Rowlands, although Falk is also on brilliant form. There are these characters around the edges (parents, kids, co-workers of Nick’s), who feel almost like non-actors and perhaps they are, but for all its age, it feels continually fresh and perceptive about its characters, and about mental health.

Seen at National Library, Wellington, Wednesday 12 May 2002 (and earlier on VHS at home, Wellington, February 2000, and most recently on Blu-ray at home, London, Thursday 4 July 2019).

This is in some ways the ur-Cassavetes picture, which came after a few unsuccessful studio pictures in the early-60s as a return to the improvisational quality of Shadows, not to mention developing the verité-style black-and-white high-contrast camerawork into a grander form. Although it was all scripted, it does still feel like the actors are using the script as a means to finding the emotion, and that’s what Cassavetes is ultimately most interested in, those unforced moments of feeling that come through in the actors’ performances. Frequently the scenes as written feel rambling or unfocused, and often the actors are playing drunk, which doesn’t always pay off, but it captures something that a lot of cinema wasn’t doing in the US of the 1960s (Bergman is namechecked within the film, and that feels like a more fair comparison point). Thus, for all that it’s a film about an older man confronting mortality and a fairly unremarkable working life, as well as people trapped somewhat in the past, it also feels quite fresh and honest in a way.