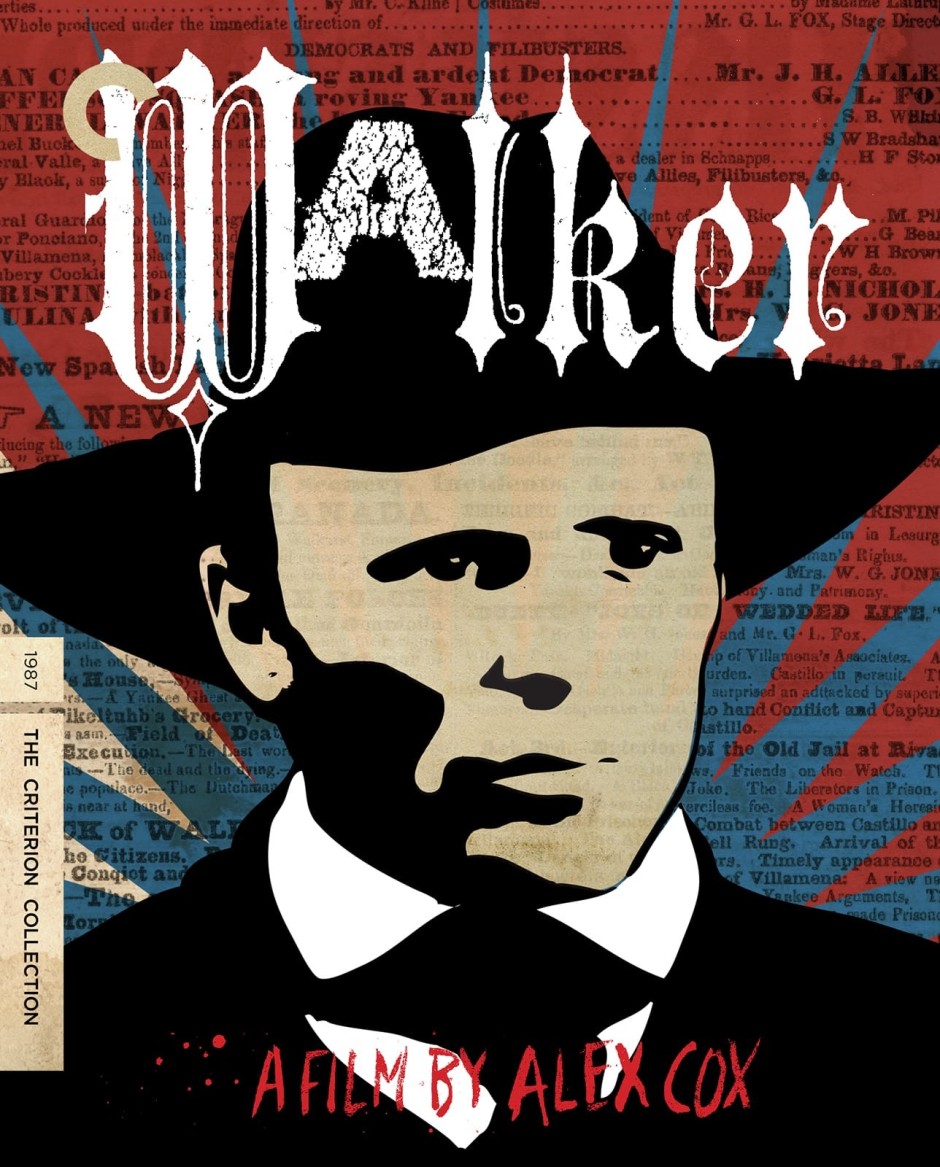 Alex Cox certainly makes distinctive films. I’m not sure that they always gel with me, as I have a sort of in-built resistance to the carnivalesque and maximalist spirit he has (along with, say, Terry Gilliam). But I can’t fault Cox’s determination to bitterly present a satirical view of American involvement in central America, spurred by the contemporary exploits of such hucksters as Oliver North, and the film does everything it can to collapse one into the other. The mid-19th century setting increasingly becomes indistinguishable from the modern day as cars and helicopters, US tabloid news magazines and other anachronistic features start to become impossible to ignore. In the midst of all the pyrotechnics and madness is a very undemonstrative performance from Ed Harris, a tall blue-eyed blond man in a tailored black suit whose very stillness and composure in the midst of everything helps him stand out and grounds all the madness that swirls around him.

Whatever other angle one might wish to approach this film from — whether its characters’ participation at the vanguard of the late-1970s punk scene in England, or their descent into heroin addiction — Sid and Nancy is at its heart a romance. The two characters are utterly self-absorbed, dangerously self-destructive, and (arguably) of questionable artistic talent, but their commitment to one another endures in a way that’s almost sweet, even when they’re abusing one another — well, up until a point, at least. One thing you certainly shouldn’t look for in this portrait of the Sex Pistols’ bassist Sid Vicious and his romance with Nancy Spungen is for restrained acting: there’s a palpably gleeful embrace of over-acting by all the actors. This doesn’t always pay dividends, but it does create an atmosphere in which any kind of behaviour seems possible, and in which all too much does indeed happen. As the protagonists slide at length into drug addiction, the film starts to take on a sort of hypnotically repetitive quality (there’s a particularly amusing scene where Sid muses that things will be better when they get to New York, to which Nancy replies that they are there already, prompting him to open the window and look out), such that its concluding act of violence seems indistinguishable from the rest of the pair’s grim existence. It’s difficult to say how much of this is true to the actual events, but the film seems to be suggesting that the two were made for each other. Certainly, if they weren’t, it’s difficult to tell for whom they could have been made.