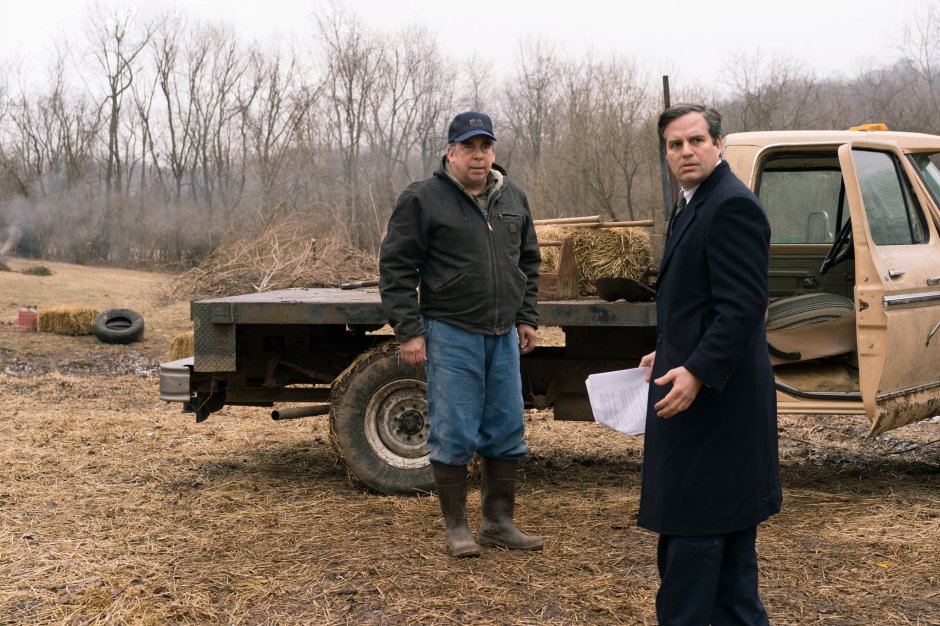 As I hope is evident in my week focusing on films about history, the engagement with historical events is not one that is just about a discreet set of events separated away in the past. The forces that have shaped history continue into the present, as their legacies are manifested in behaviour and actions, but sometimes too filmic engagement with history is a prod to current events. For example the events portrayed in this film, which stretch back decades into the mid-20th century, are ongoing; even the legal case it documents hasn’t been concluded. These are urgent issues that will have an effect on our future, and so the film is used as a way to make those decisions more relevant and personable. (And as usual in such cases, the filmmakers have got Mark Ruffalo in for that.)

Todd Haynes has made some of my favourite films in the last few decades but I can’t claim this one is up there with them, largely because it cleaves so heavily to a very specific genre formula, and it’s not a genre I hugely love (the legal procedural thriller). It’s one of those issues-driven movies — the ones that Mark Ruffalo certainly seems to have done a few of recently (such as Spotlight) — and it’s all very efficiently despatched. Ruffalo plays a lawyer taking a huge American chemical company (DuPont) to task for the untold damage they’ve done not just to thousands of people they employed making the chemicals for Teflon, but also those who lived near the plant in West Virgnia, not to mention possibly every single human and living creature on the planet who has been just a little bit poisoned by the actions of them and other massive chemical conglomerates whose only interest — literally, their only apparent interest — has been in protecting the billions of dollars of profits they have been making. The fact that this fight is ongoing even at the time of the film’s making is just part of the reason for it to exist, and though it may not wow anyone as a film, it’s a story that’s worth telling and is gripping in its details all the same. 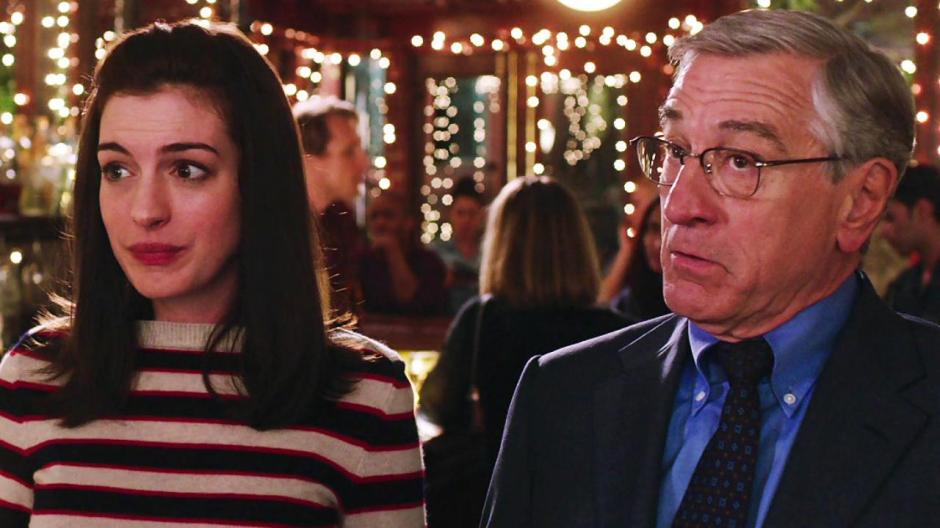 Having just written about Miss You Already, another recent directed-by-a-woman comedy/drama, and criticising its somewhat patchy use of musical cues, along comes this fluffily inoffensive new Nancy Meyers comedy and oh boy, what was I even talking about yesterday? To be fair, like Anne Hathaway’s little indie romance Song One, if I’d seen this film on a plane or on TV when I was feeling ill, then I’d undoubtedly be giving it an easier ride. It’s perfect for those occasions. But in a cinema with a crowd of other chattering (perhaps somewhat cynical) attendees, it has its difficult stretches, and most of those for me revolve around the treacly orchestral score that kicks in whenever something meaningful or emotional is happening, generally in the last third. However, if you can get past that, the precociously annoying kid and the rather overextended later stretch that deals with romantic infidelity, there’s still enough to make it passably entertaining. There are some good jokes as the film is setting up its premise, that 70-year-old Ben (Robert De Niro) has applied for a ‘senior intern’ position within Jules (Hathaway)’s internet fashion company, and has to fit in with clued-up tech-savvy youngsters. A lot of that revolves around familiar age-vs-experience clashes, but Ben is also called on to show his sensitive side quite a lot, so your tolerance for De Niro’s mugging for the camera will be tested — though luckily he’s largely pretty good at it, and inoffensive, which is this movie’s watchword. But I love Anne Hathaway, and am always happy to watch her; she has an easy on-screen charisma. So despite all that manipulative music, despite her “adorable” daughter and the fact that everyone seems to live in homes that look like boutique hotel fashion plates, despite the fact that the company (for all its financial success) never in the end actually seems to pay any of their interns a salary — perhaps a sly commentary on the modern workplace — I still didn’t leave hating this movie. Your mileage may vary. 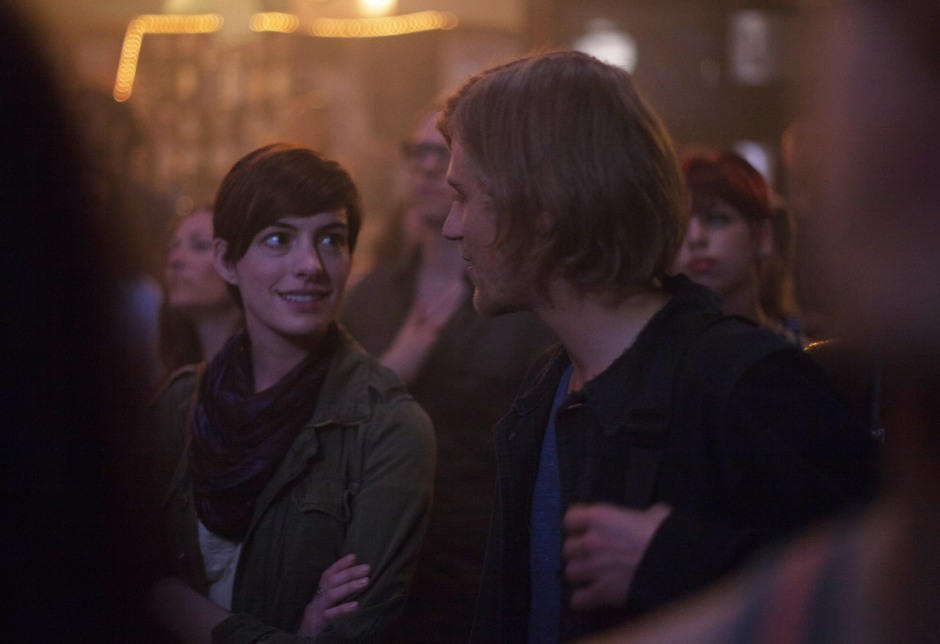 There’s no doubt in my mind that where and how you watch a film can materially affect one’s appreciation of it, whether at the cinema or at home, with a large or small audience, a receptive or a hostile audience, in a community centre, a church or in a foreign country: all kinds of factors can weigh in. For me, a good film to watch on an inflight entertainment system can be markedly different from what I’d choose on land. I’ve enjoyed some pretty questionable movies when miles up in the sky, quite often fluffy romcoms. And while it may not fall into that generic category, I’m not convinced that seeing Song One on terra firma would improve my estimation of it. It shares elements with the altogether glossier and bigger budget Begin Again, overlaid with an illness framework — in this case, that anthropologist Franny’s (Anne Hathaway’s) brother has been hit by a car and is in intensive care. She comes from Morocco to be by his bedside with their mother Karen (Mary Steenburgen), and from there falls into the company of his favourite musician James (Johnny Flynn), who plays the same kind of folky indie rock that Begin Again dabbled in. Sadly Johnny Flynn is no Mark Ruffalo, nor even Adam Levine, and doesn’t exactly radiate screen charisma, though I daresay that’s the point. Hathaway is always watchable, and there’s an admirable improvised feel to the scenes — certainly, it seems there are a lot of children of Joe Swanberg around in the US independent cinema at the moment. Franny’s quest to use her ethnographical skills to record the world in all its sensory nature and bring it to her brother’s bedside has some of the same obsessiveness that Ruffalo’s character deployed as a producer in Begin Again, and at times threatens to tip into unbearably twee (there are gramophones and vintage keyboards!), yet somehow it’s grounded by Steenburgen’s performance as a liberal, free-spirited mother with a penchant for Paris in the 70s. I could talk myself out of liking it pretty easily, but somehow it worked for me. At least, when I was in the air above Europe desperately looking forward to returning to the comfort of home. The poster says “a moment can change everything”, but a venue can change a film. 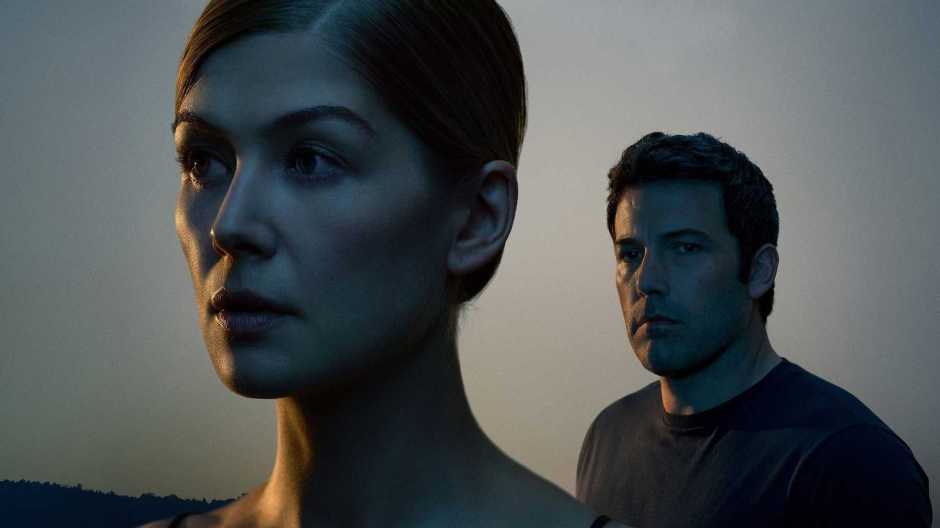 Unlike in 2013, I haven’t been writing reviews of every film I’ve seen this year. I also had trouble finding enough enthusiasm to write about some of the big tentpole blockbusters of the year, mainly because so many others have cast in their two cents, that mine seem entirely beside the point. Still, you’re more likely to have seen these films, so I thought I should at least write a few sentences to give my opinions, and you can disagree with me in the comments if you wish! (For what it’s worth, I’ve also taken to adding my ratings for unreviewed films on my film reviews by year page.)