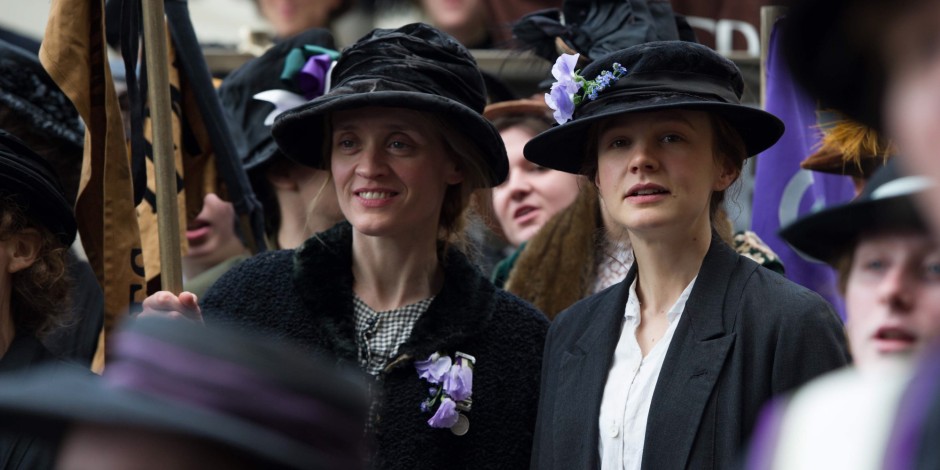 As one of the big cinematic releases here in the UK this autumn, Suffragette goes back to a fertile period of modern history — the 1910s shortly before the outbreak of World War I — tackling a story that’s certainly well-known to people at least in passing, if rarely thus far attempted on the big screen. Partially that may be due to the rather limited scope of the so-called ‘suffragettes’, being the militant wing of the campaign for women’s suffrage (voting rights); they were, after all, engaged in a domestic form of terrorism, albeit directed at manifestly unjust laws (not even all men had the vote in this period). Moreover it’s debated amongst historians quite how effective their campaign was, and it’s suggested that women’s involvement in work during World War I was more decisive in swaying political opinion on the matter (in 1918 women over 30, along with all men over 18, were awarded voting rights). However, that doesn’t change the fact that this is a stirring story of a small number of women who campaigned passionately for something they believed in enough to suffer abuse and imprisonment (and in some cases even death), and which continues to have resonances today, judging from the list that ends the film of when various countries finally allowed women the vote. It’s unquestionably a handsomely-mounted piece, with plenty of detail in the costumes and setting, and although most of the central characters are fictional creations, they are in some cases (most notably Helena Bonham Carter’s militant pharmacist) based on some aspects of real life figures, while there are effectively cameos from the movement’s leading lights (including Meryl Streep as Emmeline Pankhurst, and Natalie Press as Emily Wilding Davison). However, in some ways the film’s real achievement is in focusing on one working-class family woman (Carey Mulligan’s Maud, married to Ben Whishaw’s Sonny), rather than the upper middle-class ladies who are usually the linchpin of such stories. It’s her realisation of the importance of political representation, as effectively contextualised within her unfavourable working environment in an East End laundry, that moves the narrative along, and all the details of her working life are the most persuasive aspects of the drama. There are indeed many more stories of this type to be told about women in history — the past hundred years of cinema has provided rather a surfeit of tales of chauvinist political machinations — and Suffragette should be welcomed as a big-budget evocation of an important, if under-represented, story.