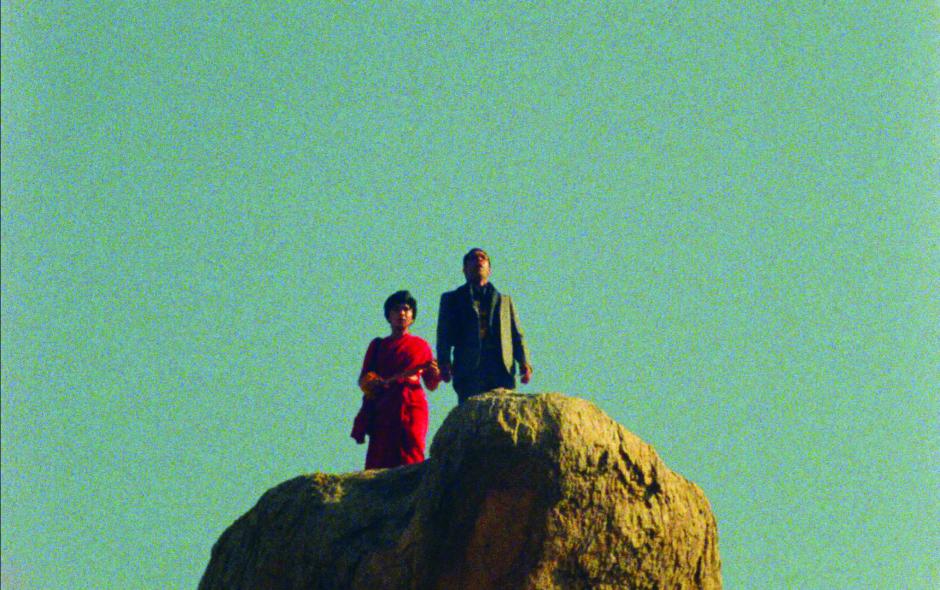 A strange, experimental Indian film that never got a proper release when it was made, but was recently restored and re-released a few years back, where I saw it at the London Film Festival. As you’ll see from my review, I can’t say I understood it.

An Indian film from 1988 only recently restored and screened, as apparently it was too out-there for the original producers and never got much of a release at the time. And I can understand that. It is extremely difficult to follow, though it may help to be familiar with some of the reference points, and as a non-Indian I am very much not. It follows a sort of free-associative dream (or perhaps nightmare) logic, featuring a young man named Om (Aditya Lakhia) and a lot of to-do about frogs, coins, and other imagery that was densely-packed and edited in a very non-linear way, such that I generally didn’t have much of a clue of even who the main characters were, let alone what was happening. I can’t definitely say it’s bad, as a lot of the imagery was compelling, and I like a mystery.