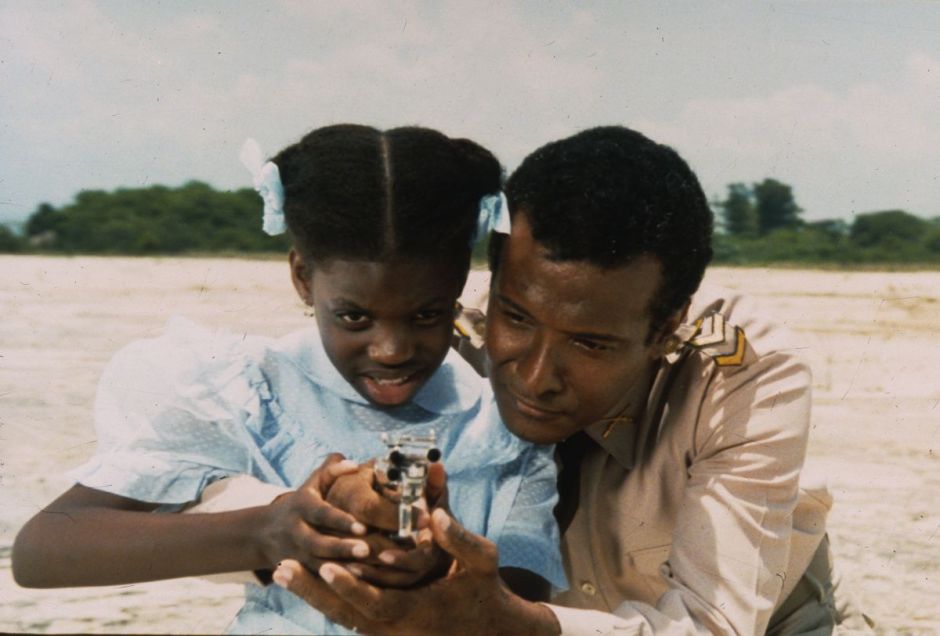 One filmmaker who has consistently engaged with (usually revolutionary) history is the Haitian Raoul Peck. Many of his films deal with the turbulent times of his home country, a country which has suffered no small amount of turbulence over the last fifty years, as testified by the five-film French DVD box set of his Haitian films (one of which is The Man by the Shore reviewed below). Elsewhere he has turned his attention to thinkers like the American James Baldwin (in the documentary I Am Not Your Negro), to leader Patrice Lumumba (of what was then called the Republic of the Congo, later Zaire and now the DRC, subject of a 1992 documentary as well as the biopic below), and of course to a formative period in the life of Karl Marx.

END_OF_DOCUMENT_TOKEN_TO_BE_REPLACED

A discussion that has cropped up once again in political and media circles has been around “antifa”, and every time it happens a lot of people with the same wearied tone have to explain it’s not an organisation, it’s an ethos, a motivating ideal, a praxis and a shared struggle: it is just short for “anti-fascist”. Such struggles can take an explosive, active form, and there are no shortage of World War II movies to illustrate that (though most are Hollywood stories of heroism against the odds). Terrence Malick’s most recent film instead deals with the internal contortions, of morality and faith competing with self-preservation, and the way that just these simple acts of resistance can carry their own dangers. The only thing that “antifa”, such as it is, calls us to do is to resist fascism. All that I can hope is that to continue to do so is something which does not lead to the outcome in today’s film, but as some of the world’s largest countries have taken an active turn towards demagoguery and fascism, that is starting to seem rather more perilous.

I haven’t really connected with many of Malick’s films since The Thin Red Line (and certainly not the last few), as he’s progressively loosened his narrative focus in preference for impressionistic movements. However, with A Hidden Life, he seems to have reined this extravagance in a bit (though the stylistic tics are still very much evident), not to mention choosing a setting and theme that seems more fitting to his particular style. Of course, there’s still plenty of voiceover, used more as another layer of sound than to convey any specific information, and he takes the interesting decision to have the film in English except where perhaps the words are less important — background chatter, bureaucratic invective, in which case it’s in German.

It’s an odd film, though, that bathes this story — of Franz (August Diehl), an Austrian peasant in the early-1940s, who grimly resolves (with an at times wavering, but nevertheless increasingly bitterly held, sense of moral clarity) to defy military tribunals and not speak the ‘Hitler oath’ — in a certain sort of beatific calm, which makes sense given he was after all beatified not so long ago. There’s little sense of the actual war, and perhaps in 1940-1943 (when the film is set), it hasn’t particularly reached the alpine Austrian setting of St Radegund or even the Berlin prison he’s shipped off to later. There’s one chilling scene where the village’s mayor inveighs against the dangers of immigrants and foreigners, despite clearly having none in his midst, which obviously remains current, but otherwise this is very much focused on Franz and (almost equally) his wife Franziska, grounding their story in the community and (as you might expect from a Malick film) the glory of the natural world. It’s not even quite as overtly spiritual as some of his more recent films have been, though given Franz’s Catholic faith and his later beatification, it is obviously imbued with that throughout.

I liked it, and didn’t even feel the running time once the movie started to hold me. It’s shot with some oddly distorting lenses, and the camera operators must all have been children given how close to the ground the camera seems to be most of the time, but Malick’s impressionist excesses aren’t so much on show or are perhaps less jarring when not juxtaposed against Hollywood or indie music backgrounds.