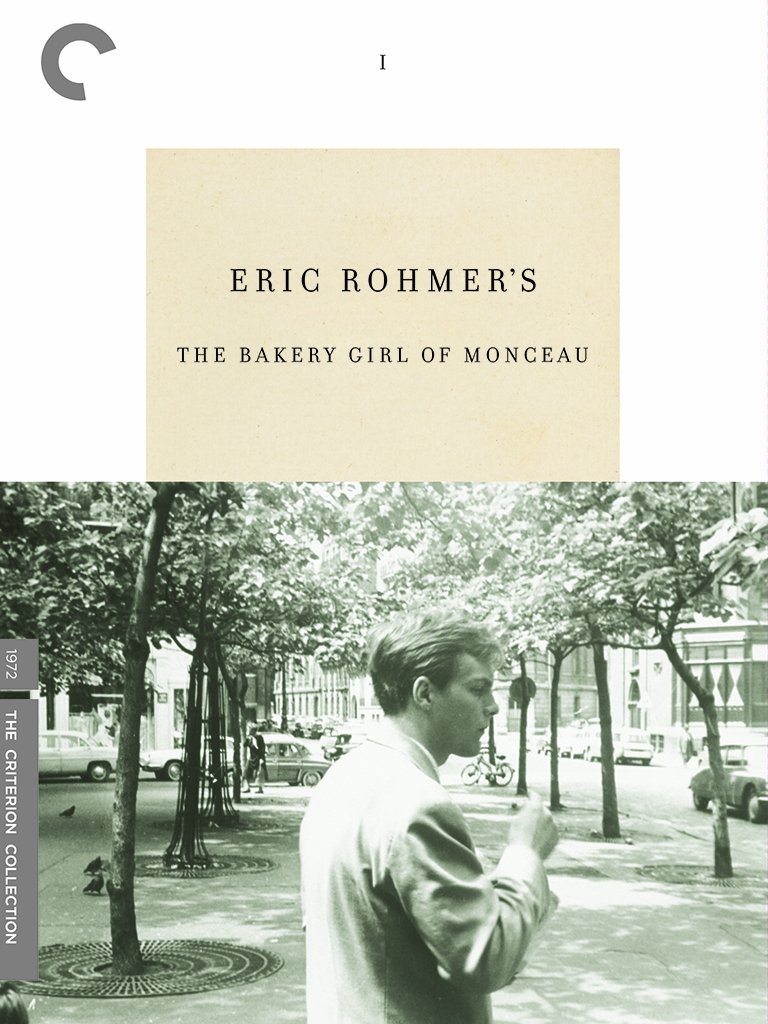 Eric Rohmer returned to filmmaking (after a period editing Cahiers du cinéma followed by the relative disappointment of his delayed feature debut) with this short film, the first in a six-part cycle he called the ‘Contes moraux’ (‘Six Moral Tales’). If the story seems somewhat slight (a man pines for an elegant woman, while flirting with a shopgirl), that doesn’t make its execution in any way simplistic. There’s some of that familiar nouvelle vague charm to the location shooting, which all takes place in one neighbourhood, on its grand boulevards, as well as its smaller byways and street market, and there’s charm too in the simplicity of the storyline. Indeed, the narrative pattern of a man in love with two women would be repeated in the later moral tales, but the differences in the women here is telling — Sylvie is a tall woman he passes regularly in the street, who holds herself with a slight hauteur, while Jacqueline (Claudine Soubrier) is a young shop assistant in a bakery who works every day. Our protagonist (played by the producer Barbet Schroeder) thinks he has a shot at Sylvie but he stops seeing her around for a while and, in her absence, makes a romantic move for Jacqueline. It’s significant too that our male protagonist isn’t named, and that the title of this (and most other films in the cycle) is after one of the women. In a sense, the man is a stand-in for the filmmaker and an audience surrogate, but if so, it’s a deeply critical portrait. He may have some success in love, but he’s shallow and frankly a bit creepily stalky too, and his voiceover makes it clear that his motives are pretty flawed. Rohmer’s sympathy is with the boulangère. 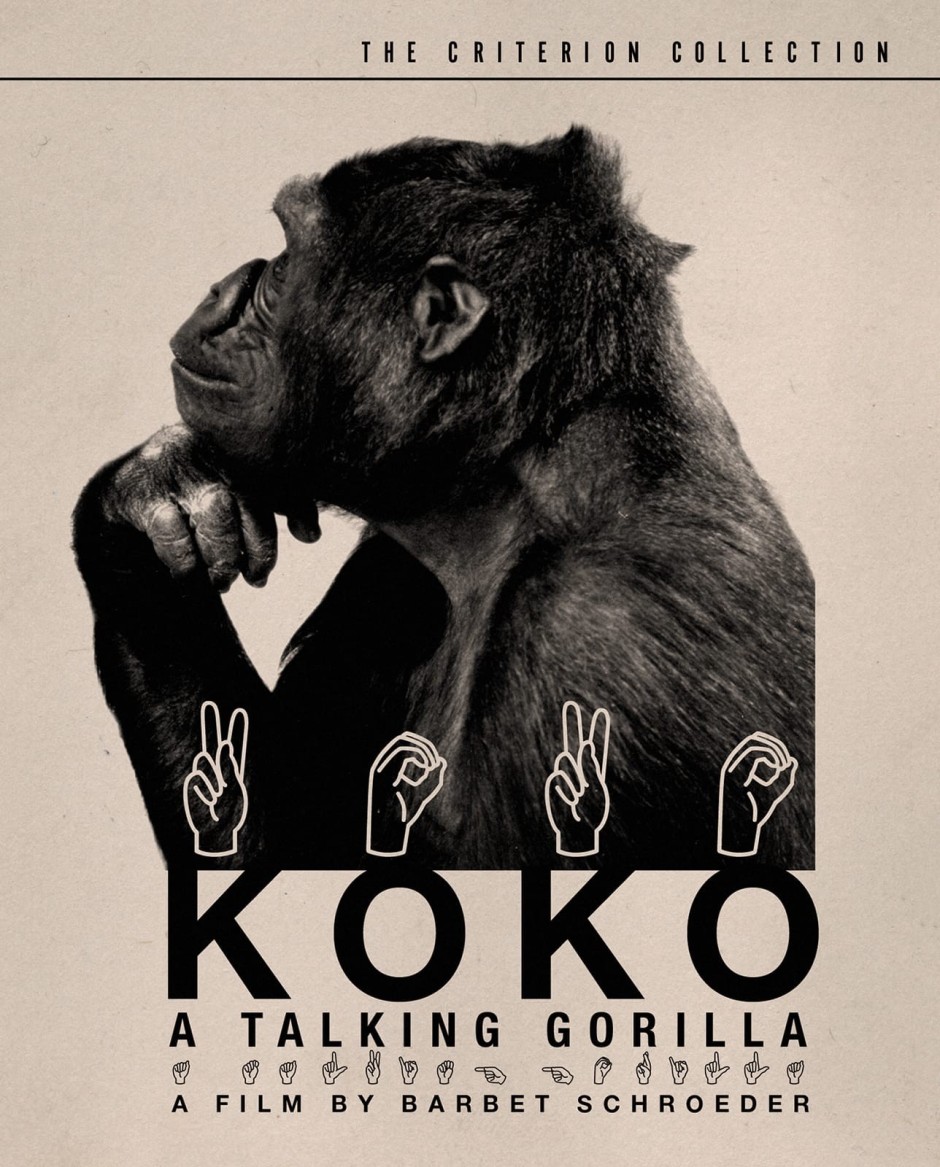 This documentary, about a young woman (Penny Patterson at Stanford University) teaching a gorilla to speak using some apparent version of American Sign Language, is interesting partly in the ways in which it has dated in the interim forty-something years. I suspect that ideas of animal rights (if not personhood) have advanced somewhat, though these questions are explicitly addressed by the film’s narrator towards the end of this film. And as I in the audience am not a behavioural scientist, I can hardly assess the techniques that Patterson uses (I don’t know quite how robust her scientific methodology is), but the fascination is in watching her and Koko interact and drawing one’s own conclusions. That said, there are occasional talking heads which pop up to elucidate some of the questions demanded by watching this footage. Still, I end up feeling a bit bad for Koko: the lives of animals in zoos are too often poor, especially compared to their natural habitats, and Koko feels rather forced into this arrangement. The film leaves us with the question of whether it’s even fair to assess a gorilla in relation to human society; there is a sense of the “civilising” work of missionaries at times to the single-mindedness of Patterson teaching her sign language, and who can know whether Koko’s life was improved as a result. Still, she lived a long life — she only died two years ago in 2018 — and the film remains an interesting reflection on something about that life. 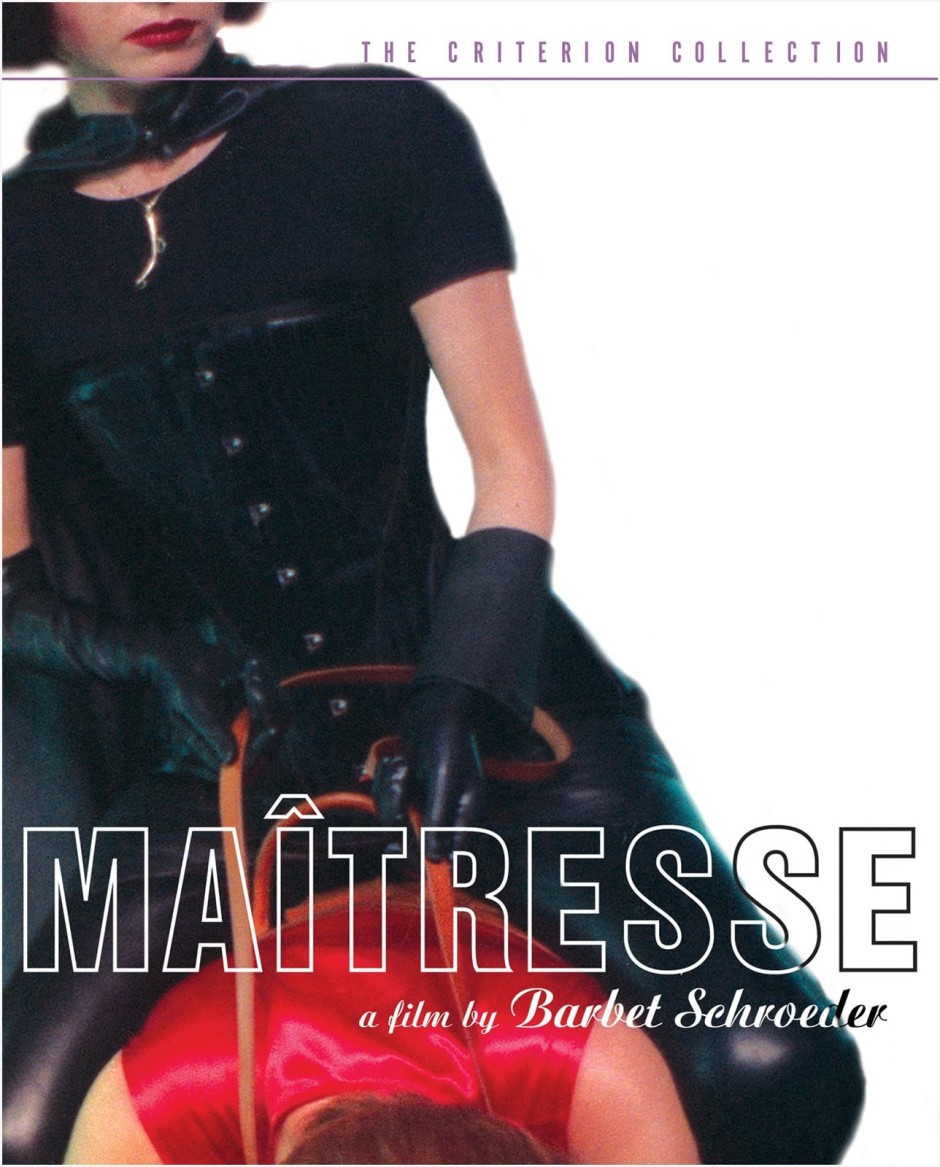 I think there are some interesting things going on in this film, primarily in the way in which power dynamics are worked out, but behind it all there’s a very familiar, very masculine 1970s French way of looking at the world which reminds me a lot of Godard and his fellow travellers. Essentially, it’s about a semi-criminal young man (Gérard Depardieu) who finds himself drawn into the world of a professional dominatrix (Bulle Ogier). He has no money and comes to rely on her, while she makes her money by dominating submissive men, but he finds himself needing to express his own dominance in their power relationship. In some sense, he is enacting familiar patriarchal pattern of behaviour; I’m just not sure that the film is interested in exploring both their subjectivities, so much as wanting to find some compromise whereby she becomes more submissive to his will. That said, there’s a lot of interesting interplay between the two, and I at least don’t get the feeling that her sex work itself is being criticised. Ultimately, it feels very much like a period piece. 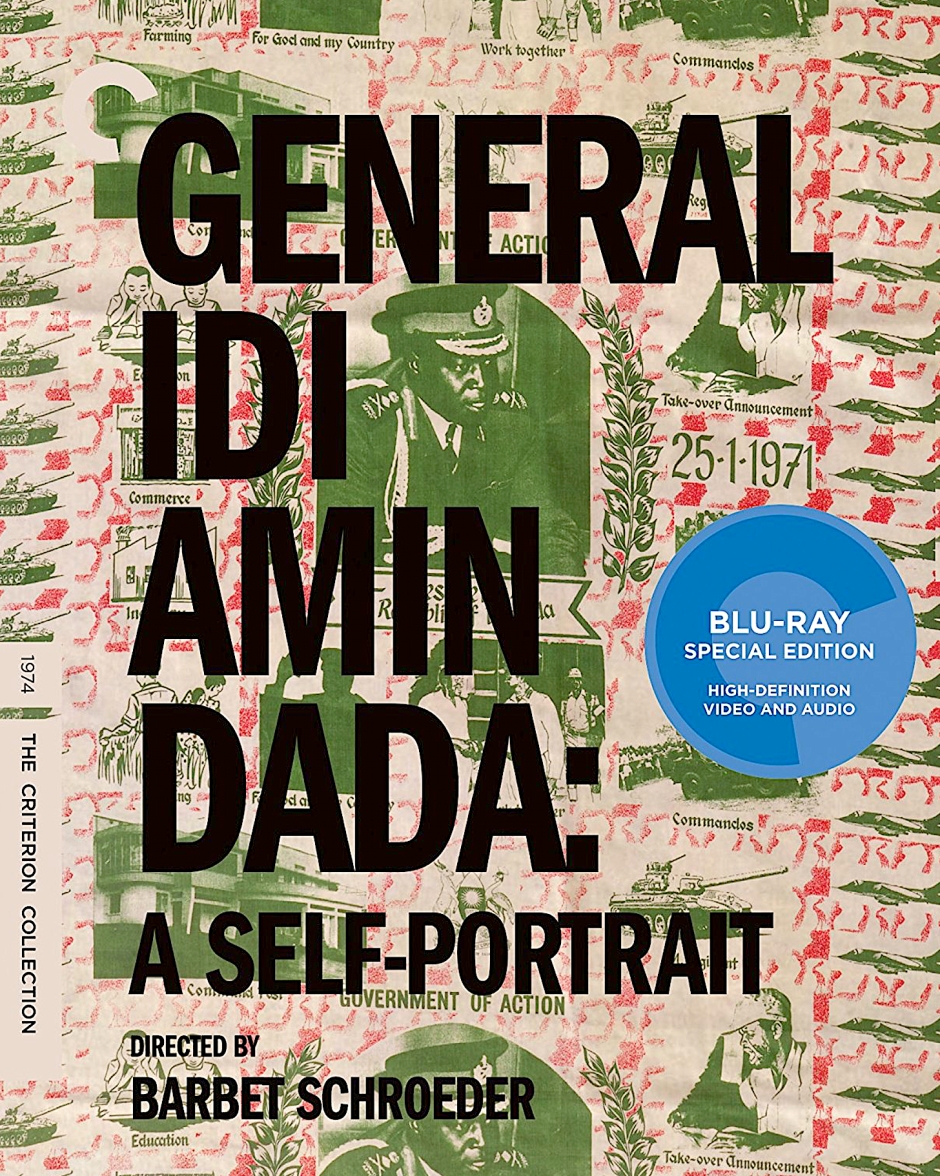 An odd documentary, with a double focus. On the one hand this is the Ugandan dictator’s film, as he gives directions to the camera and stages scenes, rambles on about his political philosophy and shows all the strings to his bow — political speechmaker, military commander (in a particularly underwhelming run-through of a prospective attack on Israel), tour guide to the African wildlife, and even accordion player. The other side of the film is Barbet Schroeder’s inserts, a pre-credits sequence of mass killings, a mention during a particular grumpy meeting that Amin holds with the foreign ministry that the minister was found dead a few weeks later, questions about his views on Hitler after producing a letter sent to the IOC following Munich. It’s chilling in its way, this genial fool and the damage and death he caused, but always relevant.