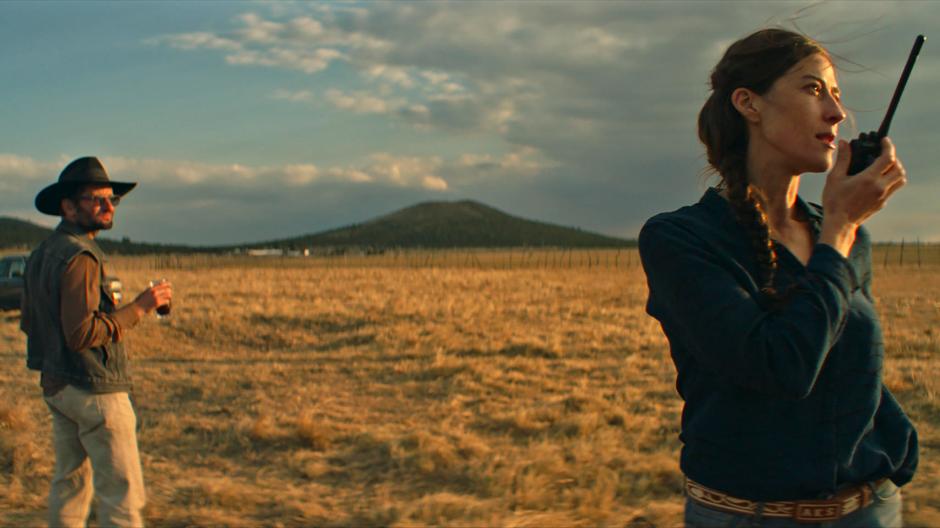 For most of the past week, my blog has been focusing on the Golden Age of Mexican cinema, with a roster of mighty melodramas, but in the modern era directors like Alfonso Cuarón, Guillermo del Toro and Alejandro González Iñárritu have found box office success (both in Mexico and in the United States, where many of them work now) in a variety of genres, though often still tending towards the dark and thorny. None has gained quite as much fervid festival acclaim (not to mention exasperated brickbats) than Carlos Reygadas, who unlike his contemporaries has remained in Mexico to make his films, rich with religious symbolism, copious sex and an austerely formal camera style. He made his name with Japón (2001, which is on the Criterion Collection now), and followed with the divisive Battle in Heaven (2005, below), with its Bressonian approach to non-actors combined with rather more florid content than Bresson would ever have countenanced. 2007’s Silent Light is to my mind his finest picture in terms of reconciling his themes and formal style, dealing with a Mennonite community, but Post Tenebras Lux (2012) has many admirers. His most recent film (Our Time) is also his longest, and is reviewed below.