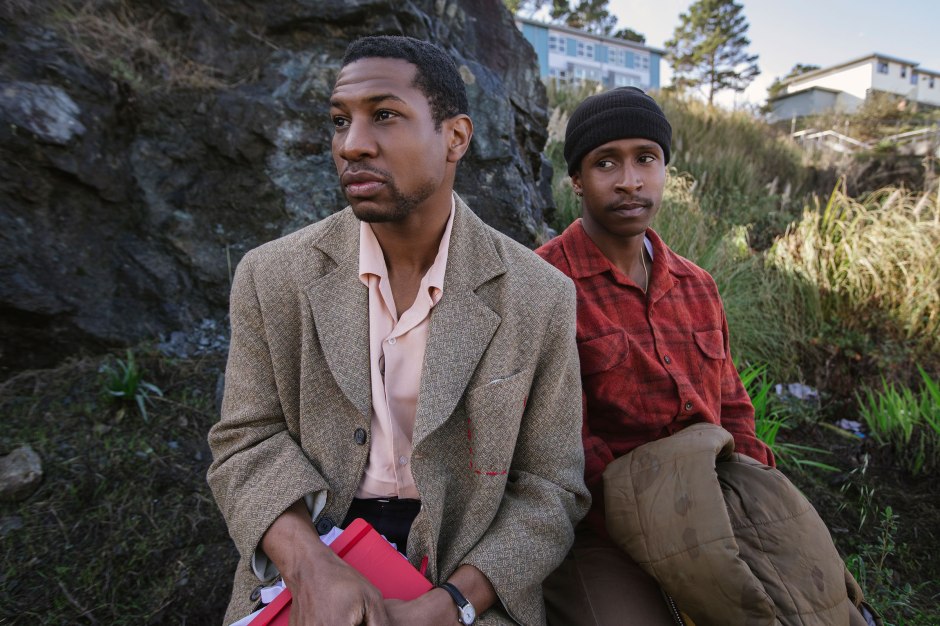 I’ve decided to nominate Saturdays on my blog as ‘revisit a theme you’ve already done a week about with a film you’ve watched recently’ so hopping back to my African-American cinema week with this recent release, which is the one whose release I was working my themed week around. It’s directed by a white guy, but (at least partly) written by its star Jimmie Fails, aspects of whose life it tells. It’s a very striking debut feature certainly, and very much worth checking out.

This was a film that surprised me. Obviously it’s impossible to make a film set now in San Francisco without it being at least obliquely (though here less so) about gentrification and the nature of modern capitalism, and I thought that Barry Jenkins’ Medicine for Melancholy had captured all that perfectly well ten years ago, but this is a completely different film in every aspect. I’m rather surprised, indeed, that it’s a debut film, though at times the denseness of the music and image does feel a little bit cluttered. Still, it has a real poetry to the way it evokes — and at the same denaturalises through its aesthetic choices — modern San Franciscan life. It’s about what it means to live in a place, and love it (“you don’t get to hate it if you don’t love it”), but also be pushed away and alienated by it. Jimmie, the lead character who also contributed to the screenplay, has the quality of a young Don Cheadle, and seems to encapsulate something at times quite profound about the city (and most modern cities), while his friend Montgomery (Jonathan Majors) seems to stand equally outside the place, if for different reasons. Still, I sometimes wonder if I’m not just being a bit distracted by the deeply mannered sense of aesthetics, though I can’t deny it caught up with me on several occasions. 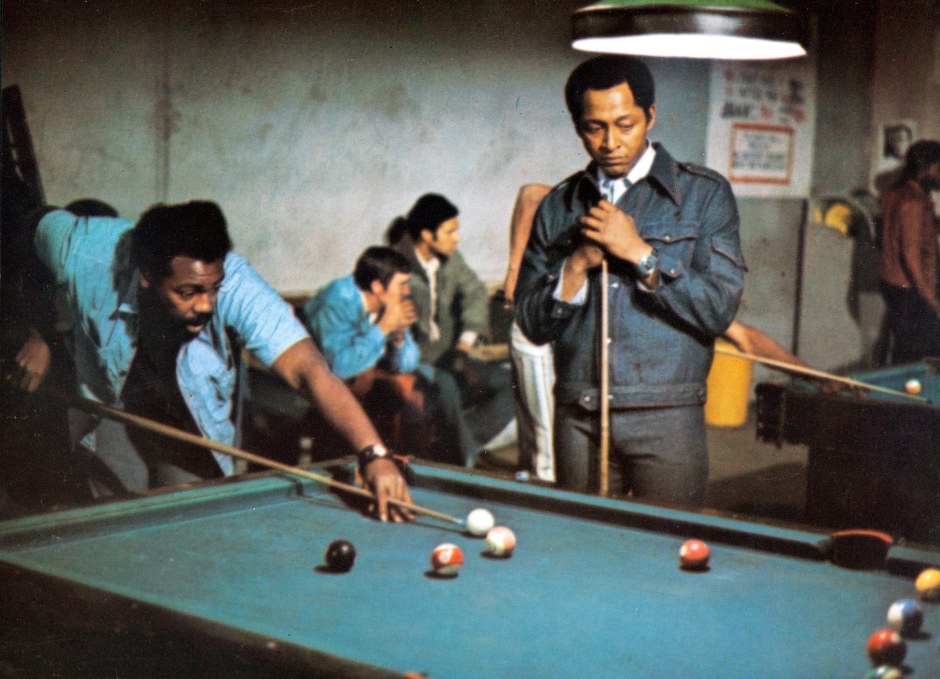 END_OF_DOCUMENT_TOKEN_TO_BE_REPLACED

There are a lot of charges that get levelled at Wes Anderson, his filmmaking and his films — often feelings that I’ve held at some time or another — which is usually around the fastidiousness with which the sets are designed, or the shots are framed, about the sense that emotion has been overwhelmed by the constructedness of the places within which they’re shared, stuff like that. And as I said, sometimes I really do feel that, but while ultimately he may have an outcome very clearly in mind, he’s also canny enough to hire actors who are able to get at something, and it’s something that in Royal Tenenbaums feels particularly deep and sad. Anjelica Huston and Gene Hackman really underpin this whole enterprise, as Etheline and Royal, the estranged heads of this particular family, and it all seems to first come together in the scene where Royal confronts her outside his building, in front of a Japanese embassy building, at first saying he’s dying then retracting that when she makes what he considers too much of a scene, all conveyed in small gestures with a largely static camera.

Thinking about the fact that I recall where it takes place, I don’t happen to think that these details, however elaborately placed, are always all that deep. The embassy has a zen garden after all, which we learn about (and becomes relevant) later, but also that idea of zen seems metaphorically perhaps to be juxtaposed with this emotionally-charged scene that plays out in front. The film is replete with such details, little flourishes around the edge of the frame, but they feel more like a crutch to help the actors, because it’s in them that the film lives. I’ve seen it many many times, but for the first half an hour I don’t particularly feel connected to any of them — they seem at first to be just a set of attributes that Anderson accretes, like the clubs that Max Fischer is part of in Rushmore, more a substitute for character than an expression of it. And when overlaid with the just-so music choices, it almost feels manipulative.

It’s just that, as the film progresses, a sense of this family’s atomisation and the way that every character, deep down (or not so deep in some cases), is fundamentally broken becomes overwhelming. And it’s at that point that I start to go with it, for all that I resist Anderson’s “quirks”. It’s at this point that the children, who seem at first to be so programmatic in their construction (a troubled sports star, an angst-filled artist, an over-compensating business savant), come centre stage, and even actors who I’ve never really felt particularly strongly towards, people like Luke Wilson and Gwyneth Paltrow, become so affecting, perhaps because of this. And so the expression of their pain, in conjunction with the sets, the props, the music choices, becomes really, almost strangely, comforting. It’s a film that seems to express the idea that everything can become alright, bearable and liveable despite all the pain.

What I’m left with, then, as something that I find difficult to therefore integrate into this world, is how white it is, Danny Glover’s accountant Henry Sherman aside. All the people of colour are supporting, in almost servile ways, emotional supports for damaged, rich white people. Too many of these minor characters, whom I recall as being treated rather generously, in fact seem rather the butt of jokes upon rewatching the film. How can I sympathise with Royal’s character (which is clearly the intention) when his idea of tearing it up and rebelling against the system seems to involve throwing water balloons at the “Gypsy Cabs”, amongst other things? I don’t know, this may be a blindspot for me, or it may be for Anderson, and it leaves me feeling slightly less generous, but on the whole this is a deeply affecting family drama dressed up as spritely comic fluff. 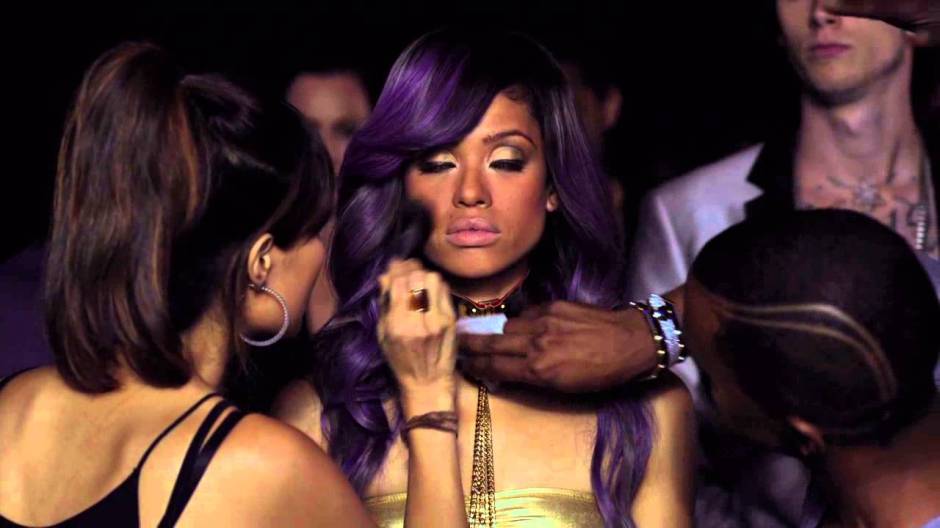 This was released at the end of last year in the US and it should by any reasonable measure have had a UK release too (after all, there’s plenty of dross which does). It’s a story in which the central character Noni and her mother (Gugu Mbatha-Raw and Minnie Driver respectively) are from Brixton, and it even has sequences set in this country. And yet it went straight to DVD, which is why the folks from the Bechdel Test Fest thankfully stepped in to give it a mere two (well-attended) cinematic screenings. The film is packed with powerful scenes that seem to be rendered out of raw emotion, not through some intensity of over-acting but just an acuity of writing on the part of director Gina Prince-Bythewood (who has sadly not been as active a filmmaker as her short but distinguished filmography suggests). That said, I’m not sure if I’m explaining its effect well. Maybe “raw emotion” is too portentous a phrase to convey how the narrative operates. It seems to tap into a wellspring of female-centred melodramatic tradition — of the artist (here a pop/R&B singer) trying to reconcile her work and public image with her private desires (towards cop and nascent politician Kaz, played by Nate Parker) — without actually quite being that. The plot synopsis could suggest some kind of Notting Hill refit, except that it’s not a comedy either. It’s a serious-minded romantic drama that treats its characters with respect, even when they don’t respect themselves. It’s also packed with some of my favourite scenes from any of this year’s films, just for their sheer straightforward punchiness, and for Mbatha-Raw’s wonderful performance, which calls on her to shed layers of protective emotional armour not in order to secure a man, but in order to find something within herself that she can be happy with. It’s quite an achievement and it deserves your time.