Finishing off my week of films I saw at Wellington’s recent French Film Festival is this recent release, which went swiftly into the cinemas and I think has probably done quite well, presumably based on the lead actor’s profile in Call My Agent! (which is certainly where I know her from). I hadn’t realised Robert Louis Stevenson had been a pioneer of hiking, or had links with this area of France, but that was one of the things I learned from this otherwise rather silly (but fun) movie.

Did Balthazar truly die so that Patrick could take a walk with Laure Calamy in the Cévennes? I was all ready to be snarky and dismissive along those lines, but actually this is quite a sweet and even rather funny film in which Calamy basically reprises her role as Noémie in the TV show Call My Agent! but as the titular Antoinette, lovestruck over a married man and barely holding herself together at times, but finding through her journey an inner resilience (nurtured by a growing bond with Patrick the donkey, etc. etc.). I mean, it should all be unwatchable really, but Calamy (a bit like Jane Krakowski on US TV shows like 30 Rock) has a gift at imbuing what seem like shallow caricatures with an inner humanity. She’s introduced as a teacher changing at the back of her classroom into a spangly dress to lead her kids in a rendition of a thematically very inappropriate and slightly gothy song to a group of parents, while winking at what we all assume is her boyfriend, but turns out to be the (married) parent of one of her children, and when he heads off for a holiday with his family, foolishly decides to secretly stalk him. It’s the pure sociopathic stuff of romcoms, but as ever is negotiated largely through having such a likeable lead. Basically, it shouldn’t really work, but it does.

I was uncertain about whether to even go to this film in our local French film festival (I’ve barely engaged with Céline Dion’s music, though I greatly enjoyed Carl Wilson’s 33 1/3 book Let’s Talk about Love), but it turned out to be a highlight. It’s bonkers, let’s be clear, it is a gonzo piece of filmmaking, largely due to the writer/director’s casting of herself, starting with playing Dion in childhood (no younger stand-ins for this biopic). It’s also fictionalised, as I can’t imagine Dion ever giving her blessing to a film about her, certainly not this one, but it feels consistent with Dion’s own persona to be this far out. It’s good fun, though I can easily imagine someone hating it as much as I enjoyed it.

There is something self-indulgent about directing and writing a film about a Canadian pop culture icon and then casting yourself as the lead, but I have to applaud it. The move of then having you, a fully middle-aged woman, playing her as a child as well is the stuff of nightmares, but luckily that section only lasts a short while. Given the (lightly fictionalised) biopic nature of this — Aline Dieu is actually a stand-in for Céline Dion, as is clear from the very opening credits — it has a slightly episodic feel to it, as her life and career is rushed through. Nonetheless, it manages to hit all the requisite emotional crescendos, particularly around her large but supportive family (particularly her doting mother and father), her relationship with her much older manager, and her rather quirky looks — a sort of unkempt gawkiness that the actor/director/writer Valérie Lemercier captures well, without quite looking like the original (but that’s fine; it’s fictionalised after all). I’ve come across Dion in a number of pop cultural contexts, and she always comes across as an appealing personality to me, including in this film, so I really should actually engage with her music at some point in my life. In the meantime, for those of you who don’t really know her songs at all (like me), I can say that the film affected me despite that. 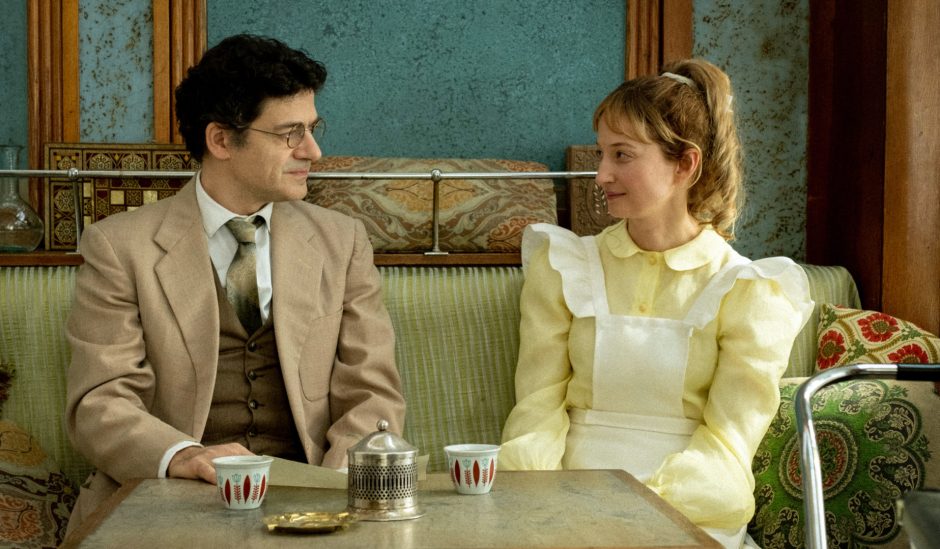 Moving on in my week of French Film Festival picks from this year is this quirky and odd drama with more than a hint of slapstick comedy about a relationship set against the outbreak of Lebanon’s civil war in the mid-1970s. It’s as much about the characters as it is about Beirut, I feel, and about the relationship we have to history as those who have been scarred by it.

I feel like a see a lot of very middling dramas in various film festivals, that are competent and about people dealing with stuff but don’t really bring anything particularly new to the screen either formally or in content. This film deals with the past, and it’s really focused on a relationship between two characters — Alba Rohrwacher’s Alice, a Swiss au pair who goes to help out a Lebanese family and for whom the film is named in the original French, and a Lebanese scientist Joseph (Wajdi Mouawad), and the life they have in Beirut together. But it’s also sub rosa about the relationship we have to Beirut’s past, largely lost in a destructive Civil War that started in the mid-70s and against the backdrop of which this plays out. The film is inventive in its formal strategies to depict this sense of displacement, but mounting scenes against a green screen with old photos of Beirut used as the backdrop, or just by occluding certain sights that characters are looking at, or by staging factional fighting using a few characters in masks on what looks like a soundstage, all of which imparts a heightened sense of loss of the past and adds a certain extra melancholy element to the film, which is otherwise rather brightly and quirkily set designed. It doesn’t work in every detail, but its distinctively different from most films set in the past, and Rohrwacher is herself always such an interesting screen presence, that I really liked this film. 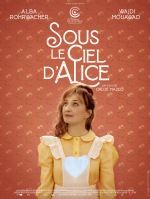 Like any town with more than a handful of cinemas (though barely more than a handful), there are a range of smaller film festivals being organised to show films that otherwise wouldn’t make it to a big screen, and such is the way in Wellington, where recently there was a French Film Festival. It showed a handful of classics (like Breathless) but most of the programme was dedicated to recent films, and I saw a few so that’s what I’ll be focusing on this week. I’ll start with the latest film de Anne Fontaine, the Luxembourger who’s not my favourite filmmaker but who does solid work.

This film is called Police in the original, but the title is shown reflected from right to left, and that very much cues you up to what to expect: it’s about the police, sure, but… are they the good guys? The title is a bold move, though, given there’s a Pialat film of the same name, and, look, I’ve been guilty in the past of seeing that Anne Fontaine directorial credit and being a bit dismissive, but I’ve never really hated any of her films I’ve seen (even Adore aka Perfect Mothers), and I appreciate her spin on fairly well-worn tropes, even if ultimately it all ends up feeling just a little… off somehow. Still, she’s assembled a fine cast of big names. Efira! Sy! Another couple of guys, who feel pretty honest to their characters, and she’s telling a story of morality intersecting with one’s work. It goes where it goes, and it doesn’t explain everything for the viewer; certain outcomes are hinted at, but there’s no expectation of change and I’m not sure Fontaine is even trying to redeem these guys, just give some perspective. I’m not suddenly, as a result, going to start loving cops as film subjects, but this feels like solid character work.

I love films about immigrant experiences, as they render tangible how a person encounters another society and negotiates their place within it (a feeling that I can relate to, in however limited a way) — and the outside perspective can provide real insights into the society under discussion, in this film no less. Parisienne (or “fear of nothing” in its original French title) is about Lina (played by radiant newcomer Manal Issa), who has moved from Beirut to Paris in 1993 — this, it turns out, is a period film, with requisite careful detail of fashion and music (and it seems the director was really into Frank Black back then). Lina is dealing with a volatile family situation and responds by throwing herself into her studies, not to mention a succession of somewhat interchangeable French boyfriends. In this respect, I really like the way the director Danielle Arbid sets up unequal relationships of power for her teenage protagonist, in some ways the core of the film’s characterisation — from early scenes as she fights off the untoward attentions of her uncle, to these entitled, slightly older, white guys (including Vincent Lacoste), most of them well meaning, but just unrelenting in their insistence; there’s a sublimated violence to their advances that’s nicely brought out (I don’t know whether on purpose but it seemed to be there).

At a narrative level, the film is somewhat meandering, and the camera echoes this at a formal level, being given to wandering off, or cutting in close-ups of gesture and set decoration. If at times it feels like there’s no real message exactly, then that is surely of a piece with the storytelling: Lina is a young woman still forming her ideas and trying these on via various social connections (she even falls in with some skinheaded neo-Nazis at one point, leading to a bit of discussion of Le Pen père, which suddenly feels not so distant in time). It’s a film about finding strength and seeking identity, and in that it’s very successful.