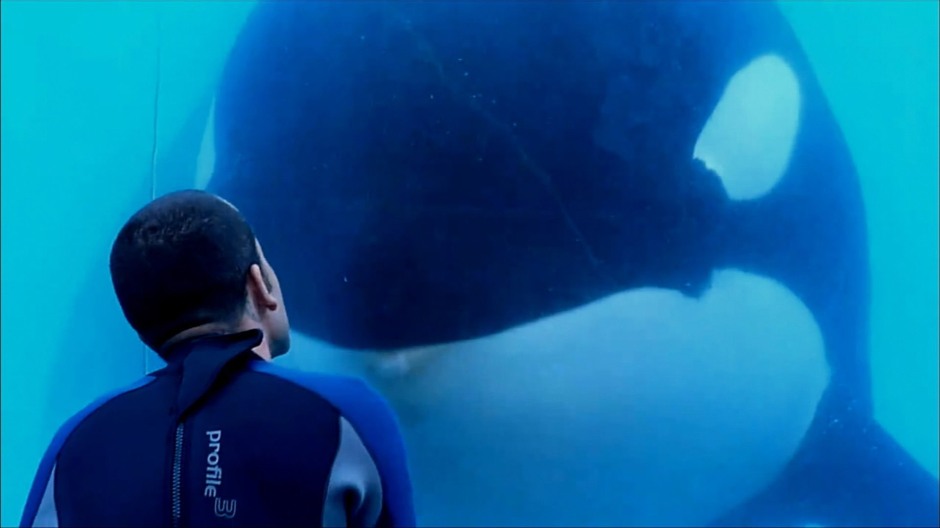 As someone who was never likely to trouble the doors of a marine theme park, at least not one that entertains audiences with orcas (known more commonly as ‘killer whales’ or ‘blackfish’) doing tricks, I’m probably not the target of this documentary. And I can’t say that any of what it presents is really a surprise, except in so far as I’d never really thought about the practice of running such a theme park. But it turns out that it entails a fair amount of animal cruelty, not to mention some brazen disregard for the safety of human trainers. I have no doubt that working practices for the humans have improved at SeaWorld and other such facilities presented here, but to a certain extent this documentary isn’t even about the trainers — though the deaths of several of them are covered — but about the whales. Chief among them is Tilikum, a whale who has not only lived longer than many in captivity (reaching over 30 years, though still a fraction of an orca’s lifespan in the wild), but has also sired a huge number of SeaWorld’s orca stock, and, as it happens, caused the injury and deaths of more than one trainer. The chief insight then is into the lifespan of a captive orca, using ‘Tilly’ as an example: from capture, to being passed around a number of parks, kept in a variety of conditions, and required to take part in shows for sometimes scant reward. All of this, Blackfish suggests, seems to contribute to a level of psychosis in the whale that leads to them lashing out. Whatever the reasons for the whales’ violence under captivity, the clear message remains that capturing them and exploiting them for entertainment is just a bad idea for everyone who’s involved in it.