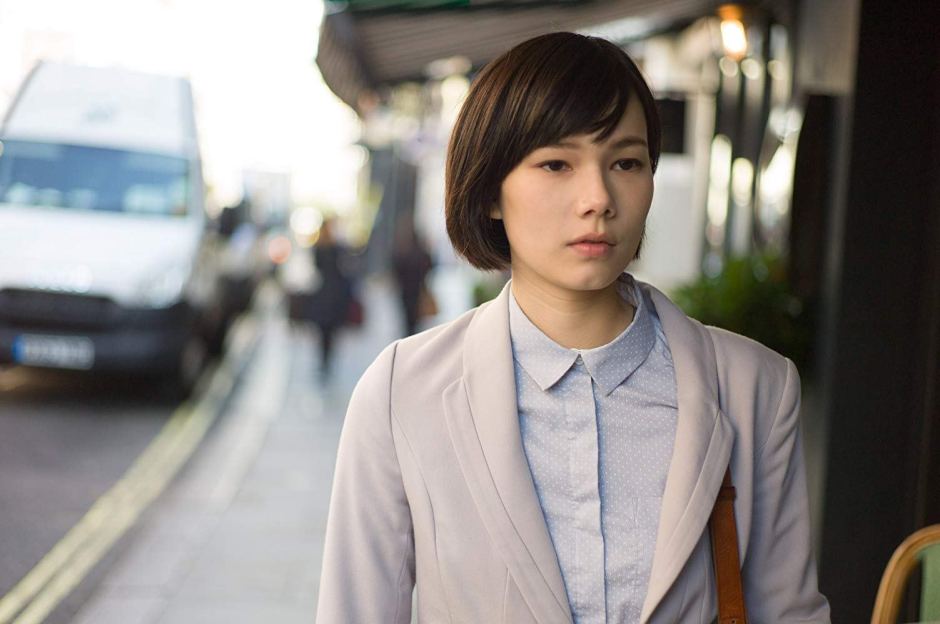 Economics and demography mean that Asian-American cinema rather dominates the Asian diaspora experience on the cinema screen, but there are stories from around the world that deal with similar themes. One such is this smallscale British-Taiwanese co-production set in London, about a young woman with few means trying to get a foothold on employment in a strange city.

This is yet another recent film which deals with the precariat, young people who can barely subsist, have difficulty finding work and are often expected to take on unpaid labour — the situation in which our Taiwanese-born protagonist Tina (Teresa Daley) finds herself at the outset. We see her encouraged to intern to bolster her CV by an unhelpful agency, whose agent also dolefully jokes about possibly losing his job. She has a degree, speaks English very well, and is presentable and professional in interviews, yet all she can get is work as a receptionist at an unlicensed brothel in the London suburbs (as an aside, it looks like Barking or Romford to me).

The film has a taut running time and effectively conveys a sense of claustrophobia, as much of the film unfolds in either this suburban terraced house with its ageing decor, or Tina and her (frankly horrible, although also likely depressed) English boyfriend’s tiny, drab flat. At one level, Tina’s work in the brothel is just a job, really, even if it’s one that puts her in rather closer touch with violence and exploitation than most jobs (much of that is due to her workplace’s illegal status, I daresay). Indeed there are repeated references to death (worms dying when out of the ground is a repeated metaphor, and one of the plotlines literalises it), hinting at the lives of these immigrant women, who are all just trying to keep their heads above water in an expensive foreign country.

It’s an interesting film, and a different viewpoint on life in London (in that respect, I am reminded of Gholam, another such London-set story), that largely stays away from the tourist views and, even given the sex work setting, is likely to be redolent of many young workers’ experiences (especially those of women, and particularly women of colour, in the service industry).