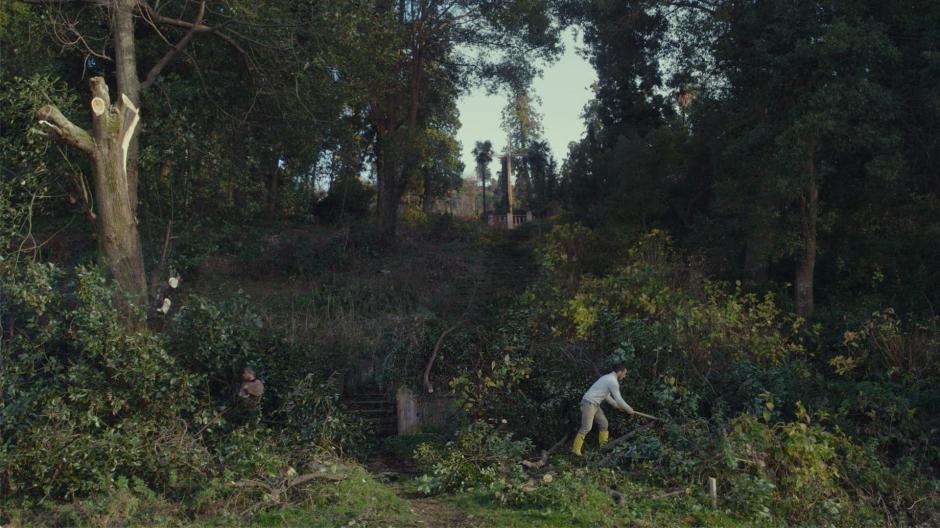 One of the best things about film festivals — and where they differ most markedly from commercial film distribution — is the way they feature a multiplicity of filmmaking techniques. This is especially evident amongst the documentaries. Whereas most of what gets released is deeply conventional (and there were certainly some of those at Whānau Mārama – New Zealand International Film Festival), you also see more poetic, dreamlike, experimental examples. This Georgian film, for example, very much follows the poetic route, with no narration or on-screen text, very few interviews, and is largely just a succession of grand, thought-provoking, curious images of trees being moved.

If the most common type of documentary is the talking heads method of personal testimony, usually about an individual subject and blended with archival footage or even recreations, then another major form — and perhaps more prevalent at film festivals — is this one, which eschews narration or on-screen text to provide contextualisation, and instead just observes its subjects, using the rhythm of the editing, the elegance of the framing and a few musical cues to draw out its inherent drama. It’s slow cinema, in which we just seem to spend time watching trees, watching trees being dug up, watching trees being transported, in slow lumbering ways because these are very large, very old trees. We never even really see the person who’s taking these trees, and only at the end do we get a sense of why they are being taken, but instead we see the communities and the villages of Georgia, where its set and we get a sense for the rhythms of life in these places. It’s not an easy sell, but it has an emotional centre along with a lot of hydraulic diggers.

This is another story of recent Georgian history, but from the unusual viewpoint of a woman whose partner (and father of her kids) is in jail. We never find out why but from the other stories mentioned, it’s likely his 10 year sentence is for something petty and minor. The film focuses in on the face of actor Mari Kitia, who does excellent, understated work in this slow and deliberate drama. Much of the film takes place at the prison, starting with a perfunctory wedding ceremony, required so she can visit her husband, and ending with an almost domestic day she gets to spend with him in the prison grounds. It’s a slight movie, but with powerful moments and a great central performance.