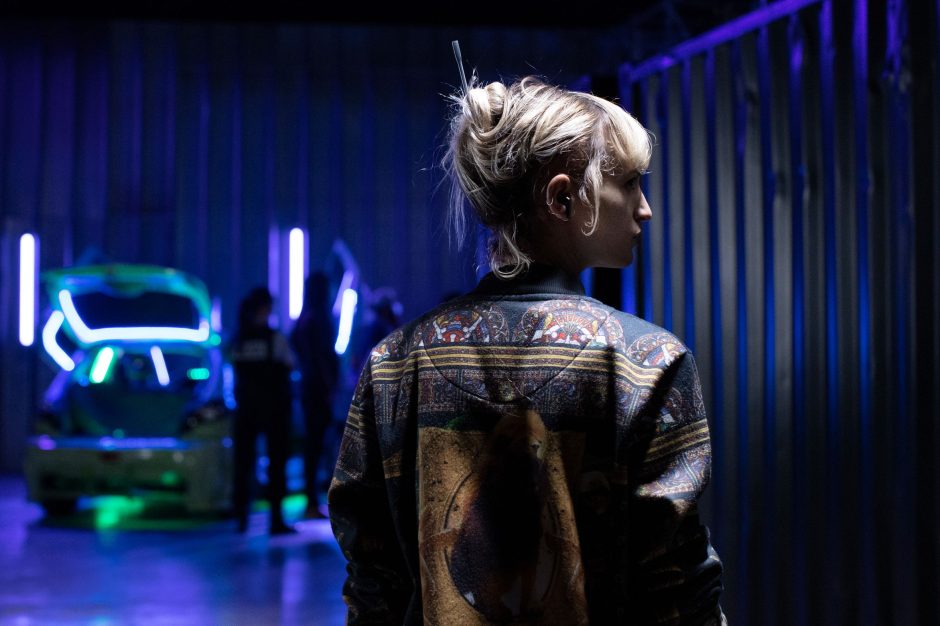 The closing night film of the New Zealand International Film Festival ended up being the Cannes Palme d’Or winner Titane, which is certainly a very bold and disturbing film to be winning major awards but there’s something to that. I was never quite sure if I really loved it while it was going on, but I do know that it was surprising and confrontational, and quite baroquely stylish, with an excellent performance from newcomer Agathe Rousselle and grizzled veteran Vincent Lindon.

Watching this Cannes prize-winning film most strongly reminds me of the work of Claire Denis. The influence of David Cronenberg is perhaps most obvious in its body horror genre trappings, but for me Denis is the influence that seems clearest to me, and partly that’s a matter of tone. The one time I’ve seen Denis discuss her film at a live Q&A was after a screening of Bastards, which also stars Vincent Lindon and is set in a twilight world riven with anger (at least in my recollection), and reading interviews with this film’s director Julia Ducournau reminds me of the way Denis would confront her critics, never seemingly more engaged than when she was outraged by an angry comment.

Clearly there’s a lot that audiences and critics are divided over with Titane, and some of the criticism is probably quite at odds with what Ducournau intended, but it seems at heart to be about human connection. Along the way it dispenses with trite psychologising — we see Alexia (Agathe Rousselle) briefly as a child, but any relationship she has with her parents is very much only indirectly implied, and the reasons for her turning to murder are never really delved into — in favour of a heady immersion into a stylised world of machines and flesh. This isn’t the romantic abstraction of, say, Ex Machina, but instead a very fleshy world of scars and body transformation, which hints at a trans subtext (though the filmmaker denies that) and certainly speaks to gender fluidity, an in-your-face be-queer-do-crimes vibe. That said, when she comes into contact with Vincent Lindon’s firefighter, the film changes perceptibly to being one about acceptance and love despite everything — and there’s a lot there for his character to blindly accept.

The filmmaking is fearless when it comes to bodies, and that much is certainly evident from Ducournau’s debut feature Raw, but it’s also very much within a genre framework where this kind of horror is a little bit abstracted from the emotional reality (a scene with a knitting needle lands very differently in, say, Happening) without entirely relinquishing that primal response. That can make twists like Alexia’s relationship with the car make a certain amount of poetic sense, but her relationship with Vincent seems pretty profound too, and he is great in what must have been a challenging role. The textures of the colours and images, the propulsive music and relentlessness of the endeavour carries it, along with a fair amount of jet black humour. I’m not even sure if it’s a great film, but it feels pretty special.

Horror movies at their best allegorise traumatic experiences and Raw — or Grave in its original French title, which means something more like “serious”, and is a phrase thrown around a few times during the film in reference to lead character Justine’s changes — takes on that transition to university with aplomb. It is, to be sure, rather more disturbing than my own time as a first year but it captures something of that desire to fit in and also be a part of a larger group. Here the students are aspiring vets largely isolated at the edge of a small town, somewhere removed from society, running amok at parties in between scenes of lab dissection. There are other elements thrown in — the exploration of sexuality, most notably — which add further resonance to the film, as Garance Marillier’s Justine is led on by her older sister Alexia (Ella Rumpf). In this particular intersection of sex and gore, the film is reminiscent of Claire Denis’ Trouble Every Day (though with less Vincent Gallo, thankfully). It looks great, it has a carefully chosen soundtrack, and there are some great trippy shots. Also, can I just add that I love the poster. It’s been all over the London underground for the last month or so, and it’s just the right balance of unsettling and suggestive without being graphic.