In New Zealand, plenty of the films that make it to the film festival NZIFF are ones that elsewhere in the world would go straight to cinemas and get all kinds of rave reviews, but foreign language films generally have to be quite middlebrow and forgettable to get distribution, so I can only hope that Happening manages to do so, because it’s an excellent period drama.

This isn’t the first film at this film festival I’ve seen which deals with women seeking an abortion, but this one is set in 1960s France, not the most tolerant place to be looking for such a service. However, the film makes a clear case for why it should be accessible, given the struggle our central character Anne (Anamaria Vartolomei) goes through. She’s young, inexperienced and clearly ill-equipped to have a child, but puts herself through all kinds of trauma in order to try to have a normal life, while naturally the deadbeat dad (well, a fellow student) has practically no worries about the situation at all. Given the subject matter though, this film strikes a rather dreamy and detached tone, unlike say the grim existential angst of say 4 Months, 3 Weeks and 2 Days or Never Rarely Sometimes Always, or even the period chiaroscuro of Vera Drake, It makes some of the darker material easier to take in a way, this aesthetic care taken over the look of the piece, without dwelling on flashy period details (the era its set in is picked up from tangential clues mostly, rather than people striding around in silly wigs and fashion). Plus it has a great performance from the young actor at its heart. 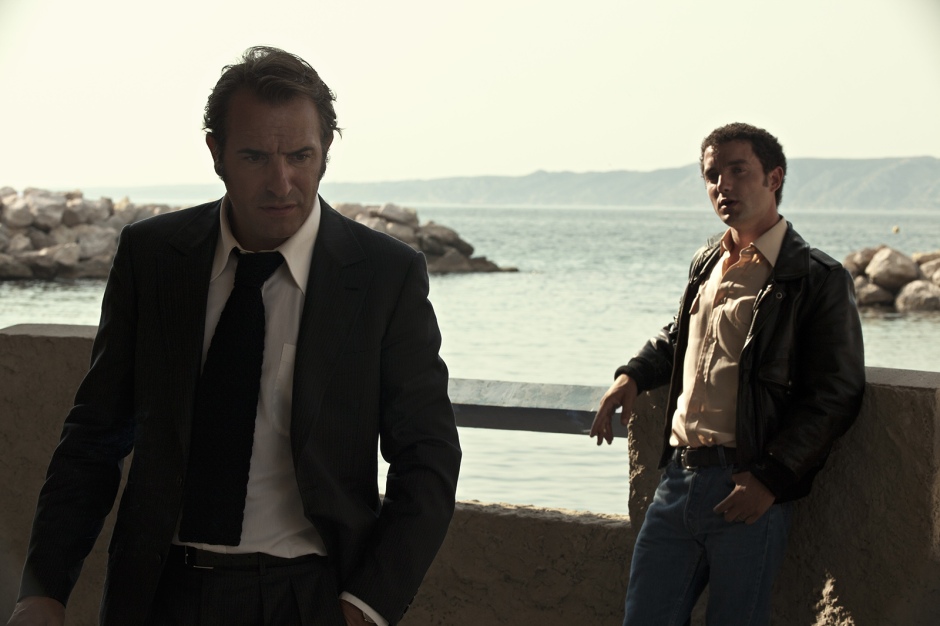 Jean Dujardin certainly can do suave. He could probably take Mad Men‘s Jon Hamm, though I probably shouldn’t be spending so much time imagining some kind of fictional scenario of these two suited men facing off while smoking picturesquely. However, there’s something about the 70s setting of La French that makes me want to go there. The titles (original and English-language version) should tip you off that this is related to the (real-life) events earlier chronicled by The French Connection (1971). As of this review, I haven’t seen that film (sorry) nor know much about the events, except that the earlier film was made before this one’s events even get going, so here we’re looking at the tail end of the drug trade in France. It’s Jean Dujardin’s magistrate Pierre who largely brings it down, targeting the figure of Gilles Lellouche’s gangster Tany. There’s nothing particularly flashy on show, and while the filmmaker channels the work of Scorsese (music-led sequences; a vivid sense of period place) and others from that vaunted era of American film, it stays restrained like, for example, J.C. Chandor’s recent 70s-set A Most Violent Year. The focus remains on the procedural aspects of Pierre’s work in provincial seaside city Marseille, as he struggles to corner the slippery Tany, and even the strain it puts on his family life is only elliptically touched upon. It’s very much a film about a man’s world (even if co-scripted by a woman), but it’s a compelling one nonetheless.