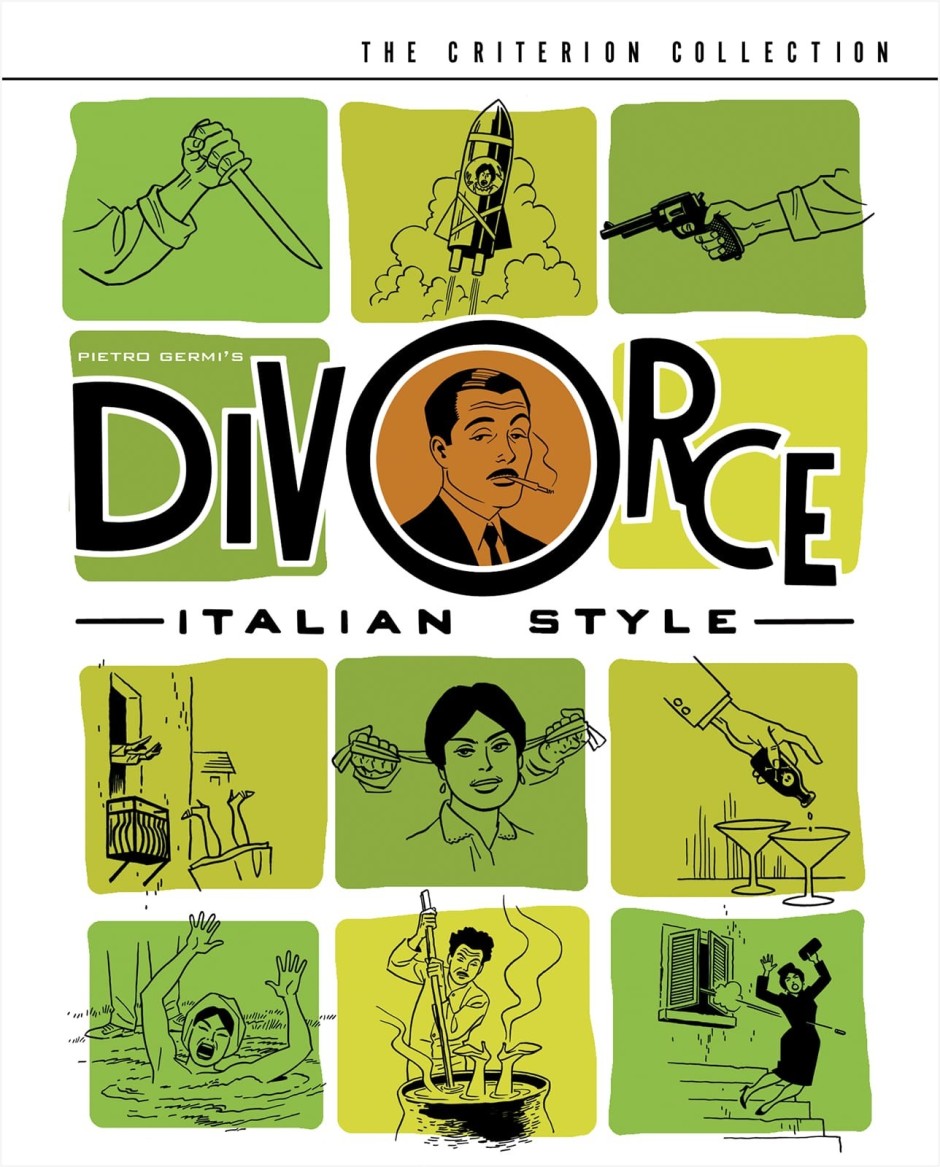 Marcello Mastroianni’s married man, a rakish Sicilian noble fallen on hard times, Baron Fernando, falls for his beautiful teenage cousin Angela (Stefania Sandrelli) and tries to figure out ways he can get out of his marriage, thanks to Italy’s strict laws about divorce. If the premise of this film is rather leering and lascivious, one suspects it was taken much the same way in Italy of 1960; this, after all, is a film that attempts to poke fun at the leering, lascivious ways of older gentlemen like Fernando (his dad, too, is much the same with the family’s maid). Mastroianni is of course excellent in the kind of role he was always a natural fit for, what with his charm and good looks, but that doesn’t excuse his character, who gets increasingly desperate and violent in his plotting to divorce his wife Rosalia (Daniela Rocca, who is also clearly a very beautiful woman and not much older than Sandrelli, even if the filmmakers have given her a unibrow and some unflattering upper lip hair). Ferdinando remains the focus throughout, along with his (at times) cartoonishly silly plans, and neither Angela nor Rosalia feel fully fleshed out as characters, but the film maintains a light and humorous tone to all the goings-on, with some beautiful black-and-white photography of Sicily.