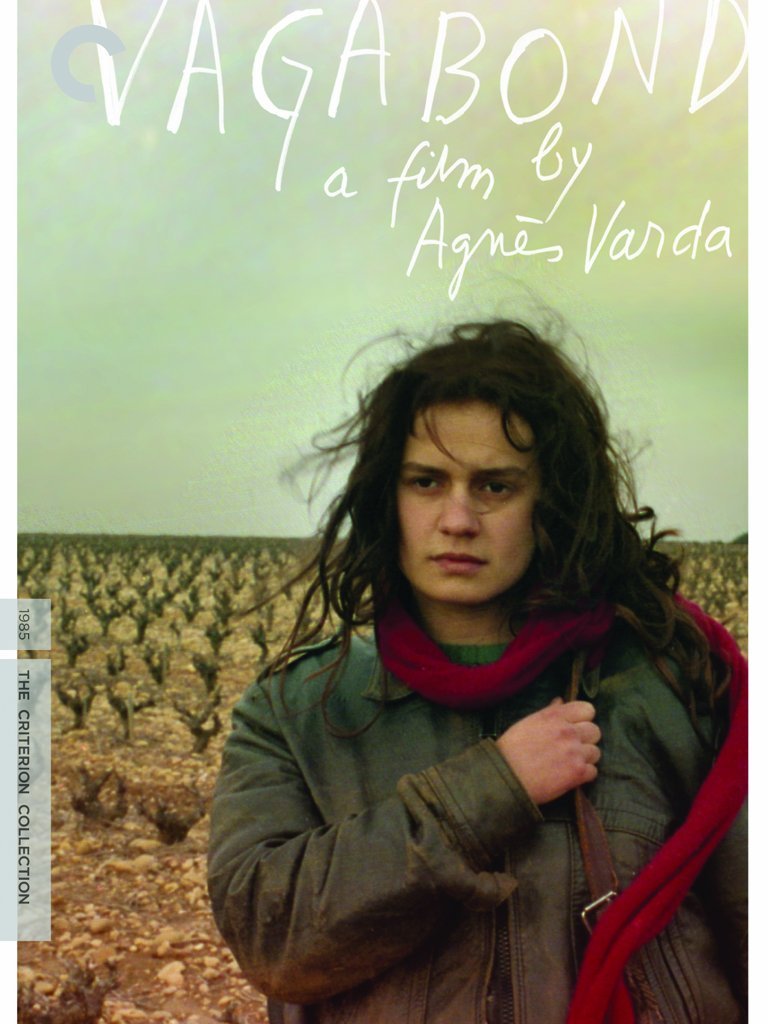 After a period working on documentaries, particularly in the USA (some of these have been released on Criterion’s Eclipse sub-label), Varda had one of her biggest commercial successes with this story of a drifter called Mona (Sandrine Bonnaire) found dead in the south of France. As is typical of her filmmaking style, Vagabond (the French title translates as “Neither roof nor law”) has a powerful documentary quality, being structured around a series of interviews with those whose path Mona crossed, sometimes breaking the fourth wall by looking directly at the camera. Varda’s fluidly moving camera tracks Mona in her movement from one place to another, as she finds temporary respite or shelter, and occasionally even a companion (though she is as likely to shuck these people off without any apology as the opportunity arises; scenes sometimes start with her walking beside someone, and then just leaving them, unprompted and unremarked upon). It’s a master class in filmmaking style, accomplished in framing and movement without being show-offy, but it’s also a deeply empathetic portrait of an often unlikeable central character, whose direction is largely her own choice — at least within the limits of the harsh wintery environment, not to mention those forces of authority she meets. Bonnaire is riveting in the central role, as she becomes ever dirtier (contrasted with other female characters, who are sometimes seen bathing to emphasise the contrast) and is gradually divested of her possessions as her shoes inexorably wear down, though she never loses her dignity or desire to keep moving. There are so many little moments of good humour, fleeting portraits of people living with what they have (but more often have not) got, that the film is never boring, and it’s certainly never condescending.

Criterion Extras: The director has filmed some excellent extras to this disc, which given her strength in the documentary format, are all well worth watching. The most significant is Remembrances (2003), in which Varda looks back on the film and its impact and talks to her star Sandrine Bonnaire as well as other people who appeared in the film, revisiting some of them and asking what they remember about the film (in much the way their characters recall Mona within the film). She also amusingly reveals that in fact trees were central to her original idea, hence the long digression about canker in the film and the presence of Macha Méril’s character, who looks after dying plane trees. The Story of an Old Lady is meanwhile a shorter piece she shot at the time of making the film, about the rich old woman played by Marthe Jarnias (herself far from rich), though the film is presented as it survives, rotten with mould. There’s a short contemporary radio interview with novelist Nathalie Sarraute (to whom the film is dedicated), prefaced by Varda, though as the interview makes clear, Varda isn’t exactly sure where the inspiration lies exactly. There’s also an informative conversation between Varda and the film’s composer in Music and Dolly Shots (2003), where she talks a bit more about the key lateral tracking shots which structure the film and how these were combined with the musical score. A year or two back I spent a number of reviews focusing on the films of Jean-Luc Godard, and I think I did pretty well covering his career, but inevitably with such a prolific talent there were going to be gaps. Now the BFI has come along with a full retrospective so I’ve been trying to fill in some of those gaps, and from his most famous period of work (in the early- to mid-1960s), Une femme mariée was the most high profile film I’d not seen. That said, it’s still largely overlooked in favour of his films with Anna Karina, which is a pity because it exhibits a great amount of formal beauty, as well as giving a clear sense of Godard’s (rather less attractive) relationship to France and to women. In terms of the formal characteristics, we have the usual flattened frontal perspectives, starting with extreme close-ups on fragments of star Macha Méril’s unclothed body, as she is caressed from outside the frame by the hands of her lover, all rather startlingly and gorgeously composed by Raoul Coutard’s camera, as an extension perhaps of the anatomisation that began Le Mépris the year before. This technique is returned to throughout the film, as Méril’s character Charlotte bounces between the two men in her life, Robert and husband Pierre — though they sort of merge, at least in my mind, into something approaching an archetype of French manhood (just as Charlotte is, as originally conceived, The Married Woman of the title, albeit later changed to the indefinite article at the behest of the French censors). Even more persistent than the men is the influence of women’s magazines and advertising in her life, as she absurdly measures herself against their strictures, and it’s perhaps this body fascism which she is most wedded to, and which accounts for the formal strategies Godard adopts. It’s undoubtedly a fine work of modernist filmmaking, but it feels to me very much still like the work of a man looking at a woman (the problem I suppose I have with most of Godard’s output, especially during this era), but making this so central to the conception of the film as a whole is surely an achievement nonetheless. In any case, it certainly deserves a more prominent place in his filmography than is popularly accorded to it. 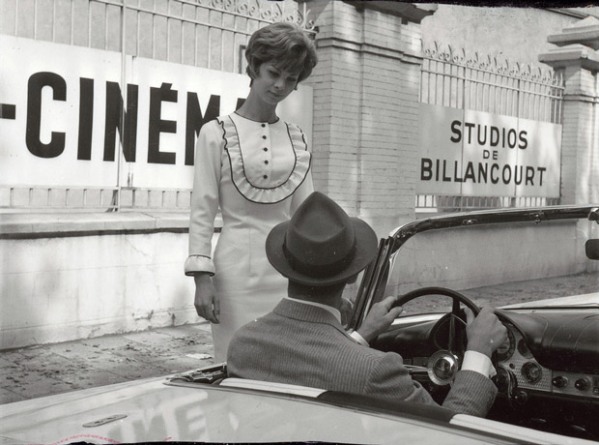 The short film La Paresse (1962), included as an episode of one of the many fashionable short film anthologies that were popular in the 1960s, is a droll take on the deadly sin of sloth. Niftily edited with Godard’s usual stylish flair, it has Eddie Constantine picking up a young starlet (Nicole Mirel) in his car and taking her back to his place. Constantine at that point was a man known from various popular action and adventure flicks, but here his character can barely even be bothered to tie his shoelaces, and opts out of sleeping with Mirel as he can’t be bothered to get dressed again after.