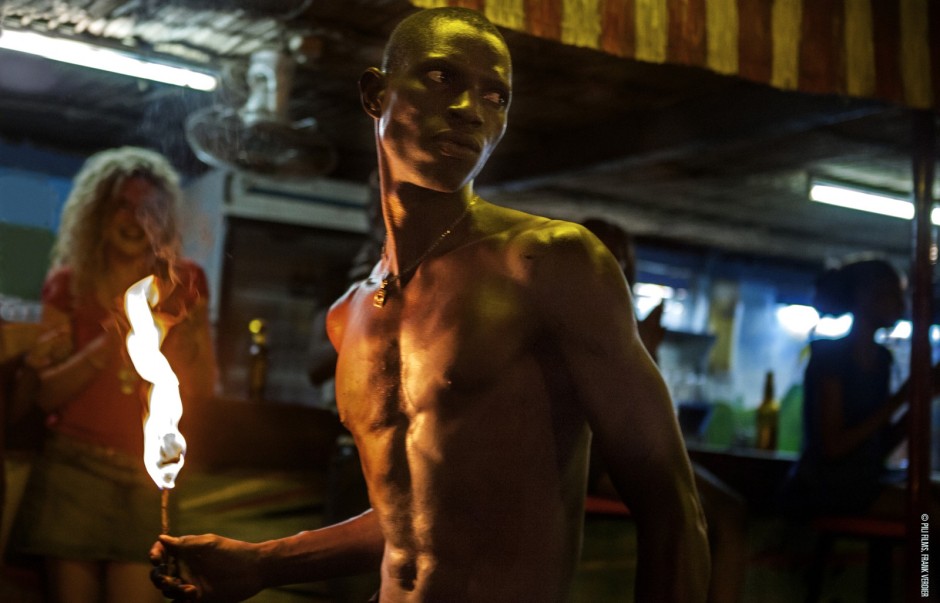 Not ostensibly a major player in world cinema, Chad is probably the African country I’ve seen more films from, solely due to the work of Mahamat-Saleh Haroun, who has carved out a distinctive an ongoing voice for himself representing the country. Works like Daratt and A Screaming Man made his name, and he’s also made work in France (with 2017’s A Season in France). His latest film was made last year, Lingui: The Sacred Bonds (set again in his native country).

A country which stretches from the arid Saharan north, through an arid Sahel belt in the centre to fertile savannah in the south. It is indeed named after the lake which is the second-largest wetland on the continent (though may have shrunk by up to 95% between the 1960s and 1990s), itself named from a Kanuri word meaning “large expanse of water”. Some of the most important archaeological sites are located in Chad and habitation became denser from the 7th millennium BCE. As a crossroad of civlisations, the earliest known were the Sao, but the Kanem Empire took over around 800 CE and lasted the longest, though the Bagirmi and Wadai emerged in the 16th and 17th centuries, and each raided for slaves from the south. French colonial expansion took hold in the late-19th century and by 1920 they had taken it in as a colony, part of French Equatorial Africa (with what are now CAR, the Republic of Congo and Gabon). Even compared with their other colonies, modernisation was slow and education was neglected, as France treated it merely as a source of cheap labour for the cotton industry. After WW2 it became an overseas territory and had an assembly, in which the largest party was the PPT (Chadian Progressive Party), and upon independence on 11 August 1960, the leader of the PPT became the first Prime Minister, François Tombalbaye. His autocratic rule sparked a northern insurgency and civil war, with Hissène Habry taking the capital in 1979 (several years after the deposition of Tombalbaye). Libya tried to use the fragile balance of power to take control (in the so-called Toyota War), but were repelled in 1987. Habré consolidated his dictatorship but was overthrown by his deputy Idriss Déby in 1990 (both died in 2021, the former from COVID while imprisoned in Senegal for war crimes, the latter in combat while fighting an insurgency). A transitional military government under his son Mahamat Déby is currently in power.

As a country blighted by civil wars and insurgencies, as well as chronic underinvestment while a colony of France, understandably cinema has not progressed quickly in the country. The first film made there appears to have been a 1958 John Huston film, and the earliest indigenous work documentary short films made by Edouard Sailly in the 1960s. The few cinemas which existed closed down due to civil war, but some stabilisation post-1990 allowed filmmakers like Mahamat-Saleh Haroun (the country’s best-known internationally) and Issa Serge Coelo to make a name. As of 2011, there is apparently only a single cinema in the country.

This is a stylish film from a director who has very much proved himself in his filmmaking, but it’s also one that is truly built around a riveting central performance (in this case from Souleymane Démé). The title character is a studio photographer by day (his dad’s trade) and a dancer in nightclubs by night. He loves the dancing, and even though his legs are paralysed, he makes such effective and spectacular use of them in his dance routines, but it’s a not a film about overcoming physical limitations, it’s about what happens when you need to make choices beyond your control. He falls in with some dodgy guys and ends up doing a bit of smuggling to make money and that’s when things start to unravel a bit. It all moves at a deliberate, slow pace but it’s never unclear about what’s going on or who’s motivated by what, and it all ends in a spectacular scene that I shan’t go into obviously but, well, just don’t mess with village women in Chad I guess.

Whānau Mārama – New Zealand International Film Festival also presented a number of new films by established directors (auteurs if you will) and one of my favourites of this millennium so far has been Chad’s Mahamat-Saleh Haroun, who directed Daratt and The Screaming Man amongst others. He has worked in France with stars recently, but his latest film returns to N’Djamena, specifically about a young woman seeking an abortion (one of the recurrent themes of films at this year’s festival, as of recent years, as this issue becomes increasingly politicised by regimes around the world). Anyway, it may not be his best film, but it’s as good as any other filmmaking on show.

It is indeed possible to sum this film up pretty pithily as an abortion drama set in Chad, from Chad’s pre-eminent director Mahamat-Saleh Haroun. But as others in that sub-genre attest, such dramas are as much about tracing the cultural (and often class or race-based) specifics of its setting, and Lingui builds up a fascinating picture of a community of people in a country where the practice is banned, though clearly fairly easy to obtain if you have a lot of money. There’s a lot that the film exposes in the way of bleakness and corruption, but to focus on that would be to ignore the strong and generative support that is created within the community from sometimes unlikely sources. And while the mother is clearly angry at her daughter for having got into this situation at first, as the film goes on her character starts to become more accepting and understanding, reopening ties with her estranged family and, not incidentally, her daughter. It would all be heartwarming stuff if not for the underlying drama, but it’s beautifully told as you would expect from Haroun.

Recently, I reviewed the French-set Une saison en France (A Season in France, 2017) directed by Mahamat-Saleh Haroun, but his earlier works were made in his native country of Chad, which he left in the early-1980s. As becomes clear in these films, his is a country torn apart by Civil War — more or less constant, but flaring up regularly, since the country’s independence in 1960 — and a result of colonial-era divisions between Arab Muslims in the north, and Christians in the south.

END_OF_DOCUMENT_TOKEN_TO_BE_REPLACED

A warm, human story about an excellent father (Eriq Ebouaney) and his kids trying to make a new life in Paris after fleeing civil war in the Central African Republic. It moves slowly, showing the father’s life working in the markets (having been a French teacher back home), and that of his brother, who’s a former philosophy professor, still dressed up snappily in a suit and tweed jacket as, dispiritingly, we realise he’s heading towards a shop where he’s working on security. All of them have new connections, new relationships, they have jobs and places to live, and yet ultimately no security, and the film is absolutely focused on just how tenuous everyone’s hold on security is in this kind of place, especially as we move towards the end, surveying the bleakness that awaits, the systemic deracination that Western nations (and Europe specifically) have effected on those who are in this desperate situation.