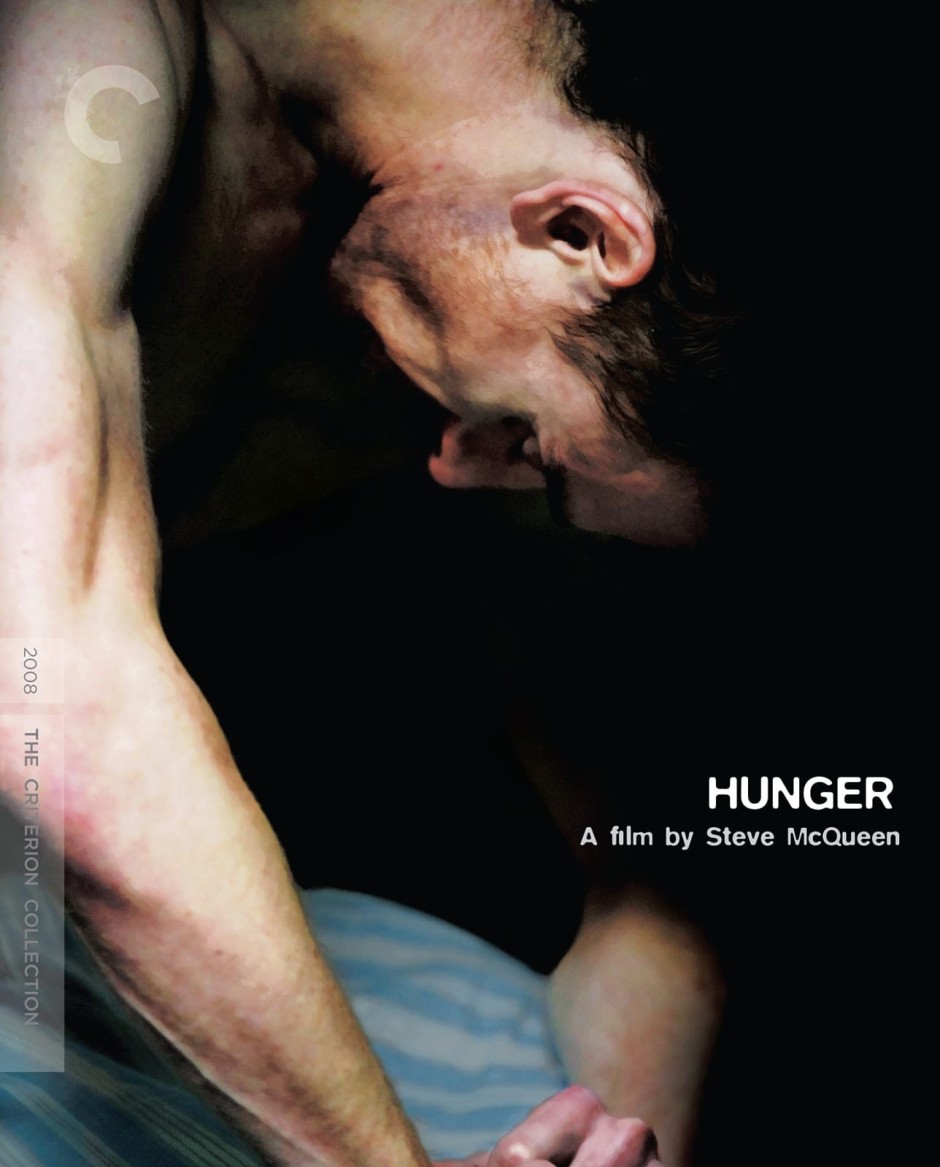 The subject of this film is undeniably tough, like Steve McQueen’s later film about American slavery (12 Years a Slave), and one that I had put off viewing for some time. I remember watching Wang Bing’s epic documentary Dead Souls a few years ago (about Mao-era Chinese re-education camps) and one of the most striking and upsetting things was the extensive descriptions of what happens to the human body when it’s starved. Here instead we get a visual depiction, and though McQueen leaves much of it to the last 15-20 minutes, it’s still impossible not to reckon with the image of Fassbender’s body, not unlike that of the slaves in the later film, even if their situations are obviously different. Bodies remain a focus throughout, and wounds, like those on the knuckles of the prison guard that start the film, making us wonder how they were sustained (and pretty quickly we find out). Quite aside from his knuckles, that guard’s fate makes it clear that nobody really benefits from these struggles. That said, McQueen is fairly circumspect with the politics: the points it makes are largely visceral ones, and Bobby Sands’s place in re-energising nationalist republican politics isn’t explicitly confronted, though the centrepiece of the film is a bravura single-shot dialogue he has with a partisan priest (Liam Cunningham) shortly before starting his hunger strike, in which he sets out his philosophical basis for the action. (I didn’t learn from the film, for example, that Sands had been elected an MP in the UK Parliament while he was striking, nor about the specific demands that led to the end of the strike, after 10 men had died.) After all, you don’t need to have characters speaking about the brutality of British rule when it is enough to see the conditions of the prison and their struggles to retain some dignity. So ultimately, for all my fears about the film, it walks a line between the visceral evocation of horror and a visual artist’s eye for semi-abstraction in the compositions; this is McQueen’s debut, but it merely begins a new phase in his artistic work after many years at the forefront of gallery-based visual arts.

Again travelling around the world, and at any film festival I always try to make space for some African films. Whānau Mārama – New Zealand International Film Festival featured a few of these, and though my favourite was probably Lingui, the Sacred Bonds by Chadian master Mahamat-Saleh Haroun, this Ivorian film certainly is diverting. I didn’t fully understand it, but there’s a deep and tangible sense of mystery to it that’s quite compelling.

This is a strange and oblique film that has a certain intense power despite (or because partly because of) its sense of mystery. It’s the mystery perhaps of religious observance, with a hint towards a ceremony where servant and master are reversed as it is in the prison which is the film’s setting. Here it seems the prisoners are in charge (though still prisoners) and where when the red moon rises a storyteller holds court and takes them through to a new day where order is (violently) restored. We follow the young man who becomes the Roman, or storyteller, and the unmoored narrative feels sometimes as close to science-fiction as it does to folk tale: certainly all the names and titles, ancient enmities and conflicts, a sense of impending doom (or perhaps release), could be from any given fantasy film set in any era, although this one is also firmly in ours. I don’t really have many of the tools necessary to fully engage with it (plus it was late and I was quite sleepy) but it certainly has something compelling to it.

A classic prison break movie that aside from some largely perfunctory flashbacks is all set on an island prison as Burt Lancaster tries to sway people round to the idea of escaping. It helps that nobody likes the brutal Captain Munsey (Hume Cronyn), and though his power is nominally held in check by the warden, that’s a fragile balance at best. The film is most convincing dealing with the powerplay between inmates and guards, especially Munsey, and Cronyn commands the screen less with physical size as with small gestures and quiet commands which carry the weight of punishment behind them (and enforced by his burly goons). It’s a war film by any other name, in which the guards are the Nazis and the prisoners the captured PoWs, but repositioning it this way means there’s less patriotic heroism at stake and so things are free to go wrong for everyone. Looks great with the stark black-and-white and clearly influenced a number of other films in the same genre.

The film I’m reviewing today has been picking up plaudits all year, and I believe is already on Amazon Prime so well worth checking out, but I was pleased to give it my support and watch it during the London Film Festival.

This is a film. It’s the second black-and-white film I’d seen in the same day dealing with Black lives in modern America (after Netflix’s The Forty-Year-Old Version), but this has a richness in the telling that belies its origins. A lot of it is archival footage, covering the way that a woman, Sibil Fox Richardson (or “Fox Rich” for short), has been waiting and campaigning for her husband to be released, after a 60-year sentence for an ill-advised robbery committed when he was younger. A lot of the film just tracks her through various events and life stages, as her kids grow up and she speaks about her attempts to reform the system, chasing up judges and parole boards. It all coalesces in the final minutes in a sequence that really floored me, in its beauty and its empathy, and I feel revived in a very real way.

My two films for the third-to-last day of the London Film Festival were two dramas touching on murder, both made by American directors, although quite different in many other ways. After all, one is a Mediæval-set Icelandic folk tale based on a Brothers Grimm fairytale (i.e. the proper weird old-world stuff), and the other is set at a Death Row facility in the States, but in both settings the characters follow their own twisted logic to its murderous conclusions.

END_OF_DOCUMENT_TOKEN_TO_BE_REPLACED

In my week focusing on Australian films, I’ve already covered some modern classics including Aboriginal director Tracey Moffatt’s beDevil (1993) and a number of documentaries interrogating Australia’s colonialist and racist societal dynamics, notably Another Country (2015). Warwick Thornton is probably the most prominent director from an Aboriginal background currently working in the country, and over the course of a number of short films and two features has burrowed into this history, stepping back to the 1920s with his most recent feature Sweet Country.

END_OF_DOCUMENT_TOKEN_TO_BE_REPLACED 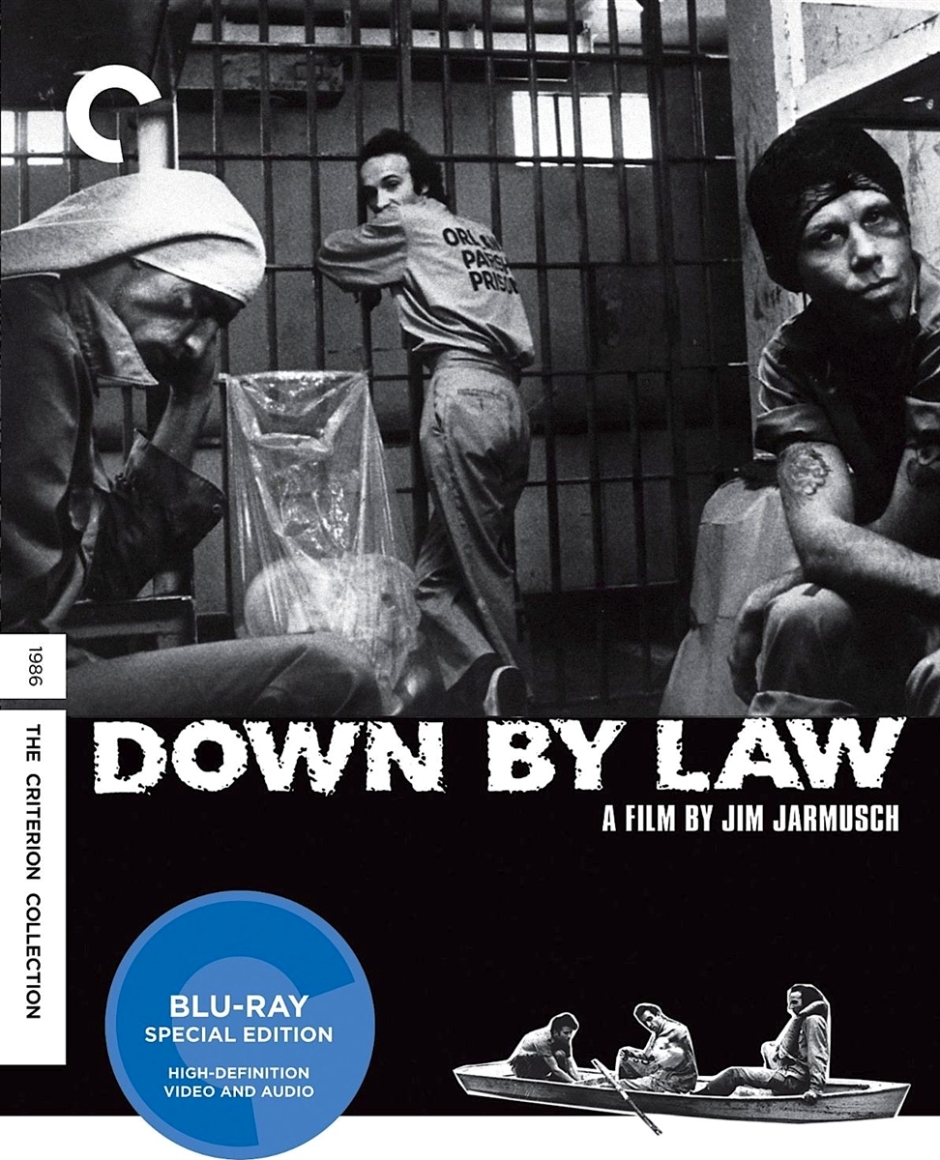 One of Jarmusch’s early minimalist existentialist black-and-white films, structured around a fairly genre setup (crimes, trials, imprisonment, escape) without bothering to show any of the mechanics, just the interpersonal relationships of its three leads. It really looks gorgeous thanks to Jarmusch cannily recruiting Wim Wenders pre-eminent DoP of the 1970s, Robby Müller, and the style works well within that high-contrast black-and-white frame. The New Orleans/Louisiana setting is used well for its expressive architectural and natural possibilities, though the film is a little less sure-footed when it comes to race, which you’d think would be a bigger part of a story from that part of the world. But what it does do, it does with exemplary finesse, that same spare deadpan storytelling that Jarmusch would continue to deploy throughout his career. There’s also a memorable comic turn from Roberto Benigni, a figure who would become far more grating in the following decade. 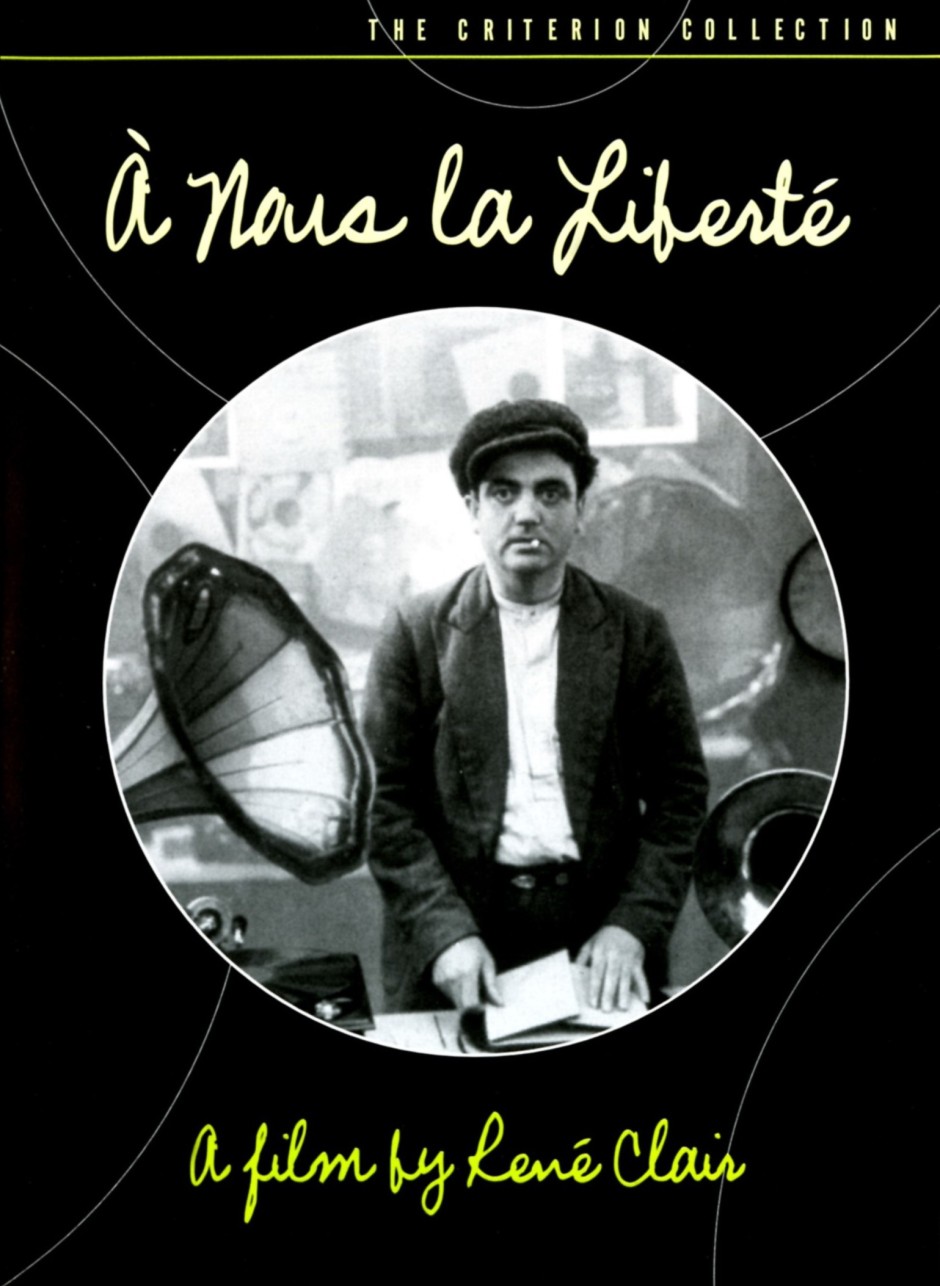 A fine early sound film which deploys its synched sound only sparingly and has a sort of musical structure to it. The plot is convoluted, but revolves around two friends who attempt a prison escape together, are separated and thereafter take a different path through life. Its key conceit seems to be that prison and factory work are pretty much interchangeable, and for something billed as a comedy, it’s comic in only the most cosmic sense as there’s little that’s really uplifting in the plot and paves the way to Tati’s own later satires on modernisation.

I was thinking I’d already seen a film like this one in the Criterion Collection before I came to write it up here and realised I’d seen this film before, years ago. That said, the prison escape thriller is hardly an exotic genre, and some of the procedural matter-of-factness and the way it dwells on little repeated details is very reminiscent of thrillers of the era like Rififi, which likewise focus on elaborate carefully-orchestrated plans made in luminous black-and-white. It all passes very swiftly, as there are plenty of long sequences that are gripping because of all the things you imagine could go wrong. The fact it’s cast with mostly non-professional actors (including one of the chaps involved in the escape upon which the original novel was based) is all the more surprising given they all give the feeling of being seasoned pros — the guy in the poster is a ringer for Sterling Hayden, which is probably why I thought I must have seen him before in something. (The only real professional actor was in The Umbrellas of Cherbourg and Lola, so he is easy to spot, being quite photogenic.) No, this is fine filmmaking at a very granular level, building up character through the tiny accretion of details.

The Criterion Collection hit an early nadir with Michael Bay’s bombastic world-destroying Armageddon (1998) — I imagine some people even consider this the worst film in the whole collection (though for me, so far, it’s Chasing Amy, sorry Kev). So it’s fair to say my expectations weren’t high for the film Bay made just before it, The Rock. That said, there are no more of Michael Bay’s auteurist Gesamtkunstwerken in the collection, so I need never watch another of his films again, and perhaps this buoyed me into actually — a little bit — enjoying this festival of silliness. That said it might just as easily be the presence of Nic Cage, an admittedly unreliable but off-the-wall star (still holding it in a little, as he was wont to do at his awards-feted mid-90s height), or the steadying effect of Ed Harris and Sean Connery, two fine screen actors. I didn’t believe for a moment any of the plot contortions that see Ed Harris’s rogue military man take over Alcatraz and threaten destruction on the people of San Francisco — events that lead to Cage and Connery’s involvement. Indeed, I feel little interest in recounting these here. Twenty years on from its release, you’ll have seen the film already, or you’ll have decided not to bother with it, and who am I to criticise your decisions, borne of a cultural awareness hard-won for all of us labouring through those squalid trenches of mainstream blockbuster moviemaking. Still, if you were forced to see it — let’s say, if you were watching the whole of the Criterion Collection from earliest to most recent — then you could do worse. And, after all, how can you ever appreciate the austere rigours of arthouse at its most steely if you don’t also watch the popcorn-munching chemical-warfaring action nonsense too.