This very much feels like a film from 1941. Almost every account of the film seems to want to mention that it was Winston Churchill’s favourite film (even that maybe he wrote one or two of Nelson’s speeches), but that’s the kind of thing that feels apocryphal: it’s a film that is engineered to feed into the war effort, and is thus part of a propaganda machine. If Nelson’s speeches feel Churchillian that’s because they are designed to be a rousing call to arms against a foreign despot hellbent on European domination. Still, for all that, this cannily remains focused on Vivien Leigh’s title character, Emma Hamilton, a Lady but one of dubious morals, it seems. Or perhaps not dubious, but certainly a woman who remains hampered throughout her life by the taint of her class background. You can see it in the aristocratic men who fall for her, falling for an image or idea of her (as a teenager she was the model for a number of paintings, particularly by Romney), but who keep her at arm’s length, never quite admitting her to the centre of society, and thus it’s framed by the story of her sad demise. It also feels a little wayward in its plotting at times, taking us down side roads that don’t seem to add to the drama at the heart, which is about her affair with (real-life husband) Laurence Olivier’s Lord Nelson. It ends up feeling like a missed opportunity with the strong undertow of wartime propaganda, albeit a much more palatable way to spin that.

I can imagine this film at the time seeming quite quaint and old-fashioned. It very much still feels like a silent film: most of the exposition is done via text-heavy images of book pages like a silent film’s intertitles and there’s very little in the way of spoken dialogue. It also, even for the period, feels rather slow with a minimum of plot drama; much of the film revolves around the atmospherics that Dreyer and his production designer and cinematographer are able to evoke. It is the very cinematic expression of the uncanny/unheimlich, as many of the images are filmed with a heavy grain, almost washed out and shot through veils, like the title character’s dream (which is after all the subtitle of the full German original title). It’s a morbid, imagistic and fantastic dream or nightmare, a reverie of the waking dead, and vampirism just seems like part of the heavy folk stylistics being conjured here, only added to by the heavy somnabulistic movements of the amateur aristocratic socialite (Nicolas de Gunzberg, credited as Julian West) in the lead role. Certainly the vampirism doesn’t seem to connote the blood-sucking of capitalists as it can in more modern interpretations, but instead evokes the sense of an ancient rural curse and restless vengeful spirits. It’s all very mysterious and beautiful, whatever inspires the horror, and while it doesn’t conjure the same kind of frightfulness as modern works, it has its own sense of the uncanny.

The history of women making films in France, as in the United States, stretches back to the silent era. Musidora’s formative influence as a director and star (in such films as Soleil et ombre and Pour Don Carlos) extends to this Colette adaptation, an early sound film, as she was originally attached to the project. The film was restored in the mid-1990s and was presented again as part of the Musidora strand at Il Cinema Ritrovato in Bologna.

Based on a text (and with a filmed introduction) by Colette, this is a delicately-told story of a woman trying to free herself from the bad, possessive men in her life (it was originally published just as Colette was getting divorced from Willy). The film has long stretches of silent action (though one supposes this is hardly unusual in early sound films) and can be a little unforgiving to watch, and yet there are these beautifully expressive passages, both in the acting (the weary way Marcelle Chantal as music hall actor Renée Nérée pushes a man’s hand off her, or a subtle raise of her pencil-thin eyebrows while drinking wine) and the direction (Renée’s experience with two different men are united via lap dissolves between the scenes, as their actions are a further indictment of chauvinist arrogance and predatory intentions). In terms of tone, it feels like a precursor to the ‘poetic realism’ that would take hold in French filmmaking throughout the decade. As the film progresses, it builds up these short scenes, little vignettes of a sad life, before a final sequence at the docks as she longs to sail away. 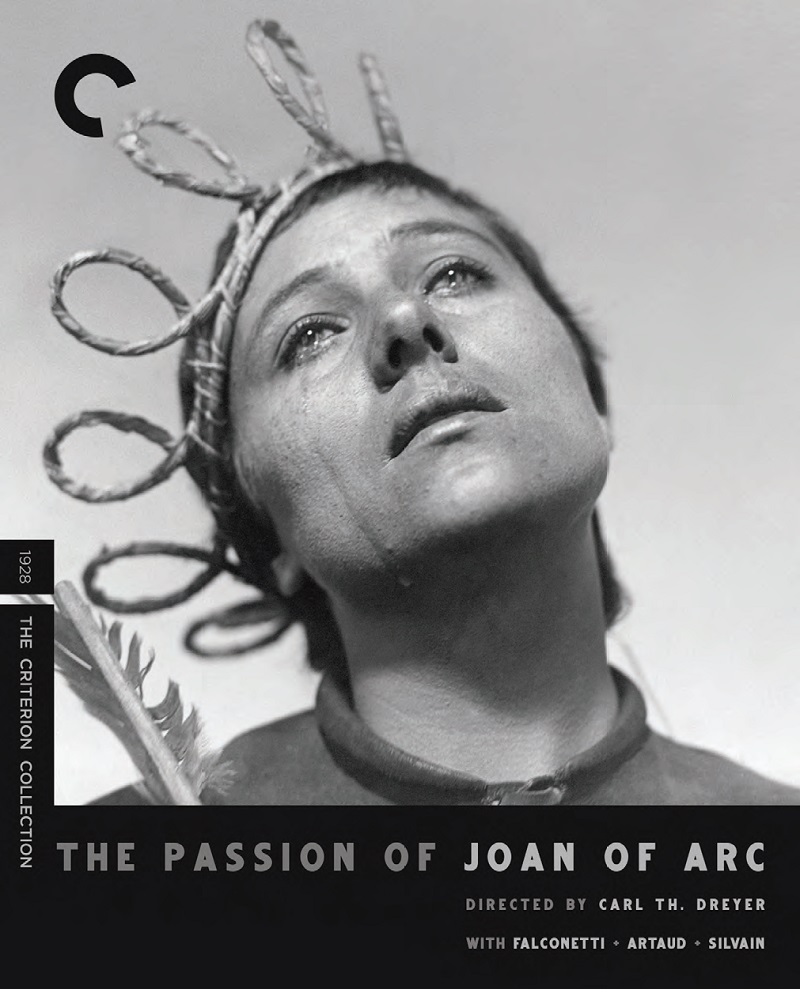 I don’t know there’s much more to add about this most famous of Danish director Carl Theodor Dreyer’s films, a masterpiece of the late silent cinema and one of the greatest in all of film history. It may not even be my favourite Dreyer film (he had some fantastic later works in his native land), but it seems working in France with a bold and expansively modernist set, and some fine theatre actors, was no great obstacle to his vision. Amongst these actors are Antonin Artaud as one of the more sympathetic of Joan’s accusers, though of course — whatever Dreyer’s important contributions may have been to this film and to cinema as an art — it is Renée Falconetti in the title role who remains the film’s iconic and lasting presence (she was never to act in cinema again, preferring the stage). The film takes the transcript of Joan of Arc’s trial for heresy, and dramatises it, largely in a series of close-ups on the faces of these stern, judgemental men in their austere courtroom as Joan meets their gaze and responds with patience and unwavering belief in God, undiminshed by their taunts or by the mistreatment from her English captors. It’s a film which seems scarcely to have aged.

Seen at Filmhouse, Edinburgh, Friday 27 June 2003 (and earlier on VHS at the university library, Wellington, September 1999, and on several subsequent occasions at home, most recently on DVD at a friend’s home, Sunday 15 November 2015).