The idea of a man on the run for his life reminds me a bit of an early Criterion Collection film, The Most Dangerous Game (1932), although this is much less camply genre-inflected. After all, it seems to be rehearsing some form of colonial politics, albeit as seen by the white guy at its centre (writer/director/actor Cornel Wilde). For an international co-production set in Africa in the 1960s, I could say it’s not as racist as I had feared, but that’s not to say it’s not deeply problematic, just that I’ve seen much worse (sadly; another Criterion film, Sanders of the River, comes to mind). Visually it has a sort of National Geographic view of tribal rituals, and while it allows its tribespeople the dignity of some agency, and credits them prominently, there’s still a slightly leering view of half-naked people, and the lack of subtitles for their speech puts it at some remove from their point of view. Still, it integrates the local musical traditions quite nicely, and there’s a certain degree of thrill in the chase, even if it all stays fairly firmly on the side of the colonialists.

Following this morning’s review of Even When I Fall, my mini-theme today (within my Sheffield Doc/Fest week) is documentaries that take us to different parts of the world. Although this is of course something that a lot of documentaries do, finding a subject that hasn’t been covered can sometimes be difficult, but it’s fair to say there aren’t many documentaries out there about women’s vocational training centres in Burkina Faso, so it’s great to see inside this one.

The film takes the familiar route of following a small number of people amongst those studying at this Ouagadougou auto mechanics training centre, women who are taking car bodywork lessons to go to work for garages in what is repeatedly referred to as ‘men’s work’. The personalities of the various women all come out slowly, not least because at school they are all largely respectful and quiet (perhaps the situation, or maybe it’s the presence of the camera), but there are some strong words about the importance of this education to them. The film is also made with a fair bit of style of its own, carefully edited and framed well, especially in the introductions near the start. On the whole, it’s a likeable and interesting film about women in an unlikely place. 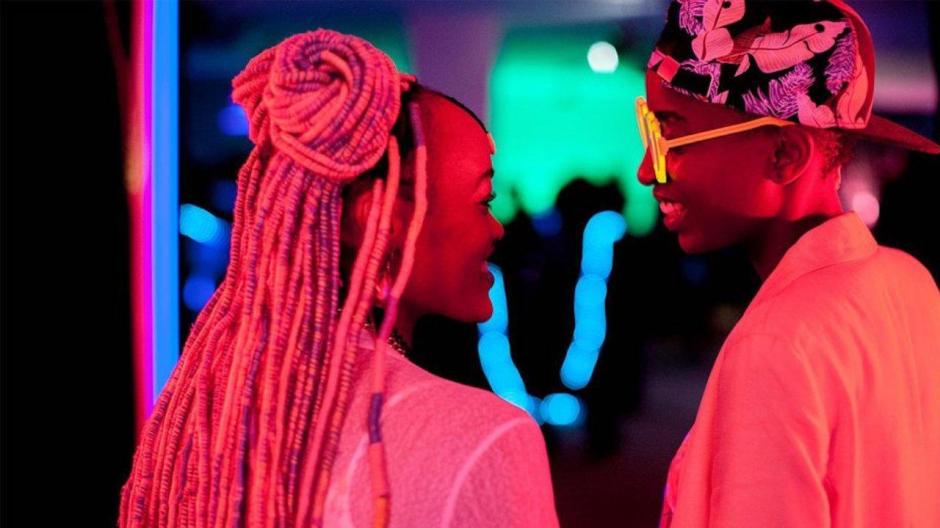 My week of African cinema has covered many different countries, touching on issues of post-colonialist political transition, civil war, religious divides and the like. However, increasingly filmmakers are grappling with social issues that have been undervalued across a largely conservative continent. The issue of LGBTQ rights comes up in this recent film from Kenya, which amongst other things was notable for being (at least briefly) banned in the country.

A charming, brightly coloured, energetic film set in Kenya about two young women falling in love, and their lives growing up in a suburb of Nairobi, with parents each running for political office and a general sense of neighbourhood gossip. It hits a lot of points that are maybe somewhat familiar, but in a setting and featuring characters who very much aren’t (at least, not in the cinema most of us get to see in the UK). It’s not that it finds a new message, but it’s an enduring one all the same, and the story it tells is told very well, with a glossy sheen and easy performances from all the leads that belies its presumably low budget origins. 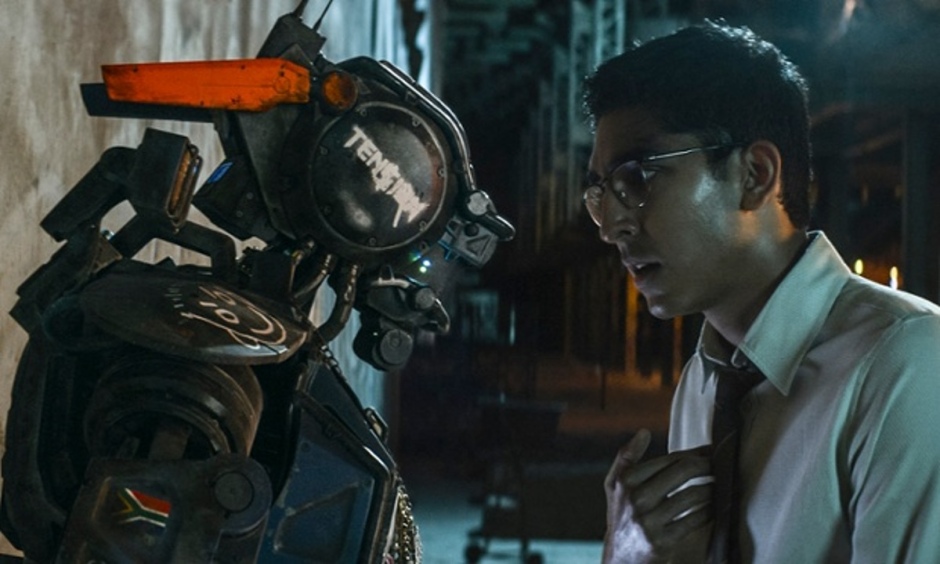 There’s a lot of interesting stuff in this scenario from the director of South African sci-fi film District 9, it’s just that as a finished film it feels a bit all over the place. The director returns to his homeland of South Africa for a story that examines dystopian class distinctions in a police state governed by a huge weapons corporation Tetravaal (whose CEO is played by Sigourney Weaver). If you think RoboCop (1987) you won’t go far wrong, especially as the film starts out with a fake news broadcast to set the scene, and has two competing robot-police projects — the “Scouts” (read: RoboCop) developed by earnest techie Deon (Dev Patel), and the “Moose” (read: ED-209) by gung-ho ex-military Vincent (Hugh Jackman, sporting quite the fiercest mullet and shorts combo ever seen on screen). After efficiently setting up the society and the company’s role, along with its warring developers, the film settles down to follow a group of gangsters (Yolandi and Ninja from the rap group Die Antwoord) who have stolen a Scout being worked on by Deon, the latter of whom has been working on developing a full AI including human emotions and learning. The gangsters proceed to name their stolen robot Chappie and inculcate him with their gangster lifestyle and values (the robot is voiced and ‘acted’ by Sharlto Copley). This would all be fine except that very little of the detail is believable: whether about the company itself (all its staff work in a small open-plan office, and security measures ridiculously lax) or about the interaction between the gangsters and robot. I found it very difficult to believe in the characters played by Die Antwoord or care about their story arc: Ninja is set up as a tyrannical and hateful father figure, but there’s a later twist in which we are required to care about his fate. The film skips back and forth between so many emotional registers that it can become exhausting, and it feels like its natural demographic should be young teenagers, though it’s probably too violent for them. Yet it shows a lot of promise in its filmmaking, in its excellent robot effects, and the big name actors were all a pleasure to watch. Enjoyable enough, but a missed opportunity all in all.