Finishing the week of New Zealand-themed films with one that’s just been released in cinemas here, a multi-generational story written and directed by two women filmmakers, which grapples with some of NZ’s colonialist history and how it has affected several indigenous Maori women.

These kinds of generational stories of trauma, especially ones anchored in memory, feel like the kind of thing that New Zealand filmmakers have been adept at making for some time now. This example is a fine one, with each of the three title characters played by three different actors at various ages (childhood, young adulthood and then, around half a century later I would guess, as old people). The film obliquely blends stories from these three different eras, tying them together with flashbacks but also with visual cues and colours in the set and costume design, which have a poetic feeling to them, and makes up for some of the more sentimental stretches in the narrative. That said, I felt wrapped up in the emotion of the journey, which neatly ties together these strands, evoking a sense of ancestry, of the presence of death and the continuation of life that is presumably drawn from mythology as well as a shared understanding of the meaning of the land and of nature. There’s also, rather more directly, a reckoning with the racist policies of previous generations, especially with regards to orphaned children, keeping them from families deemed insufficiently civilised and placed in foster care (and the foster mother here is a bit of a monster). There’s a lot in the characters here, and in the grand sweep of the melodrama, and for the most part it held my attention well. 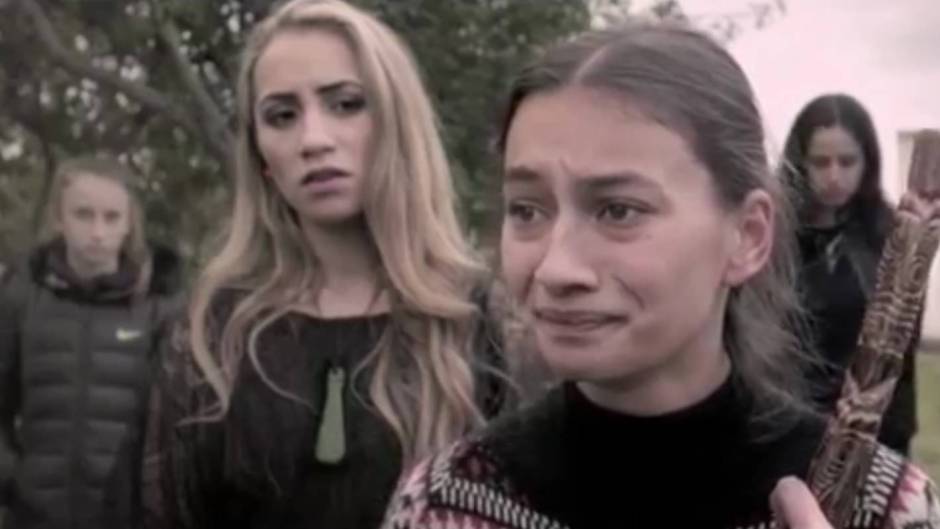 It’s interesting to see some of the directions NZ film has taken, and as a showcase for a disparate range of indigenous Māori women directors, Waru is a fantastic project. It’s more cohesive than a simple anthology or portmanteau film, given it takes place over a single day and all the films deal with a single (tragic) event, but like any collection of shorts, some are better than others. Naturally, though, I hope for more from all of these directors, though it may be hard to find funding in such a small country, so I imagine many of them will see more work on TV.

I’ve seen a number of films that stitch together short films under a vague theme (the Australian film The Turning comes to mind in the last few years), but Waru has clearly considered how these separate films should come together most effectively, and all of them contribute towards a central narrative about a young boy’s death and how that affects a (largely) Māori community, and what actions need to be taken. If there are hints of a heavy-handed moral judgement guiding the story, then the filmmakers (all of them Māori women) largely manage to integrate it into the narrative very well — though for me the sequence dealing with the pākehā (white) media commentators, while understandable, didn’t quite spark as well as the other segments. Visually, the film is held together by a single cinematographer (Drew Sturge), who leans heavily on sinuous, unbroken handheld takes in some of the shorts, but elsewhere has an almost classical rhythm. There’s power to this tale which goes beyond a single-issue televisual film to speak more directly to the kind of society we want to live in.