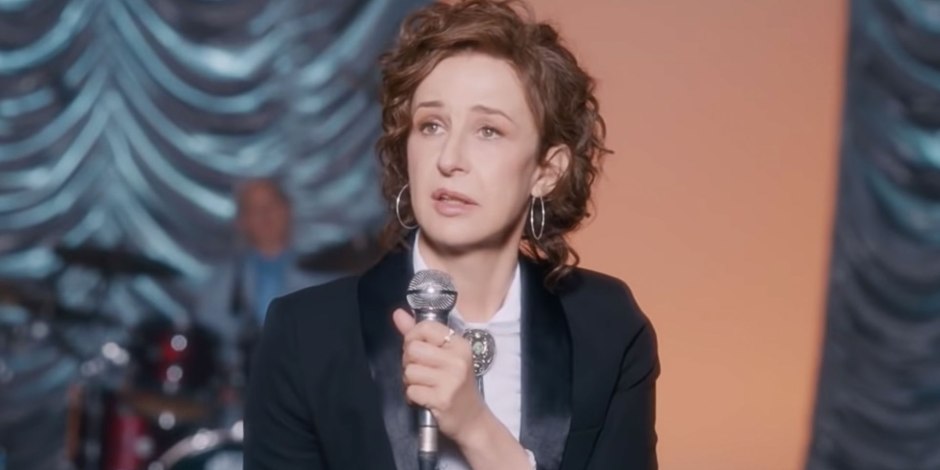 I was uncertain about whether to even go to this film in our local French film festival (I’ve barely engaged with Céline Dion’s music, though I greatly enjoyed Carl Wilson’s 33 1/3 book Let’s Talk about Love), but it turned out to be a highlight. It’s bonkers, let’s be clear, it is a gonzo piece of filmmaking, largely due to the writer/director’s casting of herself, starting with playing Dion in childhood (no younger stand-ins for this biopic). It’s also fictionalised, as I can’t imagine Dion ever giving her blessing to a film about her, certainly not this one, but it feels consistent with Dion’s own persona to be this far out. It’s good fun, though I can easily imagine someone hating it as much as I enjoyed it.

There is something self-indulgent about directing and writing a film about a Canadian pop culture icon and then casting yourself as the lead, but I have to applaud it. The move of then having you, a fully middle-aged woman, playing her as a child as well is the stuff of nightmares, but luckily that section only lasts a short while. Given the (lightly fictionalised) biopic nature of this — Aline Dieu is actually a stand-in for Céline Dion, as is clear from the very opening credits — it has a slightly episodic feel to it, as her life and career is rushed through. Nonetheless, it manages to hit all the requisite emotional crescendos, particularly around her large but supportive family (particularly her doting mother and father), her relationship with her much older manager, and her rather quirky looks — a sort of unkempt gawkiness that the actor/director/writer Valérie Lemercier captures well, without quite looking like the original (but that’s fine; it’s fictionalised after all). I’ve come across Dion in a number of pop cultural contexts, and she always comes across as an appealing personality to me, including in this film, so I really should actually engage with her music at some point in my life. In the meantime, for those of you who don’t really know her songs at all (like me), I can say that the film affected me despite that.