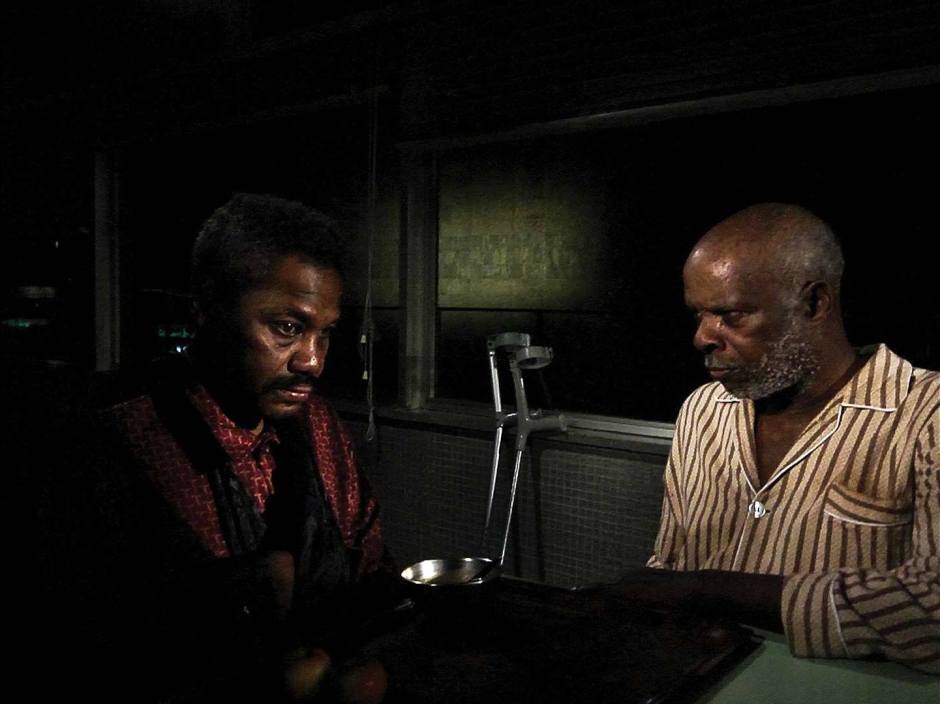 Portuguese director Pedro Costa makes films which are oblique, to say the least. In scene after narratively-indeterminate scene of Horse Money, faces loom out of an inky blackness like shards of light piercing the viewer’s imperfect understanding of what exactly is going on. But though I can’t say it’s always clear, it does make some kind of poetic sense, as we get Costa’s most frequent collaborator Ventura, an elderly Cape Verdean man with a scraggly white beard and a haunted look, wandering astray around a night-time Lisbon. From what I can gather, he’s been confined to a hospital (or a prison maybe) and has escaped, but to be honest I’m really not sure. He has dialogues with others, including Vitalina Varela (a fellow inmate? a revolutionary?) and the disembodied voice of a militaristic statue while riding in an elevator. Scenes come upon one another as if in a dreamlike fugue, snatched remembrances, dialogues with the past. It’s impressionistic at the very least, and maybe even a bit boring if you don’t attune yourself to its peculiar rhythms, but it’s not easily dismissed.