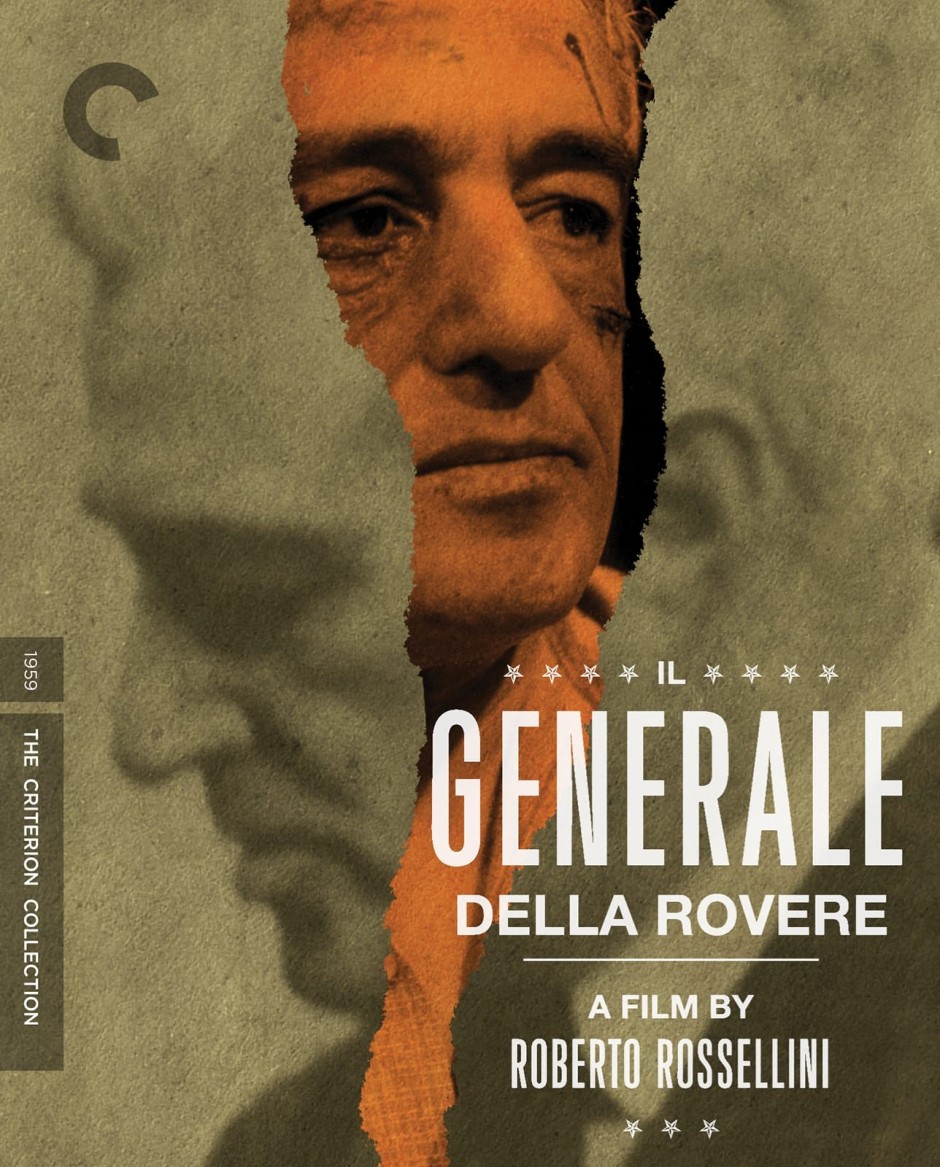 This is a solid film, no doubt, though by 1959 I can’t help but feel this kind of moral drama about the end of World War II was already rather long in the tooth, as well as something Rossellini had himself already explored quite extensively. Still, it sees him collaborate with actor/director Vittorio De Sica, who plays the title role with a great deal of conviction, a small time criminal who is drafted in by the Germans to impersonate a resistance fighter they’ve accidentally killed, in order to extract key information about the ongoing resistance efforts against the Nazis in Italy, and who comes to take on more of the character of the man he’s impersonating. It takes a while for it to get to that point, and that first hour or so of the film where he’s plying his trade in 1944 Italy is compelling stuff, giving an evocative sense of Italy in this period and the kind of moral dubiousness that was at play. I can’t fault any of the filmmaking of course, but it feels like something oddly out of time just as various New Waves were starting to take hold around Europe.

Unquestionably a classic film, and one I have certainly seen before (originally in film class at university, years ago), it’s a heartbreaking story of a poor man (Lamberto Maggiorani) desperate for work in post-war Italy, where there’s hardly a huge amount going spare, who manages to snag a job but needs a bike. Partly it follows that classic formula of piling despair upon despair, because right from the title you sort of know how this is going to go, although I think the film is very careful about how wretched it makes his life. After all, he has his son Bruno (Enzo Staiola), who is steadfast by his father’s side, and he has good friends and neighbours even in his most desperate times, so there’s that counterbalance to the overall story of him searching for his stolen bike that he needs to do his job, with the tiny joys and small hopes that he has even in these dark times. And perhaps there’s a quality to the pristine black-and-white street photography that almost seems to elevate these humdrum and poverty-stricken settings. But I think what the film does best is have that compassion to show how it is a person could come to steal a bike, because the title is in plural after all, and in that desperate quest for the bicycle he sort of meets his antagonist of the opening few minutes within himself, even if he’s far less slick about it all. It’s a film in which the small moments, many of them focused on the son — the camera panning around Bruno as he watches his father speed by on a bicycle, or the way he tugs at his father’s hand — are the ones that really make the drama, but it also of course has its place in cinematic history at the head of a wave of “neo-realist” filmmaking, and a turn after the war towards ordinary lives in these changed political landscapes.

Seen at Paramount, Wellington, Wednesday 18 June 2000 (as well as earlier on VHS at university, Wellington, March 1998, and most recently on Blu-ray at home, London, Saturday 12 September 2020).

Vittorio De Sica and writer Cesare Zavattini collaborated on a number of the best-known Italian post-war films, still regularly getting onto those best ever lists, ones like Bicycle Thieves and Umberto D. This film, made in 1942 and intended for release in 1943 though scuppered somewhat by an escalating war, marks their first collaboration (or the first one that Zavattini put his name to anyway), and it has a lot of the hallmarks that would come to define De Sica’s particular brand of humanism. It has a great empathy for the character of Pricò (Luciano De Ambrosis), a small child of six-years-old, caught in the middle of a wrenching breakup between his parents (Isa Pola and Emilio Cigoli), as the mother is tempted away from the marriage and her son by her lover Roberto. The film’s big events though — the departure of the mother, and the climactic departure (as it were) of the father — are telegraphed very subtly, as the camera remains focused on the child, often indeed being at quite a low angle to the events. The lighting too can be equal to the drama, as in a confrontation between father and son where even at his tender age the son realises he mustn’t reveal what he knows or it will break his dad. It has a melodramatic way, then, but underplayed in the style that would come to define Italian Neorealism, and — for a film made at this time — entirely without any wartime propaganda.

[NB The Wikipedia page lists this as a 1943 film, but it may never have received a proper release that year, which is why Criterion has it down as 1944.]

As a Criterion release, I’m somewhat underwhelmed by this film, even watching De Sica’s longer, original cut (as Terminal Station rather than the shorter version Indiscretion of an American Wife, recut by producer David O. Selznick). It takes the romantic setting of a train station as the locus for its story of two lovers pulled apart then together then apart, a little dance of passion that should be more… well, more like Brief Encounter I suppose. There’s a strange inertness to both Montgomery Clift’s Italian/American Giovanni and Jennifer Jones as the adulterous wife Mary, despite the passionate bond they seem to share. Still, there are some lovely shots and it does create an atmosphere for this forbidding, steamy, loud Italian location.

My sense of this neorealist classic is that as I get older so the film will get better, but it’s one of those portraits of old age as a sad time of abandonment, especially in the context of a country coming out of a divisive wartime experience. However, the skill of De Sica is in making what seems like a pretty depressing watch into something a little more observational, capturing a sort of poetry of the everyday, as Umberto trudges around Rome in search of a little money to pay his rent, or looking out for his dog Flike. His own suicidal ideation is handled with sensitivity, and those occasions when he’s pulled back from something tragic by the slender bonds of love that remain make it the more powerful as a film.