I suspect part of the power of this film lies in its epic running time. This first of three instalments (sometimes called No Greater Love) is itself split into two parts, each with its own credits, so perhaps properly this is the first two parts of a six-part film. In any case, it tracks the life of one man during World War II, played by legend of Japanese cinema, Tatsuya Nakadai. Kaji is a bureaucrat who is posted to Manchuria to help run a mining operation staffed by indentured locals and captured prisoners of war. Already the film is gearing up to examine its major thematic question, which is whether it’s possible to act justly during a time of war. Certainly there’s no particular attempt to soften the edges of Japanese imperialist ambitions of the era, though Kaji continues to try and do the right thing and be an honourable man even when he has almost no agency or control over the suffering around him. His attempts to make reforms at the mine and to treat the workers fairly only drives a wedge between him and his superiors and causes him no end of trouble — and of course the situation he finds himself at the end of this first film is clearly not going to be the worst place he’ll end up. Kobayashi directs in stark black-and-white with plenty of fine directorial touches but this remains a sweeping epic of the sort that was prevalent in this era, all of which presumably owe something to the experience of the previous few decades: a grand statement on the big themes that elaborates on what it is to be just a single person against an enormous system designed to crush everything around it.

Continuing the story of the first two parts, the third and fourth chapters of this epic (called Road to Eternity) chart Kaji as he works as a private in the army, having been beaten down to this in the first film from his work as a mine overseer due to his attempt to show mercy and restraint. Here again his commitment to being a good person is again tested sorely, and again he finds himself at the sharp end of a brutal system of punishment and repression that doesn’t encourage positive behaviour or good soldiering and only rewards giving up one’s life in the futile pursuit of wartime ambition. There’s some lovely stuff here too, and a strong moral thread with Kaji attempting to navigate the constant ritual humiliations of the service, but this is still firmly within the mould of a grand historical epic, and how much you respond to it may depend on your love for the genre.

The third film, A Soldier’s Prayer, represents a fitting conclusion to this epic trilogy about the experience of one Japanese man during World War II. In this third film Kaji finds himself trudging across Manchuria with the remnants of his squad trying to find food, shelter, safety, a way back home — though quite what “home” means in this situation is unclear. Needless to say, his spirit is more fully broken and his attempts to do the right thing, be a good person, become more and more fraught with grief, sadness and a desire for revenge against the injustice and humiliation he’s suffered. There are no particular heartwarming insights here and the idea of happy outcome is by hour 10 of the film somewhat ridiculous, but he continues retain the small flickering light of hope for a better world for such a long time that it hits all the harder when the light starts to fade, as it does through each of the three parts. It’s a grim film about a grim time of history that’s elevated through Nakadai’s central performance and a clear vision.

This ghost story doesn’t have the frisson of controversy that many of Oshima’s other films (it immediately follows his most sensational, In the Realm of the Senses, and has a similar title in the original), but it certainly does look gorgeous. It’s ostensibly a story about a man wronged (Takahiro Tamura) who returns to haunt his wife (Kazuko Yoshiyuki) and her lover (Tatsuya Fuji), but really it is much more about the wife and the way that she is first assaulted by and then lured into a love tryst with a disreputable young man (though the actors aren’t so far apart in their actual age) in 1890s Japan. There’s a fundamental unhappiness at the heart of all their actions, but then again they live a meagre life, he a rickshaw puller and her making ends meet as a lowly servant to a grand home. Like a lot of ghost stories, there’s a great deal of expressive use of the dark, and plenty of grime and filth too, though it’s not exactly scary. It’s more about internal strife and an inchoate desire for something else, some other way of living, some kind of connection with emotion that seems to motivate the woman, and the film’s central tragedy. 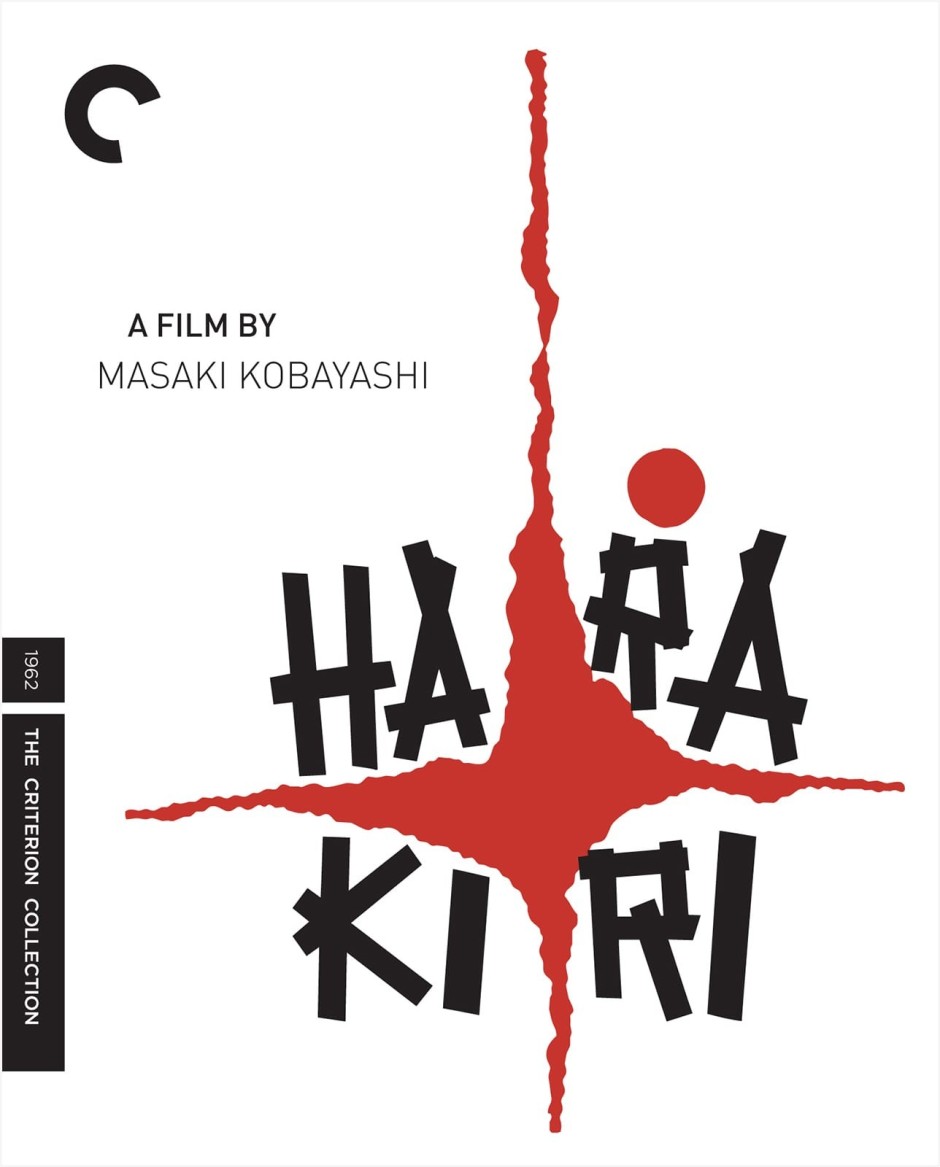 A film named after ritual suicide was never likely to be a thrilling prospect (at least not to me; you do you if that kind of thing gets you excited). However, it turns out this Japanese samurai-era thriller has very little actual seppuku in it, indeed one could argue that the very idea of this kind of ritual dishonour is what the film is keen to address, because neither of the masterless samurai (ronin) who enter the Iyi clan house, both looking haggard and desperate, is really looking to commit suicide. Instead, through a series of elegant shots and beautiful compositions arranged around the hardened and determined face of Tatsuya Nakadai in the lead role as Hanshiro, we get a series of flashbacks that make it clear that there is little honour in the samurai code and that plenty of people (like the Iyi chief played by Rentaro Mikuni) manipulate it to their own ends. In fact, there’s an ultimate bitterness and anger at the way in which those who have fallen on hard times are treated, and the brutality of the Iyi response is what Hanshiro is seeking to confront. It’s a film with depths of darkness in every frame, as within each character, and while it has a lot of the generic tropes that other more famous films (those of Kurosawa for example, and Rashomon doesn’t feel too distant to this one), but it twists them in complex ways: a fight sequence isn’t just a bit of fun swordplay, it’s a fundamental question of honour, and unlike in Kurosawa’s films it’s just one man against a (flawed, ignoble) system. 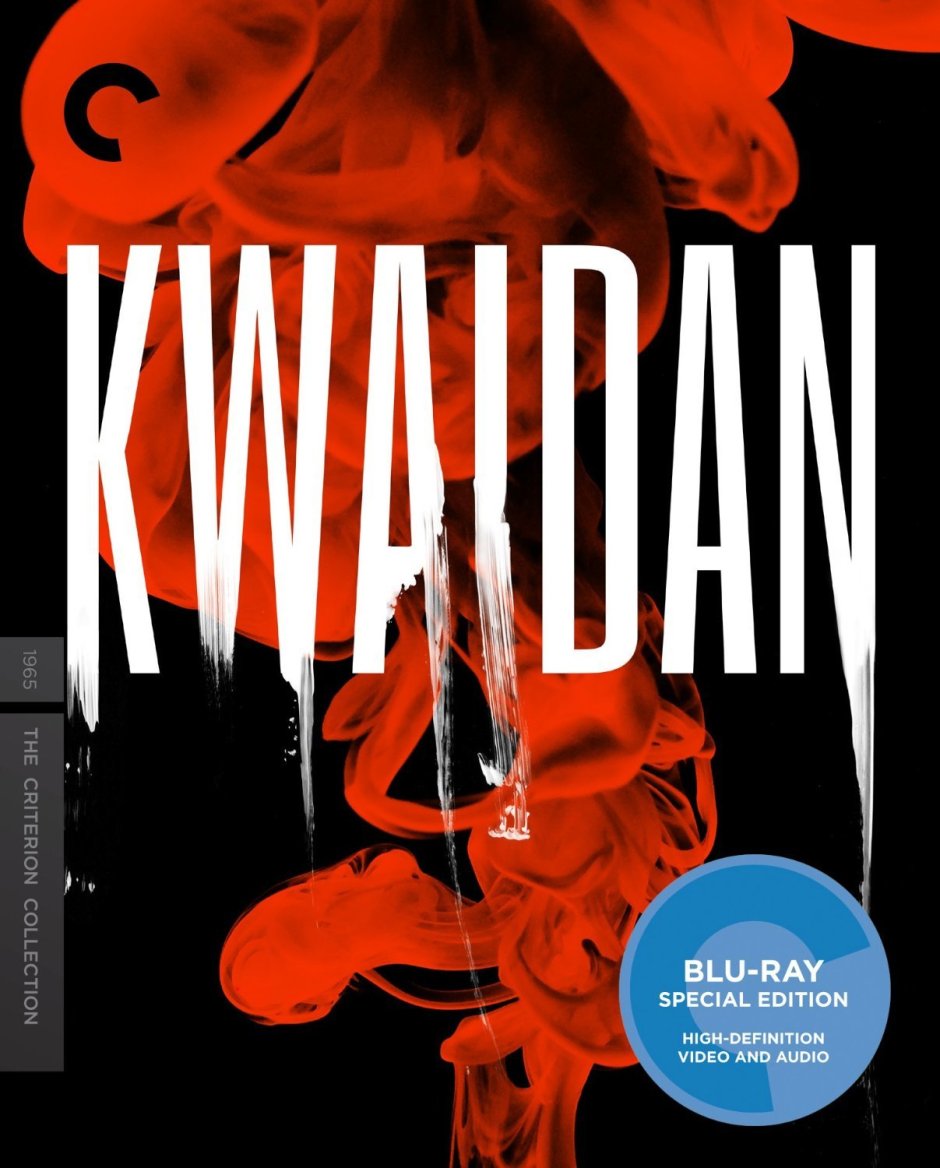 There is no doubting this film moves at a slow and deliberate pace and makes as much use of silence as it does of sound, but these are feelings that pass fairly swiftly as you get drawn into the uncanny atmosphere created by the studio sets and bold non-naturalistic use of colour (Kobayashi’s first film in colour, after a career of monochrome political and social dramas, some of which will show up later in the collection). There are four stories here, the longest being the third, “Hoichi the Earless”, but all of them largely revolve around the living betraying the secrets of the dead and being punished for it. The other stories are likewise strong, from the shortest, “In a Cup of Tea”, in which an author (Osamu Takizawa) is haunted by a face in his tea, to the first two: “The Black Hair”, following a poor swordsman (Rentaro Mikuni) who foolishly leaves his first wife to seek his fortune; and “The Woman of the Snow”, wherein a strange woman (Keiko Kishi) saves a young fisherman (Tatsuya Nakadai, doing his best gormless expressions), but with a caveat. It’s all set in a mythologised era in which the living and dead seem to live closer to one another, with characters like Takashi Shimura’s priest in “Hoichi” being unfazed by the idea of an undead army gathering in an amphitheatre to listen to blind bard Hoichi (Katsuo Nakamura)’s epic oral tale unfold. We listen to it, too, and it’s a wonderful thing, but then Toru Takemitsu’s score throughout is revelatory, with its musique concrète textures integrated into the action almost as a chorus (and sometimes replacing diegetic sounds altogether).

Criterion Extras: This new disc presents the full 183 minute cut (the older Criterion release only had the shorter cut), and adds some more extras. There’s a 15 minute archival interview with the director reflecting on his work, as well as a fuller piece with an assistant director who worked on the film and explains the genesis of this latest restoration.